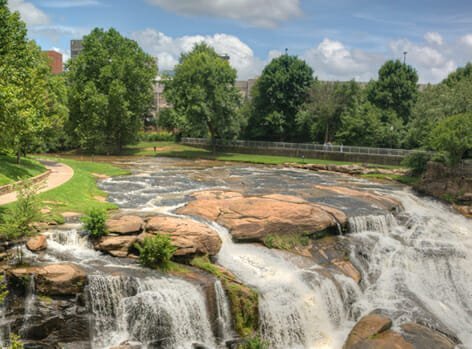 The Future of Clean Energy

The Future of Clean Energy

There’s a story laced with good news and bad news for every energy type. If you’re confused about which ones are clean and which ones aren’t, you’re not alone.

Not-So-Clean Coal
An affordable and abundant local fuel in the U.S., coal is also one of the most destructive. Not only does burning coal emit millions of tons of greenhouse gases, aging coal-fired power plants are exempt from the Clean Air Act and are allowed to contribute massive amounts of air pollution to the environment, including acid rain-causing sulfur dioxide, by the thousands of tons. Mercury, too, can cause untold human health problems, with just 1/70th of a teaspoon possessing the ability to poison a 25-acre lake.

Other coal pollutants include particulate matter that contributes to asthma and premature deaths; nitrogen oxide which contributes to smog and respiratory illness; carbon monoxide that exacerbates heart disease and headaches; as well as cancer-causing arsenic, lead, cadmium and other heavy metals.

Besides air pollution, just one coal plant generates 125,000 tons of ash and 193,000 tons of sludge containing mercury, chromium, arsenic and cadmium annually, most of which is disposed of in unlined landfills, poisoning groundwater and soil. Coal plants also release heated water into nearby lakes and streams, causing thermal pollution that damages fish populations.

“Clean” coal is a group of technologies that attempts to minimize these problems using methods such as treating flue gases for removing air pollutants, coal washing with chemicals and minerals to remove impurities and capturing carbon to reduce greenhouse gas emissions.

Questionably-Safe Nuclear
Making news as of late is the controversial subject of nuclear. It offers many environmental benefits: lower greenhouse gas emissions and air pollution being the most important. Uranium is plentiful in the U.S. and is an incredibly concentrated fuel, with just one pound producing the equivalent energy of three million pounds of coal.

But uranium is radioactive, which creates hazards throughout the lifecycle. Not only do nuclear power plants pose threats to local populations from potential meltdowns, they are also excellent terrorist targets. And as we know, even the most modern nuclear plants are not impervious to the impacts of natural disasters.

Beyond the nuclear power plant, there is the problem of disposing of spent uranium, an expensive, energy-intensive process. Additionally, reprocessed spent nuclear fuel can be used by terrorist groups to create nuclear weapons, creating added security issues for spent fuel facilities. Any other options?

Re-imagined Oil and Natural Gas Technologies
New technologies such as natural gas fracking and tar sands extraction are being used to tap into hard-to-reach fuels. Though these may solve local availability problems, they heap on environmental woes.

Tar sands extraction—a process used to remove sticky petroleum from sand—is now common in Alberta, Canada and some U.S. states. The process begins by scraping away trees and soil to the depth of a three-story building, obliterating local ecosystems. The sticky bitumen is then flushed with millions of tons of water and chemicals to get at the petroleum. The waste water is deposited into tailings ponds, which are highly toxic to local wildlife.

Approximately 85 percent of Canada’s tar sands oil will go to the U.S., requiring a massive network of pipelines that cut through pristine wilderness, vastly increasing chances of oil spills along the way. For every barrel of crude oil extracted this way, we get 6,000 megajoules of energy. But in addition to using 1,000 megajoules of energy to make each barrel of oil, it produces 185 gallons of waste water and 170 pounds of greenhouse gases.

Natural gas fracking, which is touted as a shiny new form of energy for Americans, is equally problematic. It involves injecting high-pressure chemical-laced liquids deep underground to crack open rock and release methane. Each fracked well requires up to 200 tanker trucks of water in addition to adding volatile organic compounds (VOCs) to the air and up to 600 kinds of chemicals to water and soil.

Methane is also dissolved in groundwater, making it possible for some local residents to light their tap water on fire. Like coal, natural gas fracking also potentially contributes to increased earthquake activity.

Not only would you be hard-pressed to call these “clean” energies, but both fracking and tar sands extraction are expensive processes, only affordable now because of the high price of conventional oil.

Really Clean Energies
So what about other clean energies? Wind, solar and geothermal energies are the most obvious, and despite location-specific challenges (solar works best in sunny regions; wind in windy regions; and geothermal along the Ring of Fire), they pose few environmental hazards. They are also achieving economies of scale, which is making them much more affordable than they have been historically.

Hydroelectric is also a traditionally clean form of energy, at least after installation, though building dams disrupts vast areas due to flooding. And though scientists have been working on fission for decades, they are still a long way from being able to affordably and safely produce power plants.

On the horizon are other exciting new clean energy technologies. Hydrogen power is a possibility and is completely pollution free, though it is as yet incredibly expensive to produce. There are also multiple forms of biomass fuel technologies that burn anything from agricultural wastes and old tires to fryer fat, algae oils and landfill gases to create electricity. Of this eclectic mix of innovations, many are proving to be highly promising, though no clear economic winner has yet to be found.

Certainly you can’t create energy out of nothing—inputs and outputs are always involved. Thankfully, however, those energies with minimal negatives in and out are becoming more competitive and available. The risks of sticking with old and re-imagined energy technologies are great, making the move to genuinely clean energies imperative.

Request information from these Green Communities