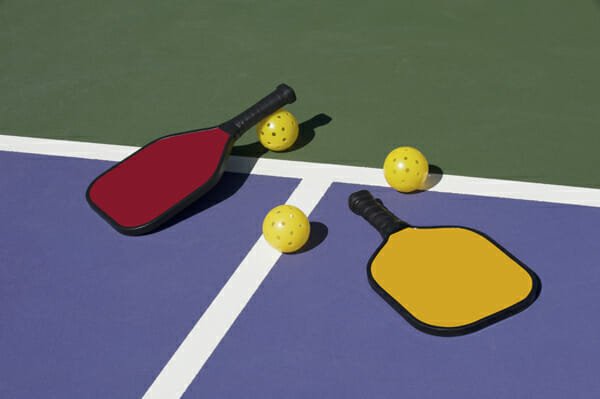 Pickleball—The Fastest- Growing Sport in the U.S.—Thrives in Tellico Village

Pickleball—The Fastest- Growing Sport in the U.S.—Thrives in Tellico Village 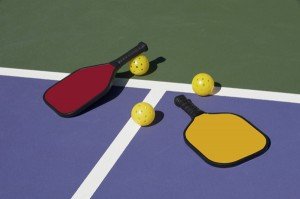 We’re the 10th-largest group of pickleball players in the World, but we’re the #1 happiest.

It started here with a small group of tennis players in 2005. Today, Tellico Village has the finest pickleball facility in Tennessee. In fact, if you’re looking for more full-time courts than here, you’ve got to go south to Florida, east to Hilton Head, west to Arizona or north to…? That’s right, nothing to the north compares to this.

I know, some of you are saying, what’s the big deal? The deal is that the Pickleball Club is not just about hitting a ball over a net. It is a very social game with a lot of interaction between players. We have weekly dinner parties, chili cookoffs, cookie swaps, boating parties, hamburger feeds, tournaments, women’s play, men’s play and a new league is starting. For many, like me, pickleball is a way of life and meeting new friends.

Pickleball is not just for die-hard athletes. I’m a small guy. When they chose football and basketball players in school, I was left on the bench. But I can give most of these big guys a really good run for their money on the pickleball court. Many, many of our members play on artificial knees and hips.

Pickleball courts are small and allow a player to cover much of the court with finesse rather than just speed. Today, one of our courts will demonstrate a fast game, and one will show newer players. Pickleball is at its best with opponents only 14 feet apart and pounding away at each other or placing a ball to a spot no one can possibly reach.

Our Club members have played competitive tournaments on a national and state basis. We have our own National Champion, Mike Kitchens. But we also have National Silver medalists, Fred Iskander and Weldon Humphries. And in singles, Fred Cobb is the bronze medalist. Each of these players had to medal in their own state before going to Nationals. That’s impressive. We’ve also got women state champions and medalists like Jan Brown, Ke Kai Ruckstuhl, Janet Winslow, and Mean Jean Haupt.

Pickleball draws new residents to the Village, and it draws new members to the Wellness Center. Recently, a pickleball player from Mexico was looking at some long-term medical treatment in Knoxville this summer. After some discussion, he chose to rent here in Tellico strictly due to pickleball. And we’ve had permanent residents move here in part due to the organization of our Club.

Having eight courts gives us a lot more depth and flexibility for tournaments. We currently do up to four tournaments a year, and we look forward to expanding this activity, which brings money and potential residents into our local communities. You would be amazed at the players who will travel for a tournament with friends and competitors.