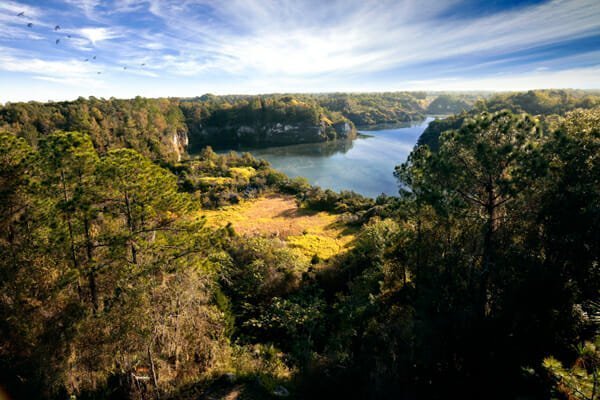 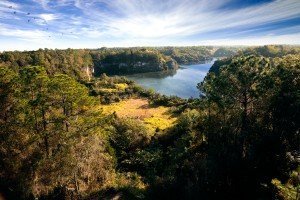 “Ocala is peaceful and laid-back with a charming hometown feel, yet there are plenty of options available for all-day fun.”

With more than 70,000 acres of thoroughbred breeding and training farms, the Ocala/Marion County area has long been known as the horse capital of the world. Indeed, whether you love the thrill of competition or just enjoy a leisurely ride via horseback, this Central Florida region is a true equestrian escape and a place world champions have called home for decades.

This revitalized region is no longer horsing around, however, when it comes to attracting all walks of life. In the last three years, thousands of retirees and new families have moved into this metropolitan area, driven by a number of factors: affordability, convenience and the unique combination of peaceful country-like living packaged with a sophisticated and vibrant medium-sized city just minutes away.

This combination of affordability and quality of life is why a growing number of national outlets such as Ideal Living, Money magazine, Where to Retire magazine and NerdWallet.com have highlighted Ocala and neighboring Citrus County as one of the top places to live and retire.

In fact, the Ocala/Marion County market is so hot, its local association of Realtors recently reported 572 closed sales in July, a 10-percent increase compared with the same month a year ago and the second consecutive month of double-digit gains. Meanwhile, the median sales price for Ocala rose to $112,000, a year-over-year increase of 4.2 percent.

This resurgent real estate market seems to support some U.S. Census Bureau data showing Marion County was one of the fastest-growing areas in the country from April 1, 2010 to July 1, 2013, increasing 1.8 percent to 337,362 residents.

On Top of the World 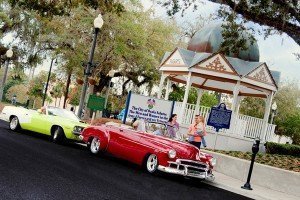 One place with a bird’s-eye view of Ocala’s explosive growth is a master-planned retirement community called On Top of the World. Approaching its 40th anniversary in Ocala, On Top of the World Communities is a veritable Disney World for adults, with more than 250,000 square feet of indoor and outdoor recreational amenities spread across 13,000 acres, highlighted by three golf courses, two fitness centers, six pools, eight tennis courts, six pickleball courts, a bocce ball field and more than 15 miles of walking paths.

After a grand opening event this March that featured six new models and a “re-energized community,” tours and visitor counts have been significantly climbing up, and the “feedback during and after the grand opening has been exciting as sales have increased nearly 130 percent year over year,” according to vice president of sales and marketing Dean Luce.

“Our research showed us what retirees are looking for, and we are providing it ready for them to enjoy the minute after they move in,” adds Luce, whose firm is one of the oldest privately held construction and development companies in Florida, dating back to 1947 when Sidney Colen founded On Top of the World Communities, Inc. “Retiring homebuyers today want to do what they want when they want to do it! This is one of the reasons On Top of the World Communities is such a sought-after place to live. With over 250,000 square feet of indoor and outdoor recreational amenities, residents can choose how they want to spend their days without having to worry about crowds or inconveniences.”

Being in Ocala certainly helps enhance the equation. Basically, Ocala is no longer just a horse town. Yes, the rolling hills, picturesque farms and Florida Horse Park are the essence of Ocala, but the area also offers an assortment of outdoor pursuits at two of Florida’s most pristine state parks—Silver Springs and Rainbow River—and the convenience of being centrally located between the Gulf of Mexico and Atlantic Ocean certainly helps those with coastal desires.

For big-city attractions and amenities, world-class medical facilities are within a short drive, while major cities such as Tampa and Orlando are an easy 90-minute drive via the Florida Turnpike and Interstate Highways.

With all of these factors, Luce is bullish on the future. “Central Florida is, in our opinion, the best place to live in Florida,” Luce adds. “Ocala is absolutely the premium destination within the area. Residents can count on the sunshine and will experience beautiful, seasonal weather much like, but not as harsh, as northerners are used to. The great weather and great location appeals to retiring active adult homebuyers.”

Nearby, Shea Homes is pleased to introduce its newest community to the Trilogy family—Trilogy at Ocala Preserve. The new community’s grand opening is scheduled for October 2014. This naturally beautiful master-planned community boasts a stunning 623 acres set amidst gently rolling hills in the heart of Florida’s pristine horse country. According to Mike Fraley, Central Florida-area vice president, Trilogy’s

Active Adult communities are based on three principals: connection, wellness and exploration. 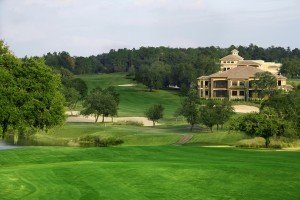 Another long-established residential community taking off in the resurgent Central Florida real estate market is the Villages of Citrus Hills in neighboring Citrus County. Perfectly situated among the rare rolling terrain of Citrus Hills and seven crystal-clear, spring-fed rivers that flow into the Gulf of Mexico made famous by Jacques Cousteau, this master-planned retirement community is another dream playground for active adults.

How else can one explain a community that has access to more than $100 million in amenities, including five golf courses, two clubhouses, tennis courts, spa and fitness facilities, a dog park, numerous restaurants and a brand new 4,500-square-foot bar and restaurant/pavilion that looks like Disney World’s enchanted tiki room?

“This is the real Florida,” says Villages of Citrus Hills developer and owner Stephen Tamposi, whose family purchased this 10,000-acre property back in 1968. “Our prospective customer who comes here isn’t looking for that typical Florida destination where there’s high traffic, higher population density and relatively higher cost of living.

“They appreciate our more stress-free living, where you’re surrounded by natural beauty and have a comfortable year-round climate, because we don’t get as hot and humid as other parts of the region,” says Tamposi. “We also have low crime, excellent medical facilities nearby and the Tampa area is just a short drive down the Suncoast Parkway. So we’re close enough to Orlando and Tampa if you need those big cities, but far enough away from there as well. This is Florida’s best-kept secret.”

Not anymore, though, thanks to Where to Retire magazine’s recent recognition of Villages of Citrus Hills as a top master-planned community. Most of the homes range in the mid-$300s, according to vice president of sales Scott Stephens, but Citrus Hills offers a range of home styles and sizes that start in the mid-$200s and go up to more than $1.2 million.

“There seem to be a lot of fence-sitters and pent-up demand, and that dynamic has definitely changed,” Stephens adds. “We prefer to have appointments pre-arranged, and our bookings are at a point where we’re running out of openings. We need to build more visitor centers and hire more agents!”

According to Tamposi, his company plans to build and sell an estimated 100 new homes this year, a 40-percent increase from a year ago. He’s excited about 2015.

“We’re going to build some new inventory and should see 125 to 150 new sales,” Tamposi adds. “It could be more, but I’m conservative and don’t want to build much more. Anywhere from 150 to 200 is a good number for us.” 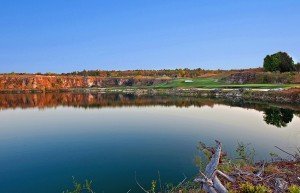 At the private upscale Black Diamond Ranch community, which features 45 holes of top-ranked Tom Fazio–designed golf courses and newly renovated world-class clubhouse, the numbers also look good for the future. According to membership and real estate director Kerry Rosselet, interest has picked up in new construction because the Citrus County area only has a “five-month supply of resale inventory.”

Much like the Villages of Citrus Hills, Black Diamond features uniquely rolling terrain and some of the state’s largest elevation changes, not to mention a low-density plan with stately oak trees reminiscent of North Carolina living.
Home prices start at $150,000 and go up to $2 million, while homesites range in price from $25,000 to $250,000 for as much as 1.5 acres.

“It’s a very serene setting,” Rosselet says. “Retirees who first went to Naples or South Florida are now looking for a more peaceful environment. The interest has picked up.”

So long as they have Ocala in the distance, the future should continue to be bright.   I-L