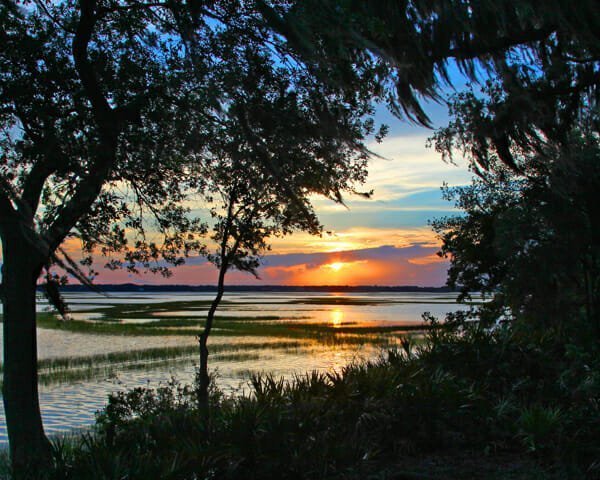 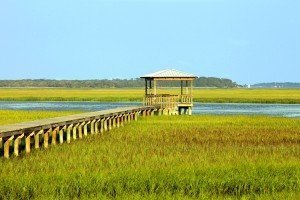 St. Marys, GA, is aptly referred to as the “Gateway to Cumberland Island,” because most visitors to that unique destination get there on the ferry that departs from the town’s riverfront dock. But while this little community with a population of just over 17,000 seems destined to grow in the coming years, local residents hope to preserve the area’s small-town charm and relaxed pace of life.

Located about 30 minutes north of Jacksonville, FL, St. Marys has a long and storied history. The first European settlers were Spaniards who arrived in the mid-16th century, and the current town was incorporated in 1802. The St. Marys Historic District, which features many nicely restored homes and churches, is listed on the National Register of Historic Places.

Today, downtown St. Marys is a welcoming place for visitors and residents alike, with a variety of locally owned shops, cafés and restaurants. Local cultural attractions include the St. Marys Submarine Museum, and the nearby Kings Bay Naval Submarine Base, home to a fleet of Ohio-class submarines,
is a major economic asset in the region. There are also several of the premier gated communities in Georgia in this unique and ideal destination.

“We fell in love with St. Marys right away,” says Phoebe Conway, who retired here with her husband Mike in 2007 from Harrisonburg, VA, to “escape the snow.”

“We had some friends in Jacksonville,” she says, “so we looked at places down there, but it was just a bit too busy for us. So we looked in this area for communities with golf and water access and found Osprey Cove.” 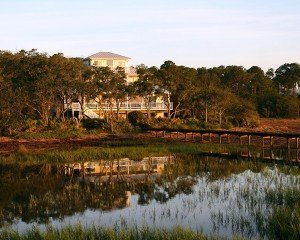 Osprey Cove is a residential community established in 1991. There are 1,089 homesites and 650 occupied homes with about 1,500 total residents. Around 70 percent are retirees and 30 percent are younger couples and families with kids. The featured amenities include the Mark McCumber–designed golf course, ranked among Georgia’s best private-club courses. Over the past three years, the Osprey Cove Club has invested more than $3 million in improvements that include new cart paths and golf cars, renovated bunkers, new turf equipment and new signage. Residents also enjoy Osprey Cove’s clubhouse dining and River Club amenities like the tennis, fitness and swimming pool facilities. The boat ramp offers access to the St. Marys River and Atlantic Ocean.

“St. Marys is a really nice, quiet little town,” Phoebe says, “but it’s got everything we need—groceries and other stores—just five minutes away. And we can always drive right down to Jacksonville to get anything else. We go once or twice a month and we’re season-ticket holders at the Jacksonville Symphony.

“But there are also cultural activities right here in St. Marys—a good local theater group, concerts on the waterfront and things like that,” she adds. The Conways have also discovered a new sport at the St. Marys Recreation Center—pickleball—that’s played on a tennis court with paddles and a polymer-perforated ball.

While Mike spends a lot of time on their boat, Phoebe saves most of her energy for the golf course. “Our private course here at Osprey Cove is a bargain and I play three or four times a week, but it’s never really crowded. We have a women’s golf association with about 85 members.

“There’s always something going on here [at Osprey Cove],” she concludes. “We have an active women’s club, a ‘lunch bunch’ group and a book club. This afternoon, I have a water aerobics class and later, I’m playing bridge.”

One of Phoebe’s golf partners is Doris Stevens, who moved to Osprey Cove with her husband Eric in 2000 from Charlotte, NC. 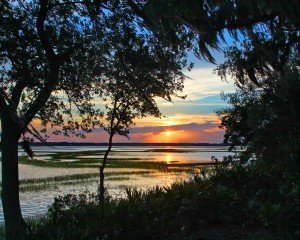 “Eric got a promotion to his company’s office in Jacksonville,” Doris said. “I saw an ad for Osprey Cove and we liked it right away because we’re both avid golfers.

“He hunts and fishes, too, and we love having our boat right here,” she says. “The ocean is just 40 minutes away. We take visiting family and friends out to Cumberland Island—it’s really beautiful over there. And one of our favorite things to do is to take the boat to St. Marys for dinner.

“We love the whole small-town atmosphere around here,” Doris continues. “But the [Jacksonville] airport is only about 20 minutes away. That was very convenient for Eric before he retired and now for our kids when they come down or when we go to see them. The medical facilities in Jacksonville are also great.

Another big plus for us, personally, here in St. Marys, is the very active Catholic community at Our Lady Star of the Sea parish—we have about 650 members and a beautiful new church.”

Doris also notes their proximity to the Okefenokee Swamp, about an hour west of St. Marys. “The wildlife in this area is amazing,” she says. “We like to get out and hike and explore—sometimes it feels like we’re in the middle of our own nature show on TV! This is a great area if you like getting outdoors and generally enjoying a little slower pace of life. And we also like the fact that Osprey Cove isn’t strictly a retirement community. There are a good number of younger families here too, and we see the kids out playing every day. We like that a lot.”

“The climate is great, there’s no traffic to speak of and we have the best fishing on the East Coast,” says Peter Mimick, who relocated in 2007 to the Cumberland Harbour community with his wife Diane from Norfolk, NE. But they’re not quite ready to retire yet.

“Diane is an oral surgeon and actually grew up in Warner-Robbins [Georgia],” Peter says. “She wanted to be closer to her family, and when we found out that St. Marys didn’t have an oral surgeon, we thought it would be a good place for us.” Peter helps to manage his wife’s office and also runs a dock-building business. 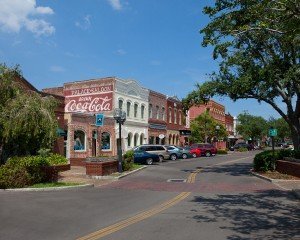 Cumberland Harbour is a single-family residential community with 1,085 homesites and amenities that include fitness facilities, Har-Tru tennis courts, an entertainment pavilion and an aquatic center. The residents’ active lifestyle is enhanced by the community’s natural maritime setting and coastal wildlife. Construction of the first of two permitted deep-water marinas is set to begin this fall.

“We love it here in Cumberland Harbour,” Peter continues. “The neighbors are fabulous and it’s a very quiet, very secure gated community. That’s important to us because of the kids.”
The Mimick children are 14 and 8 years old.

“The schools are great—the elementary, middle and high schools,” he adds. “The teachers and administrators are excellent.”

Peter also notes that his family takes regular advantage of the easy trip to Jacksonville: they’re season-ticket holders for the NFL-franchise Jaguars and enjoy the city’s many attractions. “But there are a lot of activities right here in Cumberland Harbour, too,” he says. “We’ve got our Blue Crab Tournament in August and holiday parties. The fitness center and the pool are great. 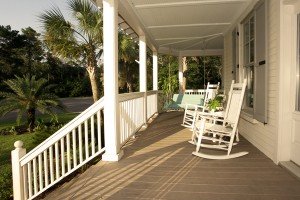 “And, of course, we love going out on the boat,” he says.
“People are amazed when they get out on the water around here—it’s so quiet and uncrowded, and the fishing is so great. Cumberland Harbour is really developing as a very diverse community—a good mix of retirees and families. A lot of interesting folks have moved here in the last few years, and we expect that to continue as the community grows.”

Among the Mimicks’ newest neighbors are John and Anne Swift, who moved to Cumberland Harbour in March of 2014 from Walling, TN.

“We took a trip down the Southeast coast last November looking for a nice place to retire,” Anne says. “We stopped in St. Marys for dinner and just happened to meet a fellow Tennessean at the restaurant who was very enthusiastic about the town. We contacted a local realtor and she said, ‘I’ve got a house that you might like.’ She brought us out to Cumberland Harbour and it was just right for us.”

While John enjoys golf and fishing and Anne is enrolled in a Zumba class at the St. Marys Dance Center, the Swifts’ real passion is bicycle riding. “There are 12 miles of paved roads right here in Cumberland Harbour,” she says, “and we can ride our bikes into St. Marys for dinner. We recently rode up to Crooked River State Park and it’s really beautiful there. Plus, we have a great bike shop here in town, and they’ve been very helpful.

“The people we’ve met in St. Marys have been so nice to us. The whole area has such a good, laid-back, down-home feel to it. And it’s just so beautiful—the trees with the Spanish moss hanging down and the wildlife and the birds,” Anne concludes.
“We think we’ve found the perfect place.”