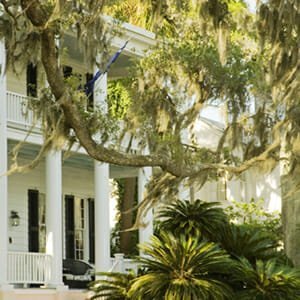 New Residents in the Lowcountry: Angus “A B” Llewellyn

“It’s important to find the things that you love… and do them.”

Angus “A B” Llewellyn was born and raised in South Carolina, went to law school in Columbia, SC, and then lived in Washington, DC, for most of his life. It’s time to return to his roots…

Tired of the cold winters and traffic, Llewellyn decided to move back to the South a few years ago, to Charleston, SC. He’s eager to get back to much better winters. “I’ve been through two blizzards in the past couple of years. July was the hottest month on record in DC, and it only took 12 years to finish the Woodrow Wilson Bridge. I don’t want a repeat of that. When I sold my home, I left my snow shovel in the garage with a tag on it that said ‘Don’t pack. Save for new owners.’” Llewellyn won’t need a snow shovel in Charleston. He says it’s even cooler in the summers than in DC, as you get an ocean breeze close to the coast.

Retiring from the FBI, Llewellyn said to everyone, “I’ve enjoyed every day, but I’m happy to go.”

“The only thing holding me back was selling my home, but it finally sold (I had a wonderful sales agent), and now I’m building the home I plan to spend the rest of my life in. I had a large townhouse in DC with four floors—it was my wife’s dream home. After she passed away six years ago, I ended up living in only about three rooms.”

Llewellyn’s daughter, who will live only 30 to 40 minutes away, helped him find Daniel Island, where his new home has a view of the river. He’s looking forward to getting to know and decorate his new home and explore the hiking and biking trails around Daniel Island. He’s active in a bicycling club in Virginia and looks forward to exploring new trails and areas by bike.

“I have never had one negative thought. I know I did the right thing. Daniel Island is vibrant and so close to historic Charleston. I never want to live on ‘Lazy Dazy Lane’—it’s not for me. I want to stay active and a part of the community.”