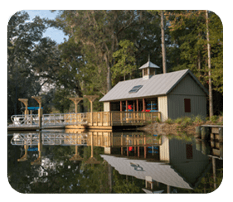 As the sun slowly sinks below the horizon, a once clear blue sky fills with breathtaking hues of crimson, orange and gold. Watching such dazzling sunsets perched on a sandy white beach is just one of the many reasons retirees choose Florida’s West Coast as their retirement destination.

With real estate prices having returned to pre-market bubble levels and an abundant supply of homes for sale, savvy shoppers looking for outstanding value in a desirable location have focused their attention on cities along Florida’s West Coast such as Tampa, Sarasota, Bradenton and Naples.

For decades, tourists have flocked to these cities to enjoy their recreational amenities, such as miles of white sand beaches, lush green golf courses and countless boating and fishing adventures. After spending their days enjoying the sunshine, visitors have enjoyed varied dining choices ranging from beachfront casual to five-star formal. Ensuring that no one returns home empty handed, the region offers outstanding shopping venues from outlet malls to exclusive couture boutiques. With such varied and high quality lifestyle offerings, it’s no surprise so many tourists ultimately select the West Coast of Florida to retire.

Aside from their lifestyle preferences, of primary concern for retirees determining where to retire are the issues of taxes and living costs. In these areas, the West Coast of Florida is as attractive as its climate. As one of only seven states in the country with no state income tax, Florida has long been attractive to retirees.

Low Taxes
While property taxes are often the topic of lively political debate, an examination of the property tax rates of Hillsborough, Manatee, Sarasota and Lee Counties shows them squarely in the mid range of all U.S. counties. In fact, Hillsborough, Manatee and Sarasota Counties are below the national average, while Lee County is only slightly above. Florida offers homestead exemptions of up to $50,000 for homeowners age 65 and older, along with annual limits of three percent or less on incremental increases of a homestead property’s assessed value. Along with reasonable property tax rates, the sales tax rate in Florida is a modest six percent, with local county taxes adding 0.5 percent to one percent to that rate. Prescription medications and food are exempt from sales taxes in Florida.

Following the nationwide correction in the real estate markets, Florida’s West Coast represents outstanding value to retirees. Census data from 2009 shows the median home values in Tampa, Bradenton and Sarasota are all below the national median price of $216,700.

Tampa
The city of Tampa has the largest population of the Florida West Coast cities, with over 300,000 people. Rich in history and culture, its residents enjoy all the amenities of a large city conveniently surrounded by attractive beaches. Downtown Tampa boasts attractions for all tastes, including over a dozen museums, performing arts, film and major professional sports teams. There are nationally recognized theme parks such as Busch Gardens, in addition to the Lowry Park Zoo and fine dining of all cuisines.

The cultural history of Tampa’s Cuban community is proudly preserved and experienced in the historic Ybor City section of Tampa, where cigar makers still practice the art of hand rolling cigars. The city’s legendary affiliation with pirates of the 18th century is celebrated each year with the Gasparilla Festival, Tampa’s unique historic pirate themed festival that includes the mock invasion of the city by Jose Gaspar, a purported Spanish pirate who is believed to have raided the west coast of Florida during the late 18th and early 19th centuries.

Bradenton
Just south of the mouth of the Tampa Bay sits the city of Bradenton, which traces its history back to 1593, when the Spanish explorer Hernando Desoto landed there and embarked on his legendary search for El Dorado, the lost city of gold. Each spring, this history is celebrated in Bradenton with a month-long lineup of events.

Bradenton has maintained its small town charm, while still offering a high level of sophistication. There are numerous museums, antique shops, a burgeoning arts community and, along the scenic Manatee River, Rossi Waterfront Park, which features an outdoor amphitheater. Golfers can enjoy playing numerous public and private courses, while beach lovers can enjoy the renowned beach islands of Anna Maria, Bradenton Beach and Long Boat Key. Bradenton is also the spring training home to the Pittsburgh Pirates.

Sarasota
Retirees who desire big city amenities, yet still want a small town feel, need look no further than the city of Sarasota. The city offers a world-class arts and cultural environment highlighted by the Ringling Museum of Art and the Van Wezel Performing Arts Hall and buttressed by its nationally recognized opera house, symphony orchestra and ballet company.

The city offers premium shopping and dining experiences along Main Street and St. Armand’s Circle, as well as a large outlet mall. For small town charm, there are the historic neighborhoods such as Towles Court, with its shops, galleries and restaurants.

Golfers have dozens of courses to choose from, and the city is home to the spring training base for the Baltimore Orioles.

Sarasota has been selected by CNN/Money Magazine as one of the top eight best places to retire. The beaches surrounding Sarasota have been nationally recognized as some of the best in the nation. Currently, nearby Siesta Key is ranked the number one beach in the nation.

Naples
For the affluent retiree, Naples offers a sophisticated lifestyle surrounded by stunning natural beauty. Residents enjoy world-class arts and cultural institutions, incredible shopping, the finest cuisine from around the world and some of the most luxurious waterfront properties in the world.

Naples’ waterfront location results in miles of pristine white sand beaches for its residents to enjoy. And the Gulf of Mexico offers year-round boating and fishing to enthusiasts.

Golfers enjoy an extraordinary 35 courses from which to choose, giving Naples the highest ratio of golf courses to golfers in the nation.

State parks abound, and the Everglades National Park is just minutes away. With such rich and diverse amenities, Naples was recently named as one of America’s 10 Best Undervalued Places to Live by U.S. News and World Report (July 15, 2011 issue).

With a superb climate, moderate taxes and low cost of living, the West Coast of Florida offers retirees the opportunity to enjoy an active and diverse lifestyle. Whether they are looking for urban sophistication or small town quaint, the region’s cities contain an abundant mix of cultural and recreational experiences that will satisfy all. The region is rich in natural beauty, providing all who live there the opportunity to appreciate and enjoy white sandy beaches, undisturbed tropical wilderness and, of course, those breathtaking sunsets.

Florida’s West Coast at a Glance