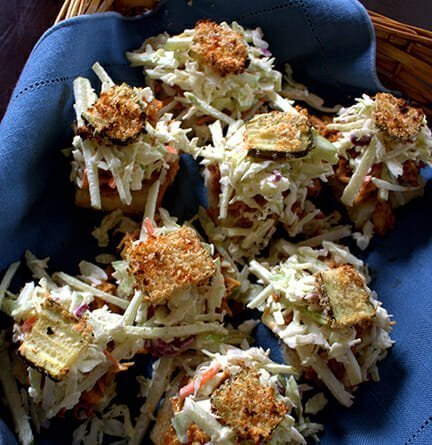 2015 Fall Issue Food In the Magazine

Your backyard may be brimming with brews, burgers, and dogs—but call this a “barbecue” in front of a true ‘cue aficionado and you’re likely to get your butt handed to you…

…Pork butt, that is. 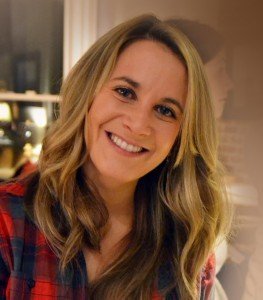 The invitation may have said “BBQ,” but flipping patties on an outdoor grill does not equal those three sacred letters. When it comes to tradition—barbecue is as deep rooted as it comes. As for the authentic definition, it’s a bit ambiguous where the term actually came from. But we do know one thing: it’s all about the low and the slow. Real barbecue is cooking meat over an indirect source of heat (the low) for a long amount of time (the slow). The result is a tender, melt-in-your-mouth piece of protein that’s meant to be savored as leisurely as it was cooked. The best part of barbecue is the fact that you can get it almost any way you please. Like your sauce sticky and slathered over ribs? Head to Memphis. Looking for a little sweet with your heat drizzled over that pile of pulled pork? To eastern Carolina we go. But it doesn’t stop there, as there are nearly a dozen states claiming that have the craftiest ‘cue in the nation. So how do you know what you’ll get and where? Don’t worry, I’ve got your ‘cue queue below.

North Carolina is famous for racking up the wins—and I’m not talking about basketball. When it comes to being a barbecue champ, Carolinians know what’s up. Pig experts here dish it out any way you like, depending on 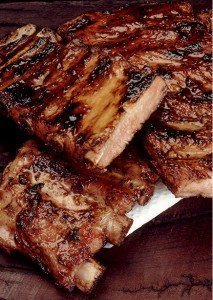 which side of the state you’re on. Eastern Carolina is all about the whole hog; while western Carolina is more privy to pork shoulder. If we’re comparing flavor profiles, though, you might not tell a big difference. Pork shoulder packs a more succulent texture and stronger smoke flavor—but that tang on your tongue is vinegar and hot peppers nonetheless.
Can’t get enough of that notorious North Carolina pulled pork? You’ll want to throw that thank you back to the Spanish settlers who brought those pigs to the region—making it famous for picnic items like that juicy shredded meat.

The great state of North Carolina isn’t the only Carolina throwing their pork into the smoke ring. When it comes to South Carolina style, one word comes to mind: mustard. Thanks to the large German heritage found in South Carolina’s lineage, this thick zesty sauce is poured on heavy. But it doesn’t stop there. South Carolina is actually known for several different specialties to slather over their slaw-filled sandwichess. That vinegar and pepper variety isn’t called “Eastern Carolina style” for no reason. The use of that tangy sauce stretches from the top to bottom of the eastern part of both Carolinas. Craving something with a little more richness? Head upstate for a tomato-based vinegar sauce that will satisfy your heat tooth with a pinch of peppers.

Next stop: Georgia. Put down the peaches. We’re here for the ham. Unlike the whole hog found in eastern North Carolina, Georgia is cooking up 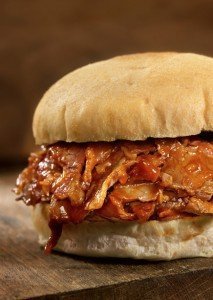 mostly pork shoulders and hearty hams. But don’t get me wrong, this state is all for one and one for ‘cue. As they dabble in a variety of styles, the great sauce debate doesn’t really exist here like it does among the Carolinas. Across the state—sauces run free. Stop off in Atlanta to find a little bit of everything from a vinegar-based sauce with a tomatoey tang to one that really cuts the mustard. Head to Brunswick for the notorious Brunswick Stew made with chicken, pork and hearty green peas. Just don’t argue with the locals about who stewed it first.

When it comes to famous barbecue destinations, (fat) caps off to Texas for topping the charts. It’s brisket or bust in this boot-stomping state. True Texas brisket is rubbed down simply and heated slowly. While the other states argue over whose sauce is better—Texas tosses their Stetson right out of the ring. Some of the most prominent barbecue restaurants there boast (gasp!) no sauce at all. Ever heard the expression “where’s the beef”? Well it turns out the answer is Texas. While southern BBQers in the post Civil War era were getting down with whole hog, Texas was steering towards the steer. If you’re cruising the Lone Star state and craving tender shredded pork or glazed ribs, head east. But if your cowboy boots are tapping to the tune of brisket, let the music guide you straight to the wild, wild west. 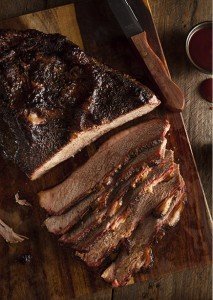 Celebrities are to Hollywood what barbecue is to Kansas City. Not only is this region home for the World Series of Barbecue, but it’s known in Missouri as the world’s capital of ‘cue (and that’s not a term smoke fanatics throw around lightly). Missouri is a true BBQ melting pot whose style is characterized by its use of all different types of meat. You can find everything from smoked chicken to smoked sausage to beef ribs and beyond—and they’re known for getting super saucy. True Kansas City natives know how to turn up a bottle or two and it’s always filled with their thick, sweet, sometimes spicy sauce. When someone offers you a burnt end, don’t be offended. These are the flavor-packed pieces of meat cut from the ends of a smoked beef or brisket.

Off to Florida we go. You might not think of the breezy, palm-tree laced state as a barbecue mecca—but it’s got plenty of flavors to go around. If you’re in the mood for Caribbean spices, citrusy sauces and tangy dry rubs—Florida barbecue might be right up your alley. We’re not in Kansas anymore, Toto. This state gets its barbecue influence from the original Caribbean Indian Barbacoa, and when it comes to their ‘cue, fish comes first. The most common being mullet—a vegan fish you can only snag along the Gulf of Mexico. But don’t fire up the grill. This catch needs the kiss of smoke to bring out its beautiful flavors.

Tennessee barbecue ain’t no joke to the locals, as their smoky history is as rich as can be. While Memphis claims to be an all-encompassing pork enthusiast (from smoked bologna to chopped pork sandwiches), ribs are the specialty of the house. This region is notorious for serving them “dry,” but if you’re a sucker for sauce, “wet ribs” slathered in a sweet, acidic marinade are also on the menu. Tennessee’s signature sauce is a mix of tomatoes and tartness with a thinner consistency than what Kansas City brings to the table. Some like it hot, and if you’re that someone, head for Memphis where things can be downright peppery.

For a culturally diverse plate of ‘cue, it’s Mississippi style you’re after. Looking back at the state’s history of smoke, the first two establishments were led by Lebanese and Greek proprietors. Community barbecues run strong here, and when it comes to tradition, Mississippi’s authentic pit 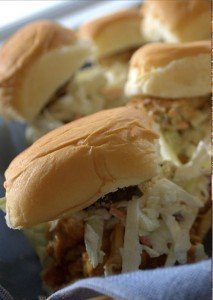 masters have certainly crafted their own. You’ll find a fusion of different fare here from ribs coated in a thick Texas-style sauce to a righteous barbeque sundae, a savory layered entrée of pork, slaw and baked beans drenched in a sweet red sauce.

Chicago has been an up-and-comer in the BBQ world for quite some time now, and it’s certainly gained its credibility. Not into the low and slow? The ‘cue style of Illinois features charcoal or wood coal smoked ribs. The result is a tender, but firm, piece of meat. Ever heard of rib tips? That’s the Illinois answer to “no rib left behind.” These chewy pieces are chopped from the ends of spare ribs and transformed into trimmed, meaty, cartilage-full short ribs. If you’re looking for Chicago’s true, unique contribution to ‘cue, look no further than the aquarium smoker. These wood-fired tanks may be uber pricey and tricky to maintain, but they offer some of the best barbecue in the business.

Now that you’ve been schooled on all styles of smoke, it’s up to you to decide which kind fits your feast. Thick and tangy or light and peppery? Crispy burnt ends or moist, pulled pork? No matter what you choose, there’s plenty to go around. Napkins not included.

by Fanny Slater  Previously published in the 2015 Fall Issue.