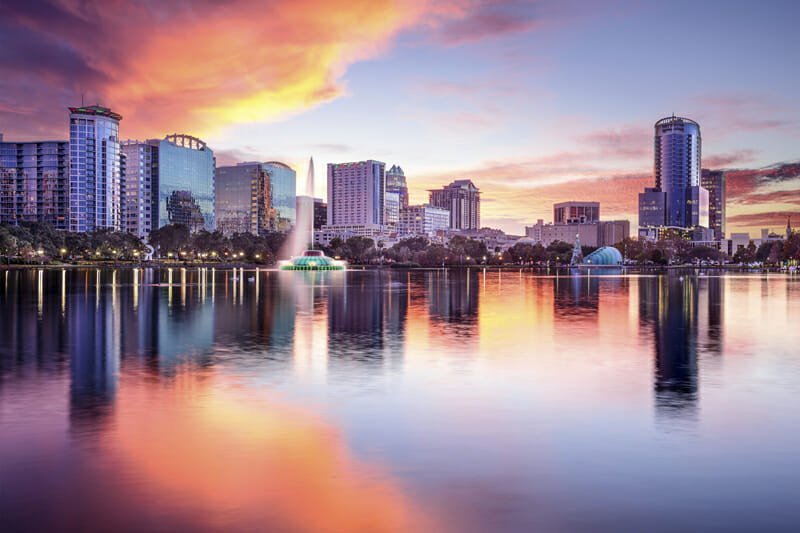 With Walt Disney World leading the way, Orlando has long been known as one of the world’s top tourist destinations. In fact, a record-breaking 62 million visitors discovered Orlando’s magic last year.

But make no mistake, Orlando is no longer a Mickey Mouse town when it comes to putting down permanent roots. Last year, Orlando checked in as the 16th-fastest growing metropolitan area in the country, according to the most recent CensusBureau statistics, growing 2.2 percent to 2.3 million people.

There are several factors fueling Orlando’s promising future, from the slower-paced quality of life to the attractive real estate values and year-round sunshine. Throw in Orlando’s maturation as a truly sophisticated city, and it’s understandable why Orlando is being placed on the same pedestal as other great places to live around the globe.

What’s remarkable about Orlando’s transformation into a ‘big-league’ city is that the region still has a certain friendliness to it—something you don’t get in the hustle and bustle of other major metropolitan markets. As one longtime resident put it, Orlando is a “small-town big city.”

One of the best places to still capture that small-town beauty is south Lake County, namely the towns of Clermont and Montverde. For longtime commercial builder John Schmid, the perfect place is a low-density private golf club and waterfront community called Bella Collina.

“Bella Collina is a beautiful area with the hills and lakes that are really unmatched in central Florida,” Schmid says. “I love living in this area because it’s a small, tight community, but we’re still close enough to Orlando to jump in the car and be to most places in less than 30 minutes.”

“We get this peaceful country-like life with a metropolitan proximity. So we get to enjoy everything that Orlando has to offer and more. It’s the best of both worlds.” Some might even call it magical.

Top Things to Do