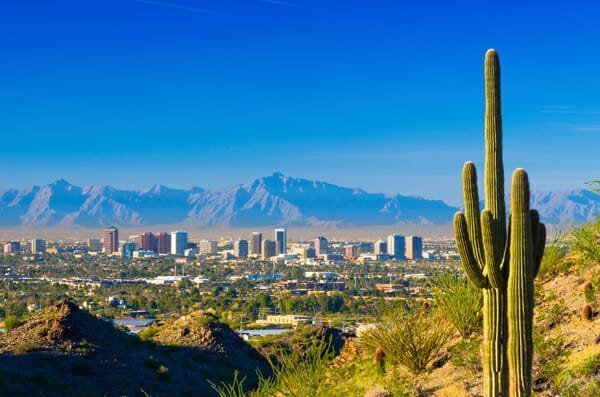 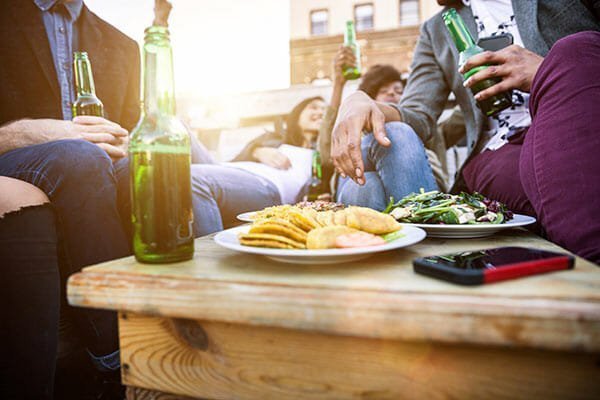 With the craft brew scene sweeping the nation, it’s no wonder that trendy pint pairings have become a similarly widespread craze. Thanks to all kinds of flavor innovations being introduced into the brewing process, beer is no longer just for sipping on the side. In fact, this hip libation has been moved front and center to partner up with equally elegant, handcrafted bites. We’re all privy to beer’s staple tagalongs like burgers and pizza— but creative, small batch brews allow us to bring much more to the table.

If it’s infusion you’re after, there’s one simple rule for cooking with beer. Never pour something into your pot that you wouldn’t want in your glass. To sneakily enhance the malty notes in your beef stew, go for a light lager. For chili with a not-so-subtle kick, make that bourbon barrel aged beer rain. Some beers intensify as they cook, like Guinness, so use this signature Irish stout in a dish that could use a hint of molasses.

Modern party-throwing requires a bit more finesse than a Justin Bieber album, a case of Coors Light, and a bag of Doritos. To turn a typical Friday night gathering into an interactive beer experience (a beersperience?), grab some specialty growlers, a dozen miniature Dixie cups, and start planning your menu. Don’t worry, I’m here to help. Once the stage is set, school your social group with some bubbly knowledge. Sure, they knew that white wines pair with seafood and reds are meant for meat. But did they know that Belgian wheat beers balance out the sharp acidity of vinaigrette-dressed greens? How about the fact that a stinky Stilton shouldn’t even be spread without a barley wine in sight? Put that in your pint and smoke it.

In order to nail your beer-centered soirée, it’s equally about the plate as it is the glass. Here are some basic guidelines to follow. Start off slow with less abrasive ales (like a blonde) and work your way to the dark side (say, an imperial porter). Pilsners, for example, are a perfect palate cleanser with their golden shade and delicate malt flavor. This brew has enough spice to take on food with heat like Caribbean jerk-seasoned wings, but it also won’t overpower understated first course favorites like a fresh goat cheese tray. If your rowdy crowd prefers to begin the night with a bang, blow their minds with a salty sour. Many of these tart varieties, like a fruity gose, pair brilliantly with fresh seafood. Oysters, anyone?

For the second course, we’ll move up the craft color palate to red. Red ales are classic Irish beers that are celebrated for their caramel and toffee malt notes, hints of roasted grain, and crisp finish. This varietal screams for savory flavors that stand up to the dryness and low hop profile. Steer towards roasted or grilled meat like charred grilled lamb skewers. If you’ve got a group whose palates can handle pungency, go for individual servings of French onion soup to match the medium-bodied smokiness of this style.

Crank up the tunes—India pale ales (IPAs) are aggressive, hoppy, and bitter. In my mind, they’re perfect. Originally introduced by England, IPAs now top America’s list of exports. These hop-forward, citrusy brews demand dishes with similar herbal characteristics. Highly bitter selections pair well with fried foods—as the salt and fat mellow out the acidic flavor and bring out the malt. Since you don’t want your friends falling asleep before the fourth course, here are some alternate suggestions. For bigger beers, lean toward hearty, chargrilled sliders or caramelized meat. To pair with lighter bodied IPAs with a clean finish—my Mahi Tacos with Watermelon Radishes, Pineapple Salsa and Lime Crema are an excellent sidecar.

Rich recipes go with rich beer, so bring ‘em out, bring ‘em out. Bring out the stouts. These bad boys are deeply dark in color, creamy, malty, and defined by their strong notes of roasted grain. Many stouts are brewed with coffee and chocolate, which make for ideal pairing opportunities when it comes to dessert. For a full savory spread, cap off your meal with meaty beef ribs doused in sweet and spicy sauce. If your shindig is full of sweet teeth, whip up a fluffy cinnamon and brown sugar coffee cake and seek out a vanilla-scented stout. Taste the two in one mouthful to experience what dreams are made of.

In a small bowl, whisk together the oil, honey, paprika, thyme, oregano and chives. Pour the mixture over the mahi filets and season both sides generously with salt and pepper. Allow to marinate 10 to 15 minutes.

In a large nonstick skillet, heat the neutral oil and butter over medium-high heat. Add the fish and sear for three minutes on the first side and two minutes on the second. If the fillets are very thick, cover the pan with a lid, reduce the heat to low, and cook until the center of the fish is opaque. Remove the pan from the heat, squeeze the juice of one lime over top, and gently flake the fish into large pieces with a fork.

In a small bowl, whisk together the Greek yogurt and the remaining lime juice and season to taste with salt to create the lime crema. To assemble the tacos, top each warm tortilla with a serving of fish, shredded cabbage, watermelon radishes and pineapple salsa. Drizzle the lime crema over top.

In a small bowl, mix together the pineapple,  tomatoes, cilantro, red onion, jalapeño, and lime juice. Season to taste with salt and allow salsa to chill for at least 20 minutes before serving.

Pair with a floral, piney Session India Pale Ale such as Founder’s All Day or Ballast Point’s Even Keel.