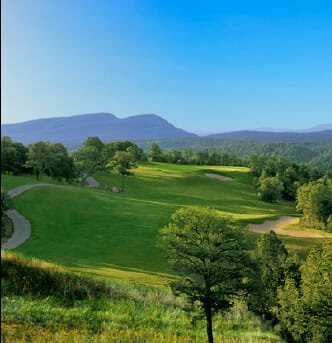 According to the National Land Trust Census, more than 37 million acres in the United States are protected through land trusts. Increasingly, those trusts are being initiated by home and community developers. 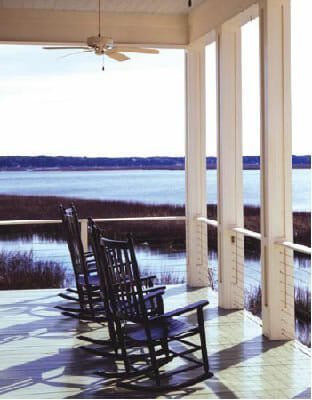 As more and more home buyers express interest in living in communities that preserve open space and offer energy-efficient building options, developers are building fewer homes on more land and preserving larger areas of green space. In addition to protecting landscapes, developers are also promoting sustainable design and construction. According to surveys by the American Institute of Architects (AIA), one of the biggest priorities of homeowners today is conserving home energy use through sustainable building features, which may include anything from highly efficient heating and cooling systems to passive solar home design. Come take a tour of some of the leading new communities in the southern U.S. when it comes to environmental stewardship and sustainable building.

Situated on 2,300 acres of rolling pastoral and wooded landscape along the western slope of Warm Springs Mountain, Homestead Preserve is a resort residential community that has made a long-term commitment to environmental stewardship and historic preservation.

Bordering the George Washington National Forest and The Nature Conservancy’s Warm Springs Mountain Preserve, the community consists of a maximum of 450 homesites and is situated on land that was once a part of a vast 11,500-acre tract owned by the Virginia Hot Springs company, formed in 1892 by J. Pierpont Morgan. Preserving the landscape of Homestead Preserve involved more than three years of intensive planning involving the study of the property’s topography, forest cover, streams and watersheds to determine which areas would be suitable for development and which should be preserved. Today, each Homestead Preserve homesite has its own ‘building envelope’ to restrict where structures may be placed to avoid disrupting the viewshed and to protect the forest canopy.

Situated at the southernmost tip of the Rockies in southern New Mexico, Rainmakers occupies more than 1,000 acres of scenic vistas outside Ruidoso.

Rainmakers is the first New Mexico member of Audubon International’s Signature Program, which ensures that the development follows strict planning guidelines for developing a sustainable community that also preserves natural resources. “We were always interested in being good stewards of the land,” says Rainmakers General Manager Michael O’Brien. One of the most interesting features of the Rainmakers property is its Robert Trent Jones golf course, one of only two in the country that makes use of polymers beneath the surface of the green to hold water. This system helps to maintain a temperature at the roots of the grass that is 10 to 12 degrees cooler than the air, thus resulting in a 20% to 30% decrease in water usage for irrigation as well as a lush green that is less prone to bacteria. That environmental stewardship extends to home construction at Rainmakers. The community’s pueblo-style townhomes all feature structural walls made of Styrofoam Energy Panels (SEPs) designed to reduce heating and cooling loads by as much as 35%. All homes also have a rain catchment system designed to harvest rainwater from roofs for irrigation. The developers encourage the planting of native vegetation as well. “We don’t promote big, luxurious lawns,” explains O’Brien. “Homeowners can have up to 800 square feet of lawn, but they must use a root water irrigation system.” O’Brien says an inch of rain on a house will produce 620 gallons of water for irrigation.

International in its Gold Signature Sanctuary Program, which requires the highest standards of environmental stewardship. 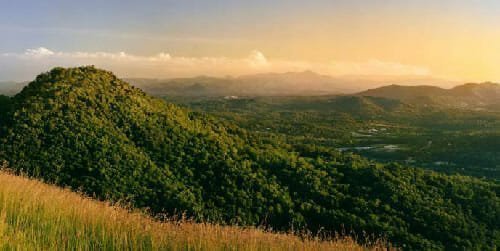 “We wanted to be good stewards of the property,” says Managing Partner Robert Richey. “And fortunately, we didn’t feel we had to maximize the return on the land.” Richey says it’s important to Versant’s developers to minimize the community’s footprint on the environment. “The impact of development is becoming an issue in the North Carolina mountains,” he points out. “We’re eliminating our adverse impact.” Part of the developers’ plan is to limit the number of homes that will be constructed. Versant will have 159 single-family homes and 200 multi-family units. “We could have put twice as many homes on this property,” Richey says. While Richey says property owners will not be required to build ‘green’ homes, the development will encourage sustainable construction and maintains strict architectural guidelines to encourage home styles and colors that blend into the native environment, as well as the use of natural construction materials.

In the world of preservation, it is not uncommon to hear the term ‘adaptive reuse,’ but the community of Withers Preserve in Myrtle Beach takes the idea to a whole new level. 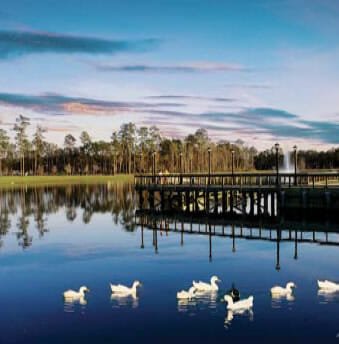 The 900-acre community is located on a portion of the former Myrtle Beach Air Force Base and is part of a locality-wide effort to reuse and reinvigorate this former 3,000-acre military installation. Withers Preserve will consist of about 4,000 to 5,000 homes, including multi-family, single-family and townhomes. Every single one of those homes will be constructed in keeping with GE’s Ecomagination Homebuilder Program. Withers Preserve is, in fact, the first community in the nation to be part of this initiative, which is guaranteed to save homeowners at least 20% in household energy and water usage, and result in a 20% reduction in emissions when compared to conventionally built homes of the same size. Ecomagination home features at Withers Preserve will include the GE SmartCommand™ Dashboard, which monitors and provides up-to-the-minute feedback on a home’s electric and water consumption; GE Energy Star® rated appliances; compact fluorescent lighting; and high standards for energy efficiency in heating, cooling and construction of the building envelope. Homes will have heat pumps with high SEER ratings, roofs with radiant barriers and increased insulation.

Situated on 4,500 acres of lush coastal forest near the historic city of Wilmington, Brunswick Forest will feature a series of parks and trails interspersed throughout the community to preserve open space and create peaceful recreation areas for owners. The focus of the lifestyle here is on fitness and environmental stewardship, as trails encourage walking and biking while enjoying nature. In 2008, Brunswick Forest’s first green model home will open for public tours, featuring passive solar design and a variety of other energy-efficient features.

Going “green” at Tradition is a commitment and way of life. The developers, Core Communities, are dedicated to providing quality development with low impact on the environment. Located on more than 5,000 acres, even the Tradition National Golf Course (Audubon Cooperative Sanctuary Program member) is “green,” planted with drought-tolerant Bermuda grass and irrigated with treated reclaimed water. The same reclaimed water will irrigate community landscaping in both common areas and around individual homes (a separate water line will be run to each home for just this purpose). Tradition’s land use plan will collect runoff storm water and return in to its series of lakes. Tradition has even been chosen as the official site of the first-ever HGTV Green Home. Congratulations, Tradition!

River Island has been designated a conservation community by the Central Savannah River Land Trust. All the greenspace in River Island is part of the Land Trust for the River. In support of their commitment to environmental stewardship, they employ an on-site naturalist who is responsible for maintaining the community’s nature preserve areas, providing wildlife education opportunities and promoting natural resource conservation practices.

Before ‘green’ was ‘in’, Spring Island offered preservation by setting aside 1,200 acres of the 3,000-acre island as a nature preserve. 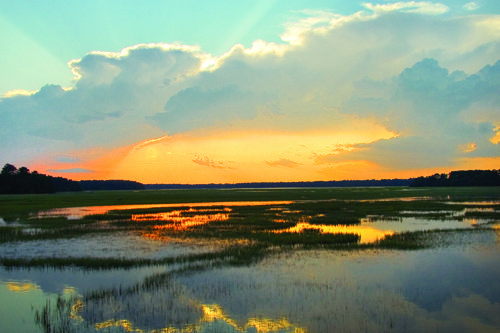 Located between Savannah and Charleston, 12 generations of private owners have helped to preserve and enhance the land. This sense of stewardship of the land is passed on to the maximum 400 families who will inhabit Spring Island. The homes serve as examples of sensitive, eco-friendly design with respect for their surroundings. To further their commitment, the Nature Center houses the Spring Island Trust headquarters and three on-staff naturalists.

Located in Middle Tennessee, Mantria communities have formed strategic partnerships and alliances with the EPA Climate Leaders and the TVA. Now, this forward-thinking community can offer greener utilities, use engineering principles to recycle pure water, replenish uprooted trees and more. The TVA/Mantria partnership offers buyers the option to purchase ‘blocks’ of power generated from three renewable sources-the sun, wind and methane gas. Mantria has also made every effort to be carbon-neutral by measuring CO2 emissions, reducing the emissions and purchasing carbon credits with renewable energy projects. Mantria’s commitment extends to donating three percent of all profits from homesites sales to The Rainforest Foundation, Native Energy and the Arbor Day Foundation. They also encourage buyers to contribute and provide the necessary education for homeowners and their children.

The Peninsula at Golden Isles, a new environmentally-responsible waterfront community located in the heart of Georgia’s Golden Isles, is working towards certification as the largest EarthCraft Community to date. The 3,300-acre community is located on 13 miles of river- front property and nine miles of navigable freshwater lakes. To achieve EarthCraft Coastal Certification, The Peninsula at Golden Isles is being planned, designed and constructed with specific environmental standards, and each home will be required to pass all EarthCraft House diagnostic testing. “We are certainly proud of this significant achievement,” said Clay Sikes, CEO of Spring- Tide Communities, LLC. “With this certification, we can develop the community in a way that will minimize the impact we leave on the earth and leave it in better shape for the future.”