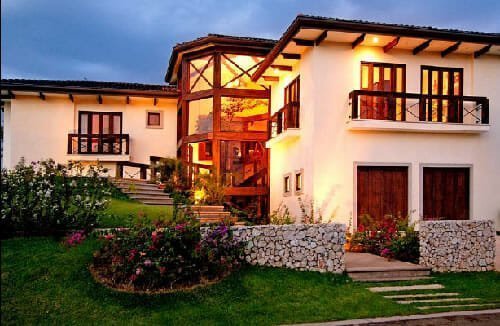 The cold, the slush, the snow, the endless on-and-off of parkas, gloves and boots-it’s reached a point where something must be done. There has to be another way, and, fortunately, there is. Go south, where the weather is warm, the costs are lower and the living is easy. Well, maybe it’s not quite that simple-but it’s certainly worth considering when the cold weather has reached too deep into your soul.

Central America has some countries that are unstable and present a high economic risk. However, others, like Mexico, Panama and Costa Rica, have stable governments and sound economies, and embrace expatriates. As an example, consider Costa Rica, which excels in luring Americans to its welcoming shores. 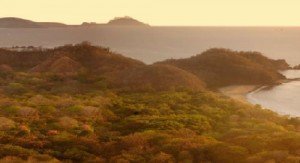 Danielle Carlson, President of World Star Global Real Estate Services, has just returned from an extended trip to Costa Rica where she is overseeing the sales and marketing of more than six planned communities, most notably Isla Moin on the Caribbean coast and Cielo del Mar on the Pacific coast. She has made many trips to Costa Rica, knows the home buying and selling process and has an excellent grasp of what a person needs to address when considering a move to this beautiful Central American locale. Here’s what she had to say:

Let’s look at what it actually takes to live in Costa Rica. Is it safe?

Living in Costa Rica is easy. The country operates under a democracy, just like in the U.S. Their legal structure operates just like ours as well. In other words, they deal with the same bureaucracy that we do. Congress is split between Democrats and Republicans, making legislation difficult to pass, just like here. Costa Rica has a low crime rate, no military forces, and is a very peaceful country. One of their biggest assets is their warm and welcoming people. They also rightfully boast about their 96% literacy rate, with most of the professional population speaking both English and Spanish.

What regulations exist when purchasing property as a foreign national, both for private and community purchases? 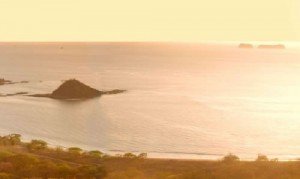 There are no restrictions for U.S. residents regarding purchasing in Costa Rica. Buying privately or in a planned community doesn’t matter. U.S. citizens have the same rights as any Costa Rican citizen, with the exception being the right to vote. Most title is transferred with a ‘fee simple’ deeded interest. There are some restrictions placed on land along the coast. While there is some ‘fee simple’ land on the coast, most coastal land falls under ‘concession’ or ‘maritime zone’ regulations. Concession land operates similarly to the Mexican trust where the land is leased for a period of 20 years and is renewable. The maritime law places a building restriction that is measured from the median high tide line. Land along the coast that is ‘fee simple’ is typically more expensive than the concession land.

All of this can be quite intimidating. This is where I usually caution buyers to be careful. The title records must be carefully checked for these restrictions. It is extremely important for buyers to work with trustworthy agents that know the mechanics of land structure. Keep in mind that there are no licensing laws for real estate agents. Tourists heading to Costa Rica will find that everyone sells real estate-the waiter, the bus driver, the bartender! Caution should be used when buying from these sources. Don’t forget the advice of ‘buyer beware.’ ‘If it sounds too good to be true, it usually is’ becomes especially true in Costa Rica. Always work with someone who knows what they are doing. Check for experience and verify everything.

What are the advantages of the Caribbean coast versus the Pacific coast? 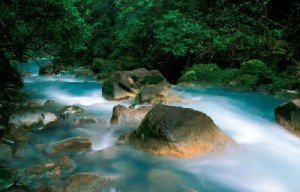 This is simply a matter of personal choice. Both coasts are easily accessed by air. The Caribbean coast is great for people who own large boats in the southeastern U.S. and want to sail them down to Costa Rica during hurricane season. Costa Rica has never been hit by a hurricane, and it is my understanding that the insurance savings alone (not having to purchase expensive boat insurance during hurricane season) goes a long way to offset the cost of purchasing a Costa Rican condo with a boat slip. The majority of the Caribbean beaches have black volcanic sand. You will find a Caribbean influence in the architecture as well as the food. The price point in housing purchases between the two coasts is similar.

People with boats who choose to live along the west coast will usually sail down the Pacific side. Both coasts offer fabulous deep sea fishing, diving and surfing. The southern end of the Pacific coast is famous for ‘the longest left break in the hemisphere’ and is a mecca for surfers. No matter which coast you choose, the scenery is spectacular. 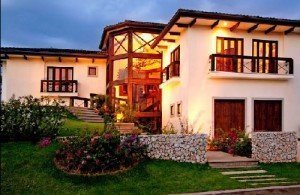 This is where I could write a novel. The mountains of Costa Rica are beautiful and offer a 10- to 15-degree lower temperature than on the coast. The cooler air and lower humidity in the mountains are often preferred when living in the tropics. All the land is deeded and is usually a lot less expensive than on the coast. Scattered throughout the country’s mountains are beautiful lake and river views, zip lines and arial tram rides through the jungle’s treetop canopy, river rafting and hanging bridges over roaring streams. The views of the active volcanoes spewing fire into the air are a night time spectacular, better than any fireworks display.

The enormous bio-diversity of Costa Rica is best enjoyed from the mountains. You can awake to the sounds of parrots and toucans squawking and four species of monkeys playing in the trees above. The white capuchin monkeys will often come down and take a banana from your hand. I have walked up to a three-toed sloth lazing in a jungle tree and petted her as though she were the family dog. Their coats have a green cast from the plant life that is the mainstay of their diet, which also serves as camouflage from predators.

There are rain and cloud forests scattered through the mountains, each offering distinctly different flora and fauna. From almost anywhere in the mountains, the beach is typically less than a two-hour drive by car, so it is easy enough to jump in the car and go to the beach for the day or weekend.

We hear that the cost of living is favorable compared to the U.S. Is there a realistic bread basket of items to compare? This is very hard to research accurately.

This is a little more difficult to put together as Costa Rica uses the metric system and I needed to do conversions. Here is what I came up with. Property taxes are only .250% of a home purchase price versus California, which is 1.250% of the purchase price. On a $300,000 purchase, that is a difference of $3000 per year. A full-time housekeeper will run $60 per week for six days’ service. Primo coffee will run $3 per pound. Free-range chicken is $2 per pound. Prime tenderloin of beef is about $5.50 per pound. A loaf of bread is about $1. Pineapple is 40 cents per pound. An automobile will cost almost twice what it costs here so most people import their U.S. car. Gasoline runs $4 a gallon with diesel being a little cheaper. Services are much less expensive due to the low labor rates. Minimum wage is about $1.50 per hour. A one-hour in-home massage runs $25 versus $100 here. Homeowners’ insurance is about $500 per year. Cigarettes are under $2 per pack versus $4 to $8 per pack here.

How many Americans have moved to Costa Rica? What choices are they making?

Great question and the answers vary greatly. According to Costa Rica statistics, only 8,400 Americans live there. According to U.S. reports approximately 100,000 Americans own homes in Costa Rica. I think that U.S. stats are more accurate. Typically, people have purchased vacation homes rather than moving lock, stock and barrel, leaving the U.S. behind. They intend to retire in Costa Rica in five years or so and are using the rental income to pay off the property in the interim.

Regarding the choices being made, again it varies greatly. Some are buying larger parcels of raw land at affordable prices to eventually develop. Others are buying finished properties to capitalize on an immediate rental return while still others are buying lots in gated communities to build their custom dream home. Some are looking for apartment buildings, mini-storage facilities and commercial centers. The opportunities are endless in a small country where so much infrastructure is waiting to be built. 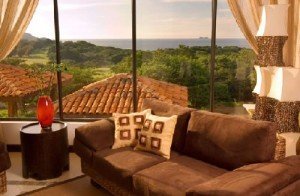 Excellent! The air quality is amazing and the style of living is stress-free. One U.S. dollar is equal to 520 colones, so the American social security check will go a lot further. With the dollars saved from the lower cost of living, a person can afford to buy plane tickets to go visit family back in the U.S.
What about medical care? I am confused about the options. Is there a free Medicare system that a retiree can join or is it all private care? This is a very hard subject for a potential purchaser to research.

The quality of medical care is excellent and Costa Rica is becoming a hot spot for elective surgery followed by recovery in a resort. Both public and private insurance are available. Private insurance will run $160 per month for $40,000 in annual coverage for a person who is 70 years old. Everyone can obtain coverage through INS (Costa Rica’s public health insurance) at lower rates than private. A separate ‘air lift’ policy will run $200 per year to allow emergency transport to a U.S. hospital if that is a person’s choice rather than using a hospital in Costa Rica. A full dental makeover that costs $50-60,000 in the U.S. is $15,000 in Costa Rica. For elective medical care, it is often worth the trip!

Costa Rica has a great bus system to get anywhere in the country and car rental costs are comparable to the U.S.

How easy is it to travel by car? Is it safe to drive out in the countryside?

The main roads through the country are well paved and easy to navigate and very safe. The back country roads are typically dirt, clay or gravel and slow you down due to the potholes. On my last trip, I made it from San Jose to the very southern tip of the country in 7.5 hours with the last 18 kilometers being on dirt roads. A four-wheel drive is a real benefit there if you are traveling out into the countryside.

What taxes will an expatriate pay?

The tax structure within Costa Rica is the same for U.S. and Costa Rica citizens. There are no additional taxes imposed. Another real advantage is there is no capital gains tax. The country is presently in somewhat of a flip market with appreciation running about 40-50% per year that is capital gain free, which ends up with a definite positive impact on the bottom line. Of course, you need to buy right to realize that type of gain.

What about eco-tourism? I understand that green building is a specialty in your developments.

Eco-tourism is a main draw to Costa Rica and as a country they are very serious about protecting the environment. More than 25% of the land in Costa Rica is located within protected areas through a national park system. Green building is a focus. The majority of the power is derived from wind, solar and hydro-electric sources. Sugar cane is also a source for alternative fuel. We are currently working on building some specification houses that focus on being energy self-sufficient.

Danielle welcomes inquiries about purchasing property in Latin America and can be reached toll-free in the USA at 888-884-STAR.