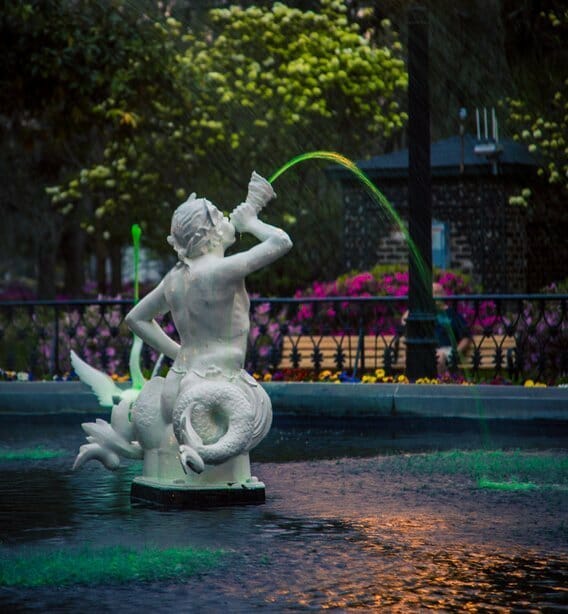 As children we learned that on St. Patrick’s Day we wear green to avoid getting pinched. There were also tales of leprechauns, and pots of gold at the ends of rainbows. As we got older, we carried on the age old tradition of wearing green, but might have added a pint (or two) of Guinness to the mix. Though this holiday began as a religious fest day for the Patron Saint of Ireland, it has since turned into an international celebration of Irish culture.

A few years ago I was fortunate enough to be abroad and in Dublin, Ireland, for St. Patrick’s Day. Starting the day with the parade of peculiar floats, a tour of the Guinness Factory (where you got a free pint of the beer when you reached the top of the 8-story factory, complete with a shamrock drawn in the foam), and hopping around Dublin for the rest of the day and in to the night, it was a celebration like no other. (And I’m sure that no other celebration will ever top it, though there are many amazing festivities throughout the United States.) New York and Boston are said to have some of the largest St. Patrick’s Day celebrations in the country, New York City being the site of the first ever parade on March, 17, 1762. In the South, Savannah, Georgia, also has a buzzworthy celebration. From March 14-17, Savannah’s River Street is host to the biggest party of the year. Multiple stages are set up for continuous live entertainment. Interactive games and copious amounts of food and beverage are available as well. Though they don’t actually dye the river green, the fountain in Forsyth Park is greened for the festivities. This year, the Savannah St. Patrick’s Day Parade will be held on Saturday, March 16, 2019. The parade begins promptly at 10:15 a.m., but road closures could start as early as 6:30 a.m. It’s free and open to the public! If you happen to be in the area (or feel up to making a trip), this is one event you don’t want to miss.

While parades are a traditional part of this holiday, there are also other traditions and symbols that are associated with it, like eating corned beef and cabbage. Here are a few other fun facts about St. Patrick’s Day!

No matter where you are, there is bound to be a St. Patrick’s Day celebration near you. So suite up in green, and enjoy a day of Irish culture.