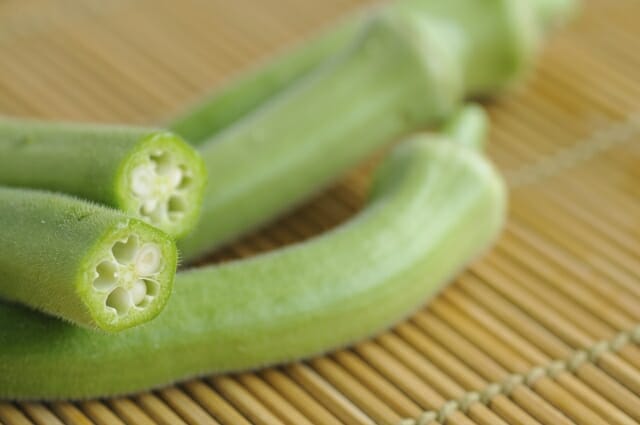 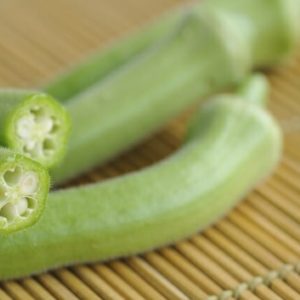 Okra looks like a ridged pepper, but actually belongs to the same plant family as hibiscus and cotton. Also known as “ladies’ fingers” the origins of the okra plant are disputed. Perhaps originating in West Africa, Bangladesh, or even Guatemala, okra is a flowering plant most valued for its edible green seedpods. Okra’s most unusual and tasty feature in the gummy, gelatinous substance that these pods release when cooked. And not only is okra a tasty Southern treat, but it is also incredibly good for you.

One cup of okra only contains 33 calories, yet it has 10% of your daily-recommended levels of vitamin B6 and folic acid. It is also a good source of potassium and calcium and is high in antioxidants, fiber, and vitamin C. The oil from okra is high in good fat (unsaturated) such as oleic and linoleic acids.

Popular in dishes around the world, okra is renowned superfood. Superfoods are nutrient-rich foods, which are considered to be particularly beneficial for people’s health and well being.

In America’s Deep South, okra has long been considered a delicacy, especially when breaded and deep-fried. However, there are lots of healthy ways to prepare okra, including boiling it. Boiled okra tastes very similar to eggplant or zucchini, whereas fried okra is crunchy, much like green beans. You can even pickle okra, like many do in countries like India and Pakistan. Okra is also popular in stews and gumbo dishes in places like the Deep South, Eastern Europe, and the Middle East. In Japan, okra has been served as a tempura vegetable and is believed to be good for brain functions. Many students in the Middle East and Asia consume okra to protect brain neurons.

One of the best things about okra is that it can be helpful in lowering one’s cholesterol. Packed with all sorts of dietary fibers, okra can also be used for intestinal issues and irritable bowel dysfunction. Alternative medicine properties of okra also include treatment for ulcerations and bacterial imbalances. Currently, studies are testing okra extracts as a means of treating diabetes.

In many areas of the United States (including some of the best places to retire), Americans are still getting used to the idea of okra. While it is popular in the South and warm climates, much of America has yet to experience the wonders of okra. Summer is the best time to do so, when fresh okra is readily available.

This summer, you’re likely to find okra on many restaurant menus, but you may also be interested in preparing some tasty okra dishes at home. You could try fried pecan okra or pickled okra or something more unique such as okra-and-corn maque choux or okra creole. Regardless of how you cook it up, you should definitely try an okra dish this summer and enjoy this delicious superfood.