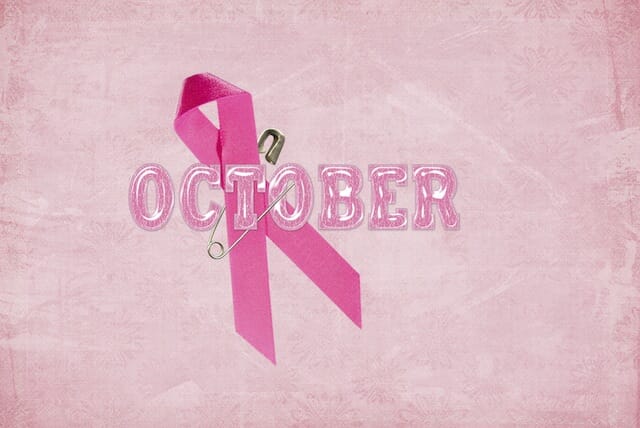 October is All About Pink 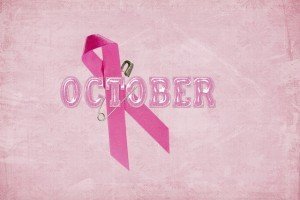 I’m sure you’ve seen it, pink cleats or an insignia on an athlete’s uniform. Year-round, but especially in October, it’s time to Think Pink. A variety of events around the world are organized in October, including walks and runs, and the pink illumination of landmark buildings. In the United States, the National Football League promotes breast cancer awareness by incorporating pink on and off the field, and comic strip artists use pink on one day in October.

Women’s health is important to everyone, and as people age their health becomes more important. National Breast Cancer Awareness month takes place annually and is an international event. It is a key opportunity to raise awareness about the disease and to help aid people in the early detection of breast cancer.

According to healthfinder.gov, Breast cancer is the second most diagnosed cancer in women. Statistics show, that 1/8 women in America will be diagnosed with Breast Cancer. The good news is that if the cancer is detected early, it’s often easily treated, and often goes into remission.

Doctors say the best form of detection is a mammogram, which screens women for breast cancer, will detect cancer in the body, so it can be taken care of. How can National Breast Cancer Awareness Month make a difference?

National Breast Cancer Awareness Month was founded in 1985 as a partnership between the American Cancer Society and the pharmaceutical division of Imperial Chemical Industries (now part of AstraZeneca, producer of several anti-breast cancer drugs). From the beginning, the aim of the NBCAM has been to promote mammography as the most effective weapon in the fight against breast cancer.

In 1993, Evelyn Lauder, Senior Corporate Vice-President of the Estée Lauder Companies founded The Breast Cancer Research Foundation and established the pink ribbon as its symbol. Before this, in the fall of 1991, the Susan G. Komen Foundation handed out pink ribbons to participants in its New York City race for breast cancer survivors.

Today, there are various multiple-day-long walks to raise money for breast cancer research institutes. Avon sponsors a 39 mile (60 km) walk. A walk in Atlanta offers varying lengths of up to 30 miles. Canada’s large “Weekend to End Breast Cancer” features a 60 km walk. St. Louis, Missouri has a one-day, three mile long walk. You might be able to find an event in your area.

We can use October as an opportunity to spread the word about steps women can take to detect breast cancer early.

Here are just a few ideas:

How can you spread the word: