10 Reasons to Travel in October

October is the glorious month that officially marks the beginning of fall—and unofficially marks the rush towards the end of the year. Even blinking feels like too long not to pay attention, with it so near, perhaps explaining the excitement in the air that autumn brings. The air is crisp with energy from so many upcoming holidays that it’s hard to sit still. From this point on, the days until Christmas get shorter and shorter—with New Year’s seated right behind. The weather is chilly, the summer storms are gone, and the food is plentiful. With so much on the brink, October is the perfect month to travel. We’ve come up with ten reasons, so grab your favorite old sweater and hit the road, because: 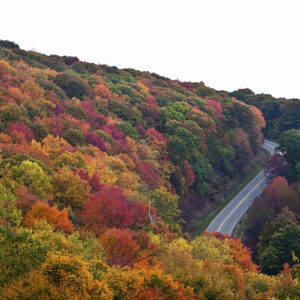 Trees are shifting from green to ocher and ruby and brown the color of deer’s fur. Even in the southern most communities, the season’s change is felt. A need to see different color erupt in familiar, and unfamiliar, landscapes is the perfect excuse to take a few days off.

The summer crowds have emptied out at last. With children in school on a regular basis, the middle of the week is prime time to escape the heaviest of amusement park lines. Besides, now that it’s not molten-lava hot outside, line waiting is almost enjoyable.

Finally the fall foods are in! In the grocery stores, in the restaurants, with the street vendors, in gas stations—fall food is available. Apples, pumpkins, squashes, sweet potatoes, artichokes, brussel sprouts, egg-plants, grapes, cabbage are all in the local farmer’s market to be enjoyed during the chillier months. (And let’s not forget the pumpkin-spiced everything that has seeped into mass-consumption.)

Bars have begun serving their special fall brews: pumpkin beers, apple shots, butterscotch rums and millions of combinations dedicated to the season. And while wine season is at its end, the fun is not over—many vineyards going strong until mid-October.

October is arguably the most fun time to be an American with football season in full-swing. Whether attending an adrenaline-pumping NFL game, or purchasing the less-expensive football tickets for your local high-school team—the all-American classic will always get fans out of their seats.

The bugs have finally (at last!) retired to their coves for the winter, with the first freezes chasing away all of the mosquitos. What a better time to go camping? The nights are cold enough to need a campfire (read: S’mores) and thus, campfire songs; however, the nights are not so cold as to need thermal gear to make it through the night. Tents are the perfect alcove.

If you had sight-seeing goals for 2014, the last chance is fast approaching. (And what a great time to do it alongside 1.) The Changing of the Leaves.) Knocking a few items of your bucket list is always a fun, exciting, fulfilling thing to do—so why wait?

There’s so much that falls under this category. Hayrides, Haunted houses, corn mazes, ghost walks, scary stories are all reasons to go out and experience the spookiest holiday. Every city is doing something different, so go explore!

As a southerner, I prefer to stay indoors in the frigid months. The roads are icy, and the wind is sharp. October marks the beginning of the end for pleasant weather.

If the normal needs to travel aren’t enough—the ten extra pulls to the road in October should get you moving.