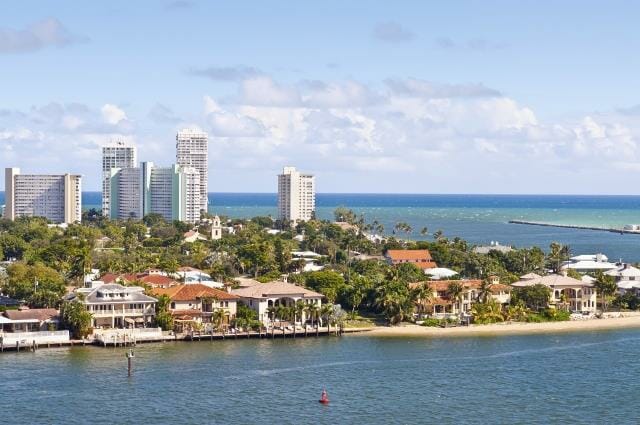 The Many Faces of Florida

The Many Faces of Florida

Florida is a state that has many “faces”, and depending on the lifestyle you want to live will determine which region of the state you choose to call home. By name, these regions are the Gold Coast, North East Florida, North Gulf Florida, Central Florida, Southwest Gulf Florida, Tampa Florida Area, and Treasure Coast. Each has its own unique characteristics that define the lifestyle there, but it’s up to you to decide where you’ll most enjoy the sun in the Sunshine State.

Gold Coast
Including the cities of Miami, Ft. Lauderdale, and West Palm Beach, this is one of Florida’s best known vernacular regions. Here you’ll find lots of glitz and glam, a wealthy and ritzy lifestyle characterizing the area. Even the region’s name denotes the “glittering lifestyle” that you’ll encounter in the area. The Gold Coast is located on the Atlantic coast of South Florida, which includes the Miami metropolitan area, as well as the Florida Keys. It also boasts a warm, tropical climate, and it’s the only area in the continental US where you’ll find this type of climate!

Northeast Florida
This region stretches from the Florida/Georgia line to just north of Daytona Beach. It encompasses cities like Amelia Island, Jacksonville, and St. Augustine, along with a few others. This part of Florida is thriving with history, from the 1859 lighthouse in Mayport & Fort George Island, to the 50-plus block historic district in Fernandina Beach that is part of the National Register of Historic Places. And St. Augustine, America’s oldest city, is home to the Fountain of Youth.

North Gulf Coast
This part is known more accurately as “The Emerald Coast,” thanks to the brilliant blue waters that lap the shores. It also has a diverse topography, with rivers, lakes and national/state parks to explore. Here you’ll find some of the most beautiful beaches in the country, and exciting cities like Destin and Laguna Beach. The North Gulf Coast has a unique characteristic: you can wake up to beautiful sunrises, and put a close to the evening with gorgeous sunsets. You get both in this part of Florida, along with desirable moderate temperatures.

Central Florida
Central Florida is one of the state’s 3 best known “directional” regions, the other two being North Florida and South Florida. As the name suggests, it comprises of the central part of the state, including the Orlando area. Though it is inland, you’ll still find your fair share of water, with an abundance of lakes spread out across the flatland. It’s also home to Disney World, and for those who love to bicycle, it’s known as the “Cycling Capital of Florida.”

This part is situated where its name suggests: along the southwest gulf coast. It’s south of the Tampa Bay area, west of Lake Okeechobee, and north of the Everglades—which is a must see if you’re in the area. Including the counties of Manatee, Sarasota, Charlotte, Lee, and Collier, this region of FL is a traditional home for the MLB spring training. It’s hosted teams such as the Boston Red Sox, Baltimore Orioles, and Tampa Bay Rays, among others.

Tampa Florida Area
The Tampa, Florida, area has a humid, subtropical climate, with daily highs ranging between 65-95 degrees year round. Pinellas County encompasses two of the cities within this area—St Petersburg and Clearwater— and is situated on a peninsula between Tampa and the Gulf of Mexico. Similarly, the city of Tampa is on a smaller peninsula that juts into the Tampa Bay. The proximity to these large bodies of water helps moderate the local temperatures, ensuring the warm weather you’re after.

Treasure Coast
The Treasure Coast is also located on the state’s Atlantic Coast, and is made up of the Indian River, St. Lucie, Martin and Palm Beach (on occasion). It got its name from a Spanish Treasure Fleet that was lost in 1715 to a hurricane. Jensen Beach is along this treasure-filled stretch of sand, and is renowned as a retail shopping center this part of FL. On a more natural side, it attracts several species of endangered sea turtles during the months of nesting season.