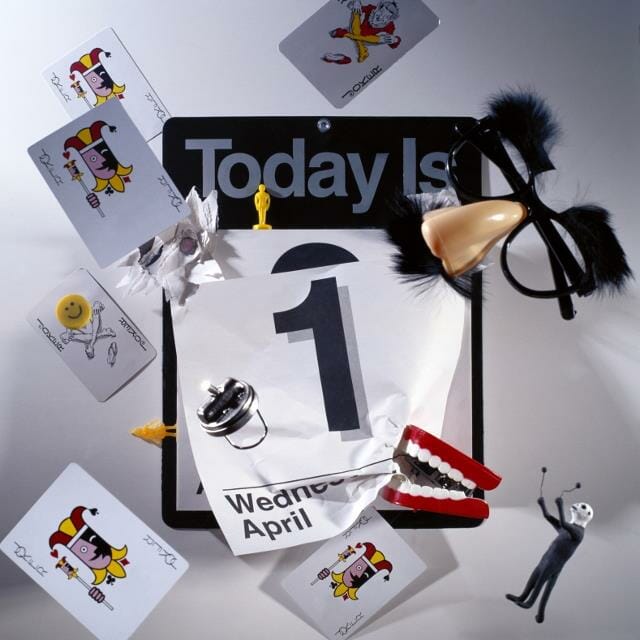 Before my dedication to responsibility and discipline sunk in, I was an obstinate second grader. When the murmurs of April Fools pranks began to assert themselves in the hallways, I was not surer of anything in the world than the fact that no one would be able to pull a fast one over on me.

I was brilliant. I aced my spelling tests and never forgot to get progress reports signed. I had only missed three days of school previously that year, due to a family vacation to Georgia. Simply put, I was a master mind of all sorts. I confided this all to my mother while pulling my braid into a blue ribbon on in the early days of March.

Looking her in the eye, I added that even she, a crafty homemaker, was no match for intellect. I was not to be fooled.

My mother smiled the same smile she uses to regale family members at reunions. A smile we’ve been told we shared. A wide-eyed, white toothed, sugary vision of innocence.

It just so happened that on the actual day of April Fools, Danny Hunsicker, knocked me down off the monkey bars, tearing my navy dress along with all the skin on my knees. A blubbering mess with only one more hour left of school, my mother was called to take me home.

In our living room, she sat me on the couch. She ran into her bathroom and emerged in a shower cap. She was a doctor commanding her invisible emergency team, yelling the word “stat!” after each sentence. She cleaned the wound, put blackberry cobbler into the oven, and brought out our most festive pink band aids.

Then the phone rang.

At this point I had gathered the rest of my pride in my arms and walked upstairs to get a story book. I paused on the steps when I heard my mother’s frantic voice.

“What?” she was almost screaming, “But you can’t do that! She’s only missed a few days! How can she fail the second grade?”

I sprinted to her, knee injuries all forgotten. She hung up the phone, kneeled down, and told me that my principal had called. Because she had taken me home I had missed more days than was allowed by my school and I’d have to repeat the second grade.

The next minutes are a blur in my mind, aside from the knowledge that within moments I had on clean school clothes and was begging her to take me back. School had ended thirty minutes ago. I told her I didn’t care. I was planning to stay there all night if it meant not failing.

I was a shaky, teary eyed mess.

That’s when she cried “April Fools!”

My mother’s favorite part of retelling this story is that I was in such a state of panic, that even after she told me it was a joke, I was unconvinced. I believed with my whole heart that I was going to fail.

It took a solid hour to calm down enough to realize I’d been pranked, and years (still continuing) to admit that perhaps I am not the mastermind I purport myself to be.