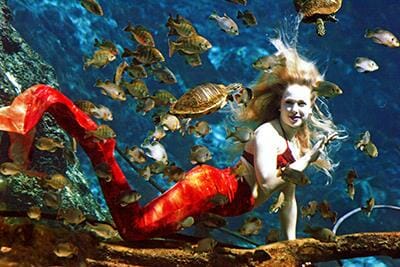 A Manatee, a Mermaid and a Retired Naval Captain…

A Manatee, a Mermaid and a Retired Naval Captain… 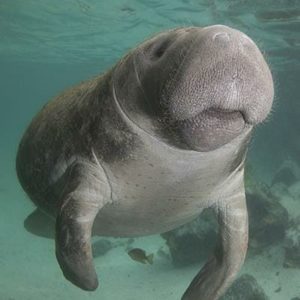 It may sound like a bar joke, but it’s a dream come true along Florida’s Nature Coast in Weeki Wachee. When Curt Reilly and his wife, Joanne decided to retire to Florida, they had no idea that one day Curt would be in charge of a 120 boat fleet, maintaining the safety of manatees and working with mermaids.

Married for 48 years, the Reilly’s decided to relocate to Florida after Curt retired from the US Navy in 2006. They had lived in various places like Chicago, New York and Washington, DC over the years and had vacationed on Florida’s west coast for many years, so they knew that Florida was the place they wanted for retirement. The Reilly’s had actually found Glen Lakes at an ideal-LIVING Resort & Retirement Expo (formerly Live South Real Estate Show) in 2005. They said, “We’re not going to buy anything. We are just going to look.” Well, they moved in 2007 and haven’t looked back.

“We’ve built a very nice life. The sun is shining now and it’s 75 degrees. When you retire, you do things you want to do, not what you have to (unless my wife tells me to). We thought and planned, and Glen Lakes has what we need.

“My children and grandchildren have their own life, so we let them lead it. They come and visit us. Most of our friends feel the same way.

“But, one of the things we like about Glen Lakes is that it is NOT a 55+ community. It’s great to have kids in the neighborhood. You have so many neighbors here—it’s kind of like the old NY neighborhoods. We don’t care what you did in your past life. There’s always something to do—as much as you want. And, did I mention VALUE.

“We even have friends that we have known for almost 40 years who moved to Glen Lakes about 6 months after we moved here.”

Now… on to the manatees and mermaids. 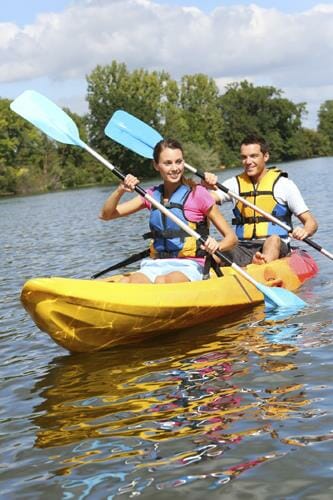 “I was already twice retired. I can’t sit around,” said Curt. “So, I decided I would do some volunteer work with the Manatee Watch, where we go out in kayaks and educate people about manatees.”

Thousands of people come to Florida’s Nature Coast each year between November and March to get close and personal with these 1000-pound aquatic herbivorous mammals known as “sea cows.” The West Indian manatees congregate in Florida, and over 400 of them can be seen wintering in the warm waters of the Crystal River. With a fear of possible extinction, the U.S. Fish and Wildlife Service protects these gentle animals. You can take guided kayak tours, and if you’re lucky, perhaps one led by Curt Reilly. You can also snorkel with the manatees. They are naturally curious animals and may initiate contact, but please do not touch them.

Curt started a kayak club at Glen Lakes that has grown to 150 members since 2008. “The Weeki Wachee State Park knew that I had some experience with kayaks, so they asked me to run the kayaking and canoeing at Paddling Adventures. The state of Florida privatized many of the parks in 2011, so they couldn’t run it with all volunteers.”

50,000 people a year come and paddle down the Weeki Wachee River—one of the most beautiful rivers in the world (according to Curt Reilly). The Weeki Wachee River flows to the Gulf of Mexico. People paddle 5.5 miles, then are picked up and taken back to the Paddling Adventure base. 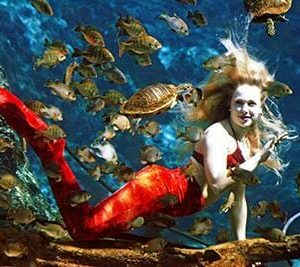 Paddling Adventures has about 120 kayaks and canoes and are adding paddle boards this year. One of my friends told me, “Well, captain, you finally have your fleet.”

Last, but certainly not least…the mermaids. Since 1947, mermaids have been swimming in the waters of the Weeki Wachee Springs. The spring pumps about 115 million gallons of fresh water per day at a constant 74 degrees.
Although a bit kitschy, this is a must see. The 400-seat submerged theatre features daily live mermaid shows. These beautiful mermaids have to be able to hold their breath for up to two minutes at a time. Mermaids serve an apprenticeship for a year before performing for the daily live audiences. The park needed volunteers to dive and clean the windows for the mermaid show, so that’s just what Curt Reilly did.

“It’s so relaxing. It’s hard to describe. I live three miles from my work, where I wear shorts and sneakers. People come to have a wonderful experience and they leave happy.”