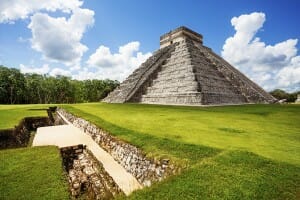 2015 Spring Issue In the Magazine

Fun in the Sun: The Allure of the Riviera Maya

Fun in the Sun: The Allure of the Riviera Maya 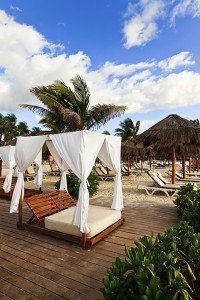 Once a compilation of small fishing villages, Riviera Maya, stretching along the Caribbean coast of Mexico’s Yucatán Peninsula, has since been developed into a modern tourist corridor. White, seashell-less sand connects resort after resort—and is just as beautiful as the pictures you see while surfing the Internet. The beaches are pristine—the water, turquoise. And with just those natural features, it’s no wonder Riviera Maya is known to be the home of some of Mexico’s most stunning beaches. People flock here year after year to indulge in the warm temperatures, beautiful beaches and to take on various adventures like snorkeling, swimming in cenotes and visiting Mayan ruins.

My husband and I recently ventured to the Riviera Maya. We checked into our room with an incredible view of swaying palm trees, (one of) the immaculately kept swimming pools and the shimmering ocean. We had only just arrived, and I was already impressed with the beauty of the area—and this was just the resort.

Of course the first thing we did was head to the beach so we could stick our toes in the powdery white sand (which was also incredibly soft). Step one of the trip complete. And we still had five more glorious days to relax and enjoy the 75-degree, sunny weather. 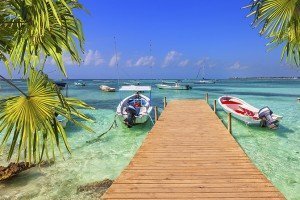 Chichen Itza
Thursday was our day of adventure. We woke up at 5:30 a.m. (the only day we had to set an alarm), and were picked up from the resort around 7 a.m. Shortly after, we boarded a tour bus and our journey to Chichen Itza, the most important capital city of the Maya area and one of the new Seven Wonders of the World, began. We traveled two-and-a-half hours inland to reach the city, catching glimpses of small towns and neighborhoods along the way. We learned that the name “Cancún” means “snake nest” (such a scary name for a place we picture to be so beautiful). We learned that Mayan people never actually disappeared—there are seven million living just in the Yucatán—and what their defining physical features are. We learned that the Maya invented the number zero, which enabled them to count into the millions. And when we finally arrived at the site of the ruins, we learned that the Maya were so advanced with astronomy and acoustics that they built their whole city around that knowledge. 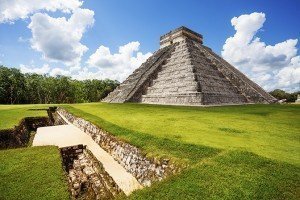 With a single clap from the bottom of the stairs to the temple, directly in front of the opening at the top, they could hear the call of their god, Kukulkan. And at a certain time, the sun created a shadow on the steps of the temple, making it seem like the god was returning to them.

Chichen Itza and the Cenote of Sacrifices were, and still continue to be, sacred places for the Maya. Seven years ago they stopped letting people walk to the top of the temple, but that doesn’t erase the feeling of awe when you see the building in person, and the rest of the grounds that are currently open to the public.

The Riviera
Maya holds the secrets of the Mayan world, and with the ability to step foot onto something so ancient, it makes this a destination worth visiting, perhaps more than once. Tulum, Coba and El Rey are also highly visited sites of the Mayan ruins, and are equally as beautiful.

Cenotes
After leaving Chichen Itza, our last stop on our day-long trip was to a cenote. Going inland meant the weather wasn’t as cool as it was near the coast, so stopping at this cenote wa 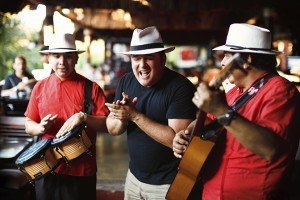 s appealing for two reasons: it was underground and full of crisp water. Throughout this part of Mexico there is a subterranean world of turquoise pools with mineral-rich waters that are so clear that you can see straight down. These natural swimming holes are the outcome of the collapse of the porous limestone bedrock, creating the beautiful water-filled caves or hidden pools framed by the jungle. The name “cenote” means “sacred well” and they were revered by the Maya because they provided water in times of drought.

The one we stopped at and swam in was at a crisp temperature of about 72 degrees, and home to many little catfish.

It was also on private property. In Mexico, if you discover a cenote on your land, you get to keep it. It’s yours! A natural swimming hole of fresh water, filtered by the earth. It’s a refreshing experience definitely worth trying if the opportunity presents itself.

Snorkeling
Riviera Maya is a top destination for snorkeling, with an expansive coral reef system just off the coast. The largest reef system in the Northern Hemisphere, the Great Maya Reef (a.k.a Mesoamerican Barrier Reef) stretches for 600 miles along the Yucatán Peninsula. And it’s home to over 500 species of marine life, giving visitors a ch 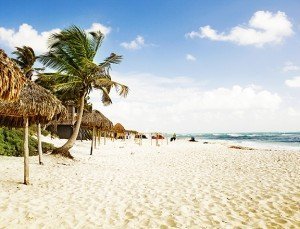 Life in the Riviera Maya
If you enjoy visiting, you might want to explore a permanent vacation in the Riviera Maya. Many planned communities offer the resort life as a primary or vacation residence, including the Bahia Principe Hotel & Residences. They offer homesites, condos and residences surrounded by two golf courses designed by Robert Trent Jones and four 5-star hotels from the Grand Bahia Principe Riviera Maya Resort, which offers unbeatable services to the residents of Bahia Principe Riviera Maya Residences & Golf Resort. You might want to also check out The Fives Hotel & Private Residences located directly on the beach, surrounded by a fascinating ecological park with more than seven acres of natural beauty.

By Rachael Provost Previously published in the 2015 Winter Issue