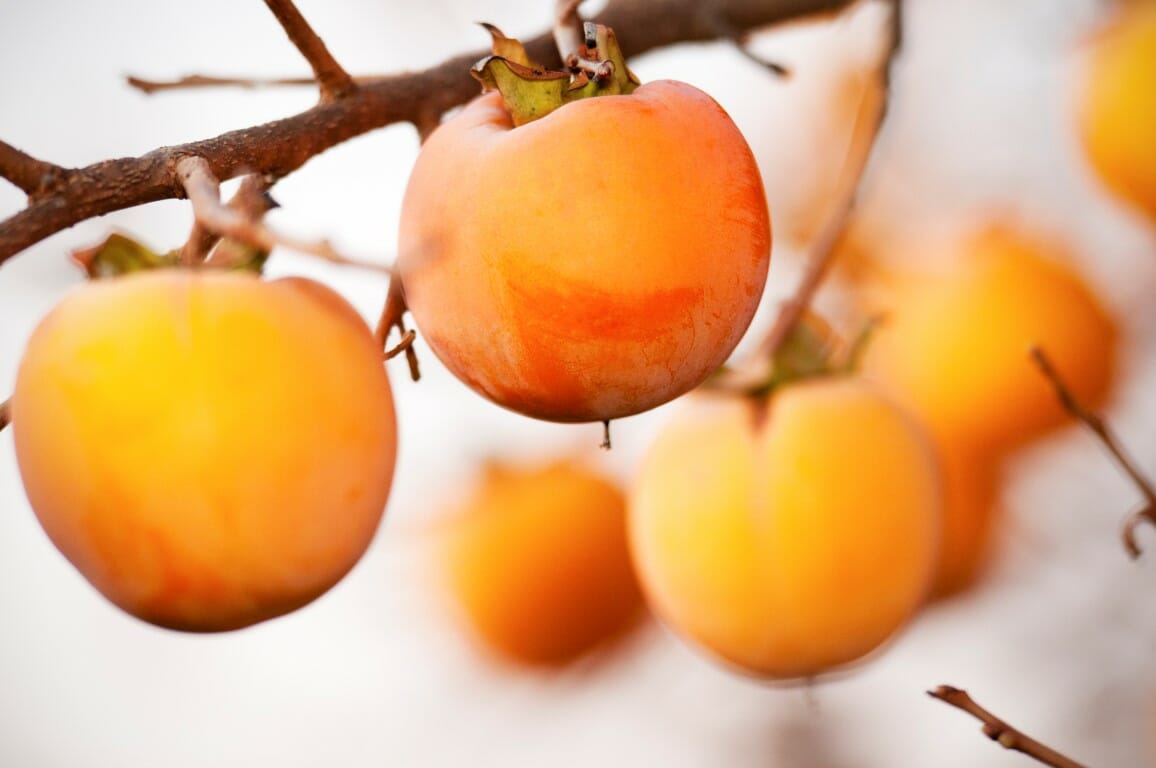 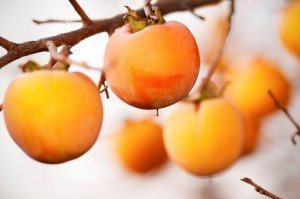 Fall is the time most fruits on woody plants, not just on fruit trees, mature and become most colorful. These come in various forms, types, and colors with names such as berries, pomes, and drupes.  In addition, there are other attractive fruiting or seed structures on some landscape plants and vines.  The following and more examples, along with photos, are given by Nancy Rose in an article from the publication (Arnoldia, volume 66:2) of the Arnold Arboretum in Boston—one of the most extensive and well-known collections of woody landscape plants.

Perhaps the most common tree fruit is the “pome”, as is common to members of the rose family such as apples, crabapples, mountain ash, pear, hawthorn, and cotoneaster.  These have a central core surrounding several seeds and, similar to berries, don’t split when mature.

Although “berry” is commonly used to refer to any smaller, generally rounded and fleshy fruit, botanically it is a fruit that doesn’t split when mature (“indehiscent”), comes from a single female flower part (“pistil”), and has one or more seeds.  Vines such as grapes and kiwi have berries, as do both shrub and vine honeysuckles.  If you know the persimmon fruit, you may be surprised to learn it too is a berry—one of the few from a large tree.

Other fruits we don’t normally think of as berries are those with a hard rind (“pepo”) such as watermelon, cucumber, squash, and pumpkin.  You probably never thought of citrus fruits as berries, but they are a type (“hesperidium”) with leathery rind, and partitions between sections like parchment.

Similar to a berry is the “drupe”—a fruit with a single seed surrounded by a hard layer or central “pit” as in cherries, plums, and peaches.  Many of our showy fall landscape plants have drupes for fruits, including viburnum, beautyberry, dogwoods, and hollies.  While not grown in temperate climates, other common drupes include olive, mango, almond and coconut.

If you’ve ever seen fruits on roses you’ve seen their “hips”—a term just used for such rose fruits.  These are often a colorful red or orange, and give a common name to the rugosa rose of “beach tomato” (it is often found growing along New England beaches).  If you dissect rose hips you’ll find fused flower parts surrounding multiple small, dry fruits containing single seeds.

The fruit types so far are grouped as “simple” fruits—those with a single ripened ovary (base of the pistil) in a single flower.  Some examples so far are of the botanical groups of simple fruits—fleshy or dry, and whether they split when mature (“dehiscent”) or not.  If a flower has several female parts (pistils) that form multiple small fruits, these are termed “aggregate” fruits.

Raspberries and blackberries are examples of an aggregate fruit of small drupes (drupelets).  Magnolia produce aggregate fruit too, only larger and, when mature, each small simple fruit (in this case termed a “follicle”) in the bigger aggregate cluster opens to showcase a seed covered with a bright red fleshy coating.  Other examples of follicles are found in many garden flowers such as milkweed, peony, larkspur, delphinium, and columbine.  In follicles, the simple fruits split open along one seam.

When several flowers fuse together to form many fruits that appear as one, this is an example of a “multiple” fruit.  The osage orange tree, fig, mulberry, and pineapple all produce such multiple fruits. 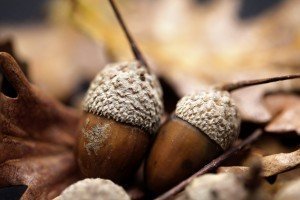 Then there are the other fruiting structures that are attractive in some landscape plants.  They often are carried by wind, by animals, or just drop to disperse and to the create seedlings.  Look at maples in fall and you’ll see their papery winged seeds that twirl through the wind like little propellers.  These “samaras” are a fruit botanically described as a “winged achene”.  This takes various forms from the paired wings in the maple, to one encircling the fruit in elm, to a paddle-like wing in ash.  Size and wing angle of samaras in maples is one means used to identify different species.

“Achenes” are very small fruits with one seed, usually found with many in a cluster.  Sunflower seeds are achenes—the fruit of the largest plant family, the sunflower or daisy family.  Other examples are the buttercup and sycamore tree.

Achenes are one type of dry, indehiscent (doesn’t split open when mature) fruit, as are “schizocarps”.  In these, the fruits split open into sections, but the sections containing the seeds remain intact and don’t split open.  You’ll see this fruiting type in plants of the carrot family including fennel, as well as in mallows.

Acorns are well-known to most humans, and to wildlife such as squirrels that use them for food.  They are unique to oak trees, and are composed of a hard nut enclosed in a cup-like structure (called an “involucre”).  Some of these cups are fringed as in the bur oak. Related are the chestnut fruits common on this plant and beech, with the nuts in a spiny cup.  In hazelnut and filbert, fruits are in a leafy or tubular cup.

“Capsules” are those dry fruit structures that split open when mature (“dehiscent”), often into defined sections, to release many seeds.  They are common on many landscape plants including golden rain tree, horsechestnut, and catalpa trees, and the summersweet shrub.  Portulaca and poppy are a couple of flowers with capsules.

Even if you don’t know the official name of “pod”, you know this fruit by its most common example—beans, and other members of the large legume family, such as peas.  This fruit type often splits along two seams, and may be formed from a modified, folded leaf.  Some examples of woody landscape plants with pods are honey locust, black locust, redbud, Kentucky coffee tree, and wisteria.  Kidney-shaped or coiled pods are found in clovers.

All these fruit types are found on “deciduous” plants, or those that drop their leaves in winter.  A very few deciduous trees (such as bald cypress and larch) produce “cones” in which seeds are borne on surfaces of scales. Most cones are produced on evergreens in temperate climates, though, as you may recognize in spruces and pines.  Such cone-bearing trees are called “gymnosperms,” meaning “naked seeds,” referring to the seeds not enclosed in a fruit structure.

When choosing landscape plants, consider ones with attractive fall fruits even if you don’t remember all the botanical terms.  Many of these fruits persist into winter, providing colorful visual interest during an otherwise bleak time.  Many provide food for birds and other wildlife, to help them survive the winter.

Yet, on the other hand, watch the placement of some fruiting trees.  While a crabapple may be attractive in a border, or an apple tree in an orchard, its fruit dropping onto paved surfaces may be a nuisance.  Avoid plants with fruits that spread into the wild and are invasive, such as buckthorn, bush honeysuckle, burning bush, and barberry.