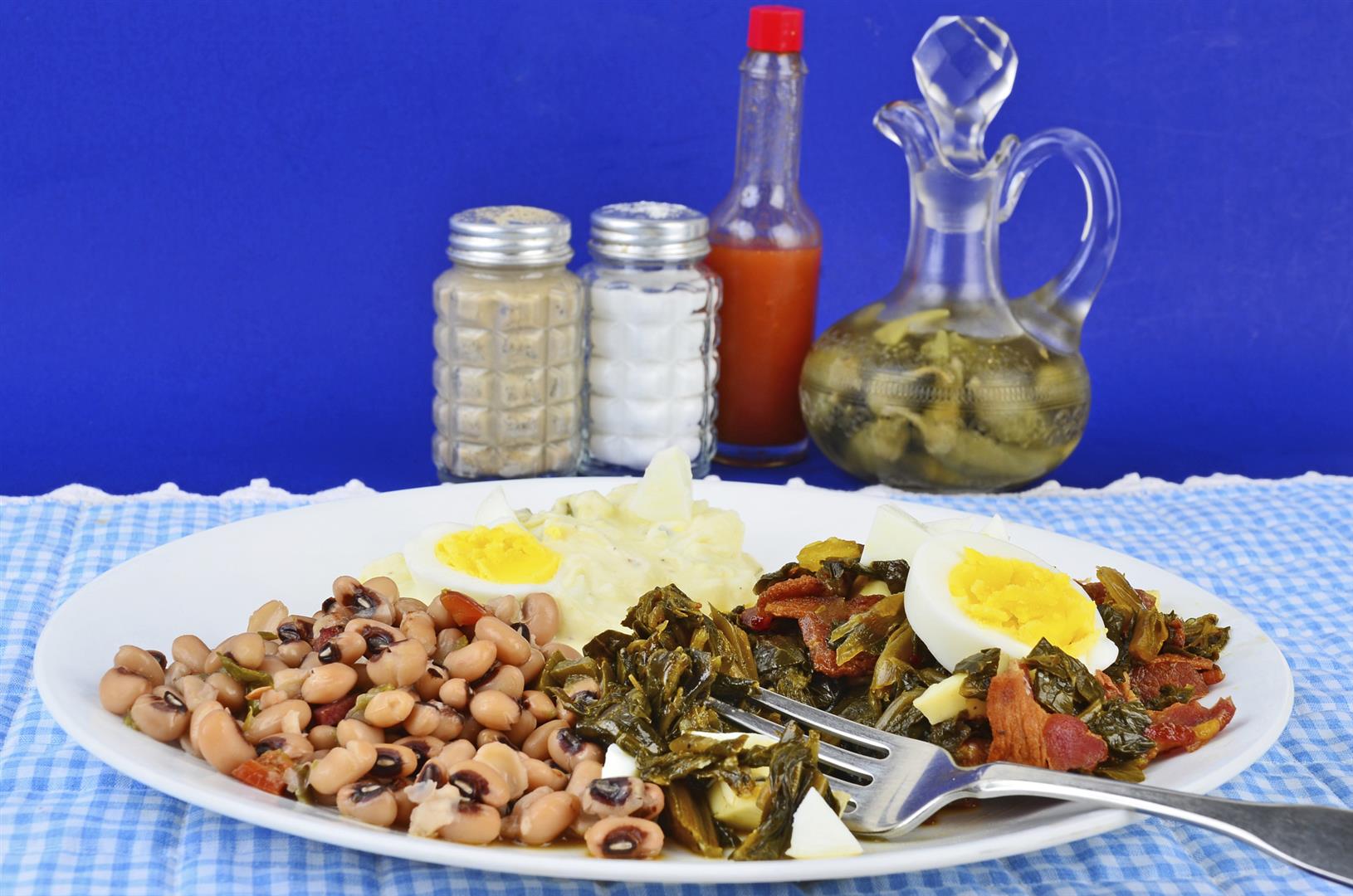 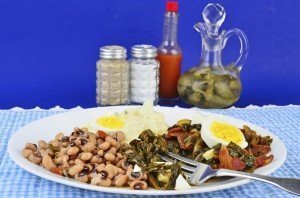 Collard greens and black-eyed peas form a traditional Southern meal and staple New Year’s Day tradition, which dates back to before the American Civil War. In fact, the tradition may even stretch beyond the South and beyond the United States, all the way to the Jewish New Year celebration, Rosh Hashanah. That means that the tradition may go back 1,500 years. A portion of the Talmud cites that it was customary for Jewish people to eat black-eyed peas in celebration of Rosh Hashanah.

So how did the tradition arrive in America? Perhaps Sephardic Jews, arriving in Georgia in the 1730s, brought the tradition. However, the most common legend tells that, during the Northern troops occupation of the South, black-eyed peas and greens were the only food they left behind, considering them to be only good for animal fodder.

You might be wondering what to pair with your collard greens and black-eyed peas. Traditionally, cornbread goes well with the meal, hence the old phrase, “Peas for pennies, greens for dollars, and cornbread for gold.” Pork, another staple of Southern cuisine, can be cooked with the peas for flavor.

Many people prepare black-eyed peas in a dish called Hoppin’ John, which is a mixture of the peas, rice, and bacon or ham hock. One tradition associated with Hoppin’ John is to throw a dime in the pot. Whoever gets the dime in their serving is said to have extra good luck in the coming year. Texas (Black-Eyed Pea) Caviar is another popular dish that offers a blend of Southern and Mexican flavors.

There are many ways to prepare black-eyed peas, including as a loaf or in a salad. Typically, it is good to add flavor to the peas either with some sort of pork (bacon, ham, etc.) or onions. It is typical to serve the peas with either hot chili sauce or a pepper-flavored vinegar.

This New Year’s Day, as you make your resolutions and celebrate with friends and family, why not serve up some black-eyed peas and collard greens in order to uphold this great Southern tradition and have some good eating? And the promise of wealth and prosperity can’t hurt, right?