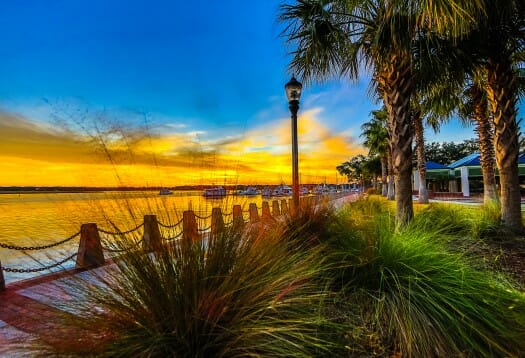 The Lowcountry region of South Carolina is one of the most charming and beautiful areas in the country. Towering oak trees decked with Spanish moss will greet visitors as they tour the area in a horse-drawn carriage or kayak down the Harbor River. 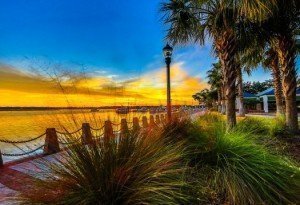 In the heart of this region, nestled along the Intracoastal Waterway, is the historic town of Beaufort, SC, home to the community of City Walk. Created by East West Communities, an award-winning community planner and designer, City Walk is an intimate neighborhood of 49 single family homes. With lots of green space and parks, the community is uniquely Southern in its tight-knit, familial character.

Not to mention that the creek-side community is just walking distance from downtown Beaufort and all it has to offer. From antique shops like Bay Street Treasures to book shops like the Beaufort Bookstore, there’s a shopping experience for everyone. And on top of that, there are cafés (Common Ground Coffeehouse and Market Café), fine dining restaurants (Saltus River Grill), and, you guessed it, lots of local seafood joints (Plums). 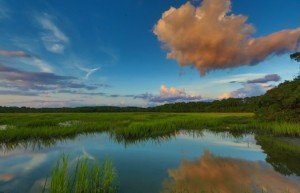 Beaufort is also home to a variety of festivals and exciting events. From May to September, get downtown on Wednesday afternoons for The Downtown Farmers Market. Each week, a new artist is represented in a downtown galley, plus there is live entertainment and lots of local produce. From July 17-26, the 60th Annual Beaufort Water Festival will be held. This festival includes an air show, raft races, a concert, and lots of children’s events.

Nearby is Parris Island, the Marine Corps Recruit Depot, which celebrated its centennial anniversary this year. With Flag Day coming up on June 14, residents of Beaufort especially will want to display their flags to honor the brave Marines so close to their home, as well as all of our military, at home and abroad. 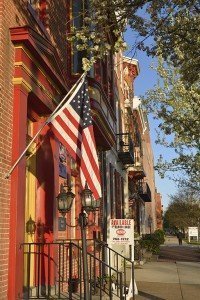 Flag Day is not the only time we remember and honor our troops. On July 4th, residents can celebrate our independence with fireworks at the Sands of Port Royal. Throughout the summer and throughout the year, Beaufort’s proximity to active military reminds residents of the sacrifices a few have made for the many.

At City Walk, residents get to live in a tight-knit community, surrounded by natural beauty, yet close to all of the delights of an historic, active town. With homes starting in the mid-300,000s, designed by Allison Ramsey Architects in ten different styles, there’s no reason not to want to come live in City Walk. Sitting on your porch, you can greet neighbors or simply revel in the fading light of a setting sun, admiring the way the light plays off the palm trees.

Beaufort, South Carolina is considered by many to be the most beautiful small town in the United States and one of the most walkable towns in South Carolina. This happy, seaside town is exactly where you would want to settle down. And what better place to choose than City Walk, where parks and green spaces are just as essential as being neighborly and living well? So come on, and experience the joys of Southern living.