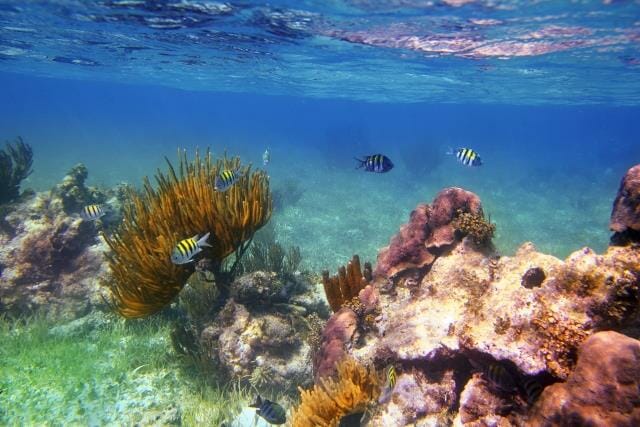 With its ribbons of sandy beaches, swaying coconut palms, warm waters, and coral reefs, Saint Lucia is indeed paradise. St. Lucia has evolved, in recent years, into one of the region’s most popular vacation and active adult destinations. Couples are not only enticed by the island’s striking natural beauty, but by the naturally luxurious St. Lucia lifestyle.

One of the Windward Islands of the West Indies’ Lesser Antilles, Saint Lucia is situated between Martinique and St. Vincent. The Atlantic Ocean surrounds the 238 square-mile island on the east coast, while the tranquil turquoise Caribbean Sea laps its shores on the west. At the island’s heart, pristine rainforest cloaks rugged mountains. And, in the valley below lies fertile farmland. Additionally, vast banana plantations sprawl between the two. St. Lucia’s landscape also includes one of the world’s few drive-in volcanoes. Then, there’s the Pitons, signature twin volcanic cones that tower more than 2,600 feet above the sea. The Pitons are preserved as a UNESCO World Heritage Site.

Saint Lucia boasts a standard Caribbean climate. Consistently warm, sunny weather is tempered by northeastern trade winds and subsequent light showers. Mid-December to mid-April is high tourist season. The island is pleasantly warm during the day and cool at night. Then, there’s the rainy season, which lasts from June to October. Heavy bursts of rain soak the central rainforest at a rate three times heavier than on the coast. The least popular season in St. Lucia is August to October, hurricane season.

The island population hovers around 160,000. It’s known for historic influences of African, Amerindian, European, and East Indian cultures. While it’s a Creole society in the broadest sense, there’s a sense of oneness that threads through the population. One will find an intriguing combination of races, cultures, languages, and cuisine in St. Lucia. Though English is the official language, a French-based Creole (or patois) is also spoken.

In stark contrast to the serenity visitors enjoy on Saint Lucia today, for nearly two hundred years, the island was the object of some of the bloodiest battles that raged in this part of the world. During the 16th and 17th centuries, Saint Lucia changed hands between Britain and France a record 14 times. So, the moniker as the “Helen of the West Indies”, was duly earned. History buffs can visit Pigeon Island National Landmark, a strategic military post used by French pirates in the 1550s and by U.S. armed forces during World War II.

This tiny island has produced two of the greatest Nobel Prize Winners, economist Sir Arthur Lewis and poet and playwright Derek Walcott. Saint Lucians love to “jump up” (dance in the street) and there is no better time to visit than during one of the island’s festivals. The renowned Saint Lucia Jazz Festival in May draws performers and audience members from around the world. Carnival in July and International Creole Day in October, though, are when the island’s free-spirited, colorful culture truly reveals itself with wild costumed street parades and indigenous music and dance.

No matter what time of year you visit, you’ll find Saint Lucia pulsating with the energetic rhythms of calypso, cadence, zouk, steel pan, soca, and reggae music. On Friday nights, residents and tourists alike stream into the fishing village of Gros Islet for a raucous weekly street party that gets going around 10 p.m. and lasts till the wee hours of the morning. Bars throw open their doors and pump loud music into the street, while snack vendors sell fried fish, barbecue, and hotcakes. Revelers dance under the stars with a can of beer in one hand and a juicy barbequed chicken leg in the other.

Local crafts of basketry, pottery, woodcarving, and jewelry made from seeds are integral to the local economy and to the St. Lucia lifestyle. Browsing is half the fun at the bustling Castries Central Market and Vendor’s Arcade and at the Choiseul Arts and Craft Centre.

In addition to Creole cuisine, restaurant fare and resort buffets run the gamut with Asian, French, Mexican, British, and American offerings, as well as fast food burgers and pizza.

Refreshing fruit juices abound and islanders are rightly proud of their rum. Saint Lucia Distillers produces an assortment of both dark and white rums at its factory in Roseau Valley. The distillery hosts guided tours showing how rum was made in the past and how it is produced today using modern techniques. Local bartenders concoct delicious rum punches and cocktails with fresh fruit juices and liqueurs, completing the Caribbean St. Lucia lifestyle.

Nature lovers and active adults enjoy the St. Lucia lifestyle likely more than most. St. Lucia boasts a wide range of land and sea adventures on the island. The sand on the beaches here ranges in hue from volcanic black to golden honey. Reduit Beach on Rodney Bay is the most popular (and crowded) of the northern beaches for sun worshippers. Scuba divers and snorkelers favor Anse Chastanet and neighboring Anse Mamin, while wind surfers flock to the swelling waves and winds of Anse de Sables, near Vieux Fort to the south. The underwater world of Saint Lucia is a wonder to behold, with pristine coral reefs sheltering sea horses, octopus, sea turtles, and a multitude of exotic fish species, including peacock fish, needle fish, frog fish and batfish.

Saint Lucia’s rain forest covers some 19,000 acres of lush valleys and peaks. The National Trust and the Department of Forestry offer 29 miles of trails (some more strenuous than others) that lead hikers through the tropical rain forest. The scent of wild orchids fills the air and there are swimmable waterfalls and more than 30 species of birds, such as the Saint Lucia oriole, white breasted thrasher, Lesser Antillian peewee, and Saint Lucia wren. If you’re lucky, you’ll spot the national bird, the Amazona Versicolor (or Jacquot), a colorful parrot that was once an endangered species and is now protected.

The island boasts extraordinary botanical gardens as well. The perfectly manicured Mamiku Gardens wind around the hilltop ruins of the Baron Micoud Estate House (circa 1766) in the village of Micoud. At Diamond Botanical Gardens and Waterfall in Soufrière, visitors soak in curative thermal mineral baths that King Louis XIV of France commissioned in 1784. Rumor has it that Joséphine Bonaparte bathed here as a young girl.

Most of Saint Lucia’s hotels, resorts and inns are tucked away on secluded coves, unspoiled beaches or jungle-covered hillsides. Luxury villa communities, complete with onsite gourmet restaurants, pampering spa services and access to golf courses, are a popular lodging option. Top ranked resorts include Cotton Bay Village, where town house and villa rentals come with complimentary butler services. The romantic open-air villas and suites at Ladera feature four-poster beds and views of the famous Pitons volcanoes. Then, there’s Emerald Vista Luxury Residences, an active adult haven on the southeastern side of the island. Both exhilarating views and Caribbean breezes greet visitors and residents daily. No matter where you stay, you’ll find Saint Lucia to be a soul-satisfying feast for the senses.