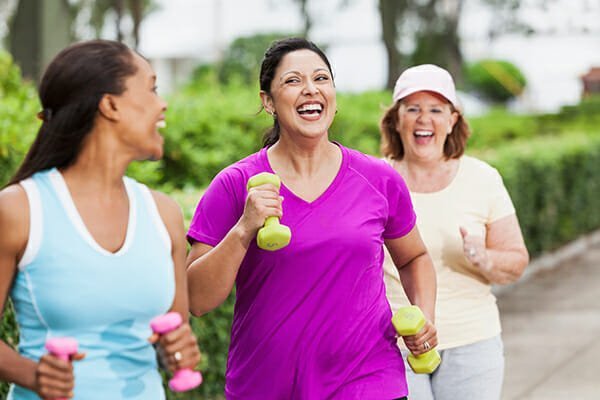 You Can  Teach an Old(er) Brain New Tricks. How to keep your Brain healthy.

By Jan Cullinane. Previously published in the 2016 Fall Issue.

Old Thinking: Crossword puzzles and Sudoku are great for our brain, perhaps staving off dementia.

New Thinking: Our brain continues to make new nerve cells throughout our lives in the part of the brain called the hippocampus, which is involved in memory, learning, mood, and emotions. And our brain can re-organize itself, creating new pathways and connections among brain cells.

According to the Alzheimer’s Organization, one in nine people in the United States over the age of 65 have Alzheimer’s disease, and about a third of people aged 85 and older do. Armed with this newer research that our brain can make new neurons and new connections, what can we do to help save our brain?

First, let’s talk about what hinders the creation of nerve cells (called neurogenesis) in the brain. Aging (can’t do much about that one—starting around the age of 40, we lose about 5 percent of our brain volume/weight every decade). Chronic stress, not getting enough sleep, diets high in saturated fat, and excessive alcohol consumption have a negative effect on cranking out those new brain cells.

Moving: Aerobic exercise (including brisk walking) is the winner as far as exercise is concerned. Not to say that weight-lifting or interval-training isn’t good, but the research points to aerobic exercise as the best bet when we’re talking about neurogenesis.

Thinking: Here, novelty is what counts. Get your brain humming by learning a new language, sport, game, or instrument; by traveling to an unfamiliar place; by reading about a subject that is outside of your normal wheelhouse; by creating a new recipe; or by attending a play or lecture that really makes you think. In other words, take yourself off auto-pilot and challenge yourself.

I do want to point out that most of this new research about neurogenesis involves experiments on rats. Although we obviously look different, rats and humans have the same organs and organ systems which function in a very similar fashion. Rats are mammals like us, and their brains are built like ours, although of course on a smaller scale. Rats are a good model for manipulating exercise, novelty, food, sex, and the environment and applying the results of the research to us. And when the research is complete, their brains can be studied and the number of new brain cells counted. (That wouldn’t work so well in humans.)

Can we build a better brain? The answer appears to be yes, so let’s start integrating some of these concrete suggestions to grow more brain cells today.

Jan Cullinane is an award-winning retirement author, speaker, and consultant. Her current book is The Single Woman’s Guide to Retirement (AARP/Wiley).