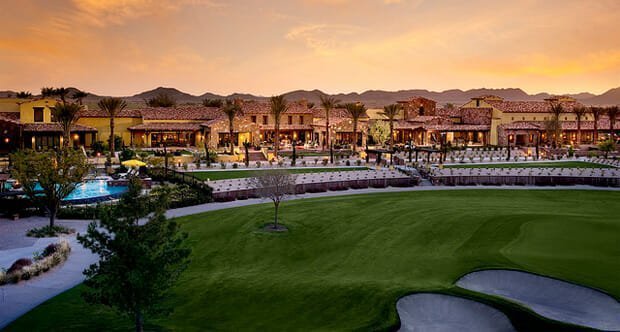 All Along the Whiskey Trail

Tasting your way through Tennessee

By Fanny Slater. Previously published in the 2016 Winter Issue.

No matter how you sip it—on the rocks, neat, with a splash of soda—whiskey is a magical potion. Sure, one finger too many and you might be seeing sparkles, but that’s not what I mean. This sultry spirit is served with a side of history, especially when we’re talking Tennessee. Dig deep into this state’s roots and you’ll find that whiskey is the quintessence of their spirited culture.

Not familiar with the framework? It goes a little something like this: all bourbon is whiskey, but not all whiskey is bourbon. Since this catchy phrase may slip your mind after one too many, let me break it down for you. Whiskey is distilled from fermented grain

mash. Think: barley, corn, wheat, and rye. Once aged in wooden barrels, it’s whisked away, pun intended, for its sipping debut. The laws of liquor state that a spirit with a bourbon nametag has to meet the following criteria: a makeup of more than 51 percent corn and a nice long rest in new, charred oak barrels. While a Tennessee whiskey may meet those
requirements, don’t call it the b-word to its face. Most Tennessean producers renounce references to their spirit as bourbon. These folks take their whiskey work seriously and even use a distinctive filtering phase to move their product one step further from the bourbon brand.

Once again, repeat after me: all bourbon is whiskey, but not all whiskey is bourbon. Class dismissed.

As the story goes, once upon a chilly winter day in 2012, a mishmash of whiskey enthusiasts embarked
upon a mission. They realized that—with a budding micro-distillery lifestyle on the rise and new stills popping up left and right—there was no single resource to steer people in the right direction. They created a roadmap through the landscape of spirits, thus manifesting a one-stop-shop for tasting your way through Tennessee. Their expansive resources include maps, products, backstories, and informational guides for every one of the state’s dozens of distilleries.

Now buckle up and let’s hit it.

Look up “Tennessee Whiskey” in the dictionary, and you’re sure to find Jack. Daniels, that is. This iconic black-and-white labeled bottle is notoriously coupled with Tennessee nostalgia. Yes, the whiskey is damn delicious, but the massively popular brand also boasts ownership by one of the biggest in the biz. Located in Lynchburg, Jack Daniel’s still is known for their free tour, copious parking, and colossal staff. Inside the distillery walls you’ll, literally, absorb the process from start (buying the grain) to finish (bottling the product). You’ll even learn facts about the Jack of all trades—like how he died from lead poisoning after angrily slamming his foot into his safe. Good rule of thumb: Never drink and kick.

From Jack to George, the other major player in the game is located just 20 minutes down the road. Tennesseans know George Dickel as the simpler, less commercialized whiskey-producer who handcrafts their product the old-fashioned way. This modest distillery is celebrated for their phenomenal tour, informative guides, and the whiskey’s uniquely smooth flavor. The secret: What most producers dub “double filtered,” George calls a single. Since whiskey is mellowed through an array of different elements, this makes a world of difference in the final flavor.

Over the river and through the woods to Knox Whiskey Works we go. This novel hot spot—deemed Knoxville’s first craft distillery—swung its doors open last spring. They’ve taken a modern spin on things by partnering with local farmers to create an exclusive style of spirit like their unaged white whiskey. A true “bushel to bottle distillery,” their corn providers—Riverplains Farm—grow only non-GMO, organic corn. The Jackson Avenue location is the master site for everything from fermenting to distilling to labeling to tasting.

Moving right along to Memphis, right on the verge of opening up shop is Old Dominick Distillery by D. Canale & Company. This warehoused distillery and public tasting room will be used to harvest and bottle a line of premium spirits. Just before prohibition, the Canale family was one of the top names in alcohol in the Southeast. After a long pause, this spirit staple got back in the business circa 2010. They’re currently creating a buzz around town for the highly anticipated opening of Old Dominick on South Front Street. Starting at the top, you can expect to find a rooftop bar, and down on the second floor, an exclusive VIP tasting room. For those rumbling bellies, the enormous basement down below will house a “speakeasy” themed eatery.

In Chattanooga, check out the Tennessee Stillhouse, home of Chattanooga Whiskey Company. Located in the heart of downtown, this quaint micro-distillery and tasting room is infused with Tennessee whiskey traditions. The rustic décor—exposed brick and vintage beams—provides for a charmingly historic touring experience. Guides will educate you on a snippet of Chattanooga’s whiskey-making chronicles.

Topping the list of Nashville must-gos is Collier and McKeel, who prides itself on being the only handcrafted Tennessee whiskey distilled in Nashville. About a mile from the state capital and not too far from Franklin, the historyin these walls goes back 200 years. The family chose this precise location for its rich land and ancient limestone-
filtered water (a property that makes for idyllic whiskey crafting). The building dates back to the 1800s, and its
antique structure provides a picturesque setting. Collier and McKeel filter their whiskey through sugar maple charcoal, yielding a rich, yet slightly sweet, smooth flavor.

While you’re stopped in Nashville, pop over to Corsair, an artisan-style distillery started by two homebrewers with a change of heart. This brewpub is known for its widely-praised, unusual spirits such as the Ryemageddon-aged whiskey. This contemporary craft still experiments with alternative base grains like quinoa to set themselves apart from the top dogs (I’m looking at you, Jack). Kick it off with their captivating tour, where you’ll learn how Corsair produces only a few cases from each small batch stilled in their traditional copper pots. Grace the tasting room for a flight and then wash it all down in the taproom with a beer and a bite.

Speaking of substance, what does one snack on to wash down the whiskey? Here’s your briefing. For those subtly sweet, fragrant whiskeys, try delicate dishes like smoked salmon, broth-based soups, and creamy cheeses. For the medium-bodied barrels with grassy tones, fire it up. Smoked duck, oysters, or mussels pair beautifully with the lightly woody notes. For those full-bodied whiskeys aged in sherry casks, bold meaty flavors like grilled steak and roast venison are an ideal match for the spirit’s intensity. For dessert, go for dark chocolate and aged cheddar, which offset the oaky flavor. Last, but
certainly not least, for those strong, dark, mossy spirits, go big or go home with sharp flavors like strong blue cheese and anchovy-based spreads.

Now that we’ve gotten our fill of food and drink, let’s crank up the celebration. Many of the state’s largest spirit gatherings—like the Nashville Whiskey Festival and the Tennessee Whiskey Festival—are slated for the fall. But if springtime in Tennessee is calling your name, check out the first annual Whiskey Warmer, which is scheduled for March. This lakeside tasting party will allow festival goers a sampling of over 30 whiskeys, bourbons and more. The event benefits The Westhaven Foundation, which helps to grow and develop the friendly community.

Well, we’ve reached the end of our tour. Please pick up your souvenirs by making your way to the bottom of the bottle.