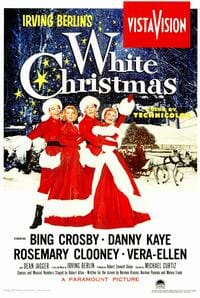 Ah, I know what you’re thinking: a top ten list of holiday movies. I am sure you’ve seen at least one this holiday season. Of course you have—‘tis the season for sappy, emotional Christmas themed movies. (I mean, Hallmark devotes a week to Christmas movies every July, and they are devoted to emotional movies). But what’s different about this list is that it will appeal to everyone in your movie viewing party! So, pop some corn, roast some chestnuts, and have a movie marathon. 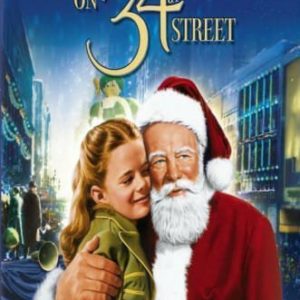 It’s a Wonderful Life-Everyone loves this Christmas classic, starring Jimmy Stewart, as George Bailey, who sees what the world would be like without him in it. He sees all the lives he touched. Perks: A feel good holiday movie, ending with a classic line: “Every time a bell rings, an angel gets its wings.”

Miracle on 34th Street– I am speaking about the 1941 rendition, not the 1994 remake, which is worth the watch. Natalie Wood stars as Susan, the young girl, who believes that Macy’s new Santa is the real Kris Kringle. Perks: This movie will restore your belief in all that Santa Claus entails—childhood faith, fantasy, and hope!

A Charlie Brown Christmas– Although not a feature film, a must-watch Christmas special. It’s twenty-five minutes long, so not too long for even the shortest attention span, teaches a timeless lesson through great animated characters, and is still relevant today for all ages. Perks: The soundtrack is amazing, and it teaches kids a lesson about the importance of Christmas.

White Christmas–Which is my personal favorite. Stars a slew of famous singers/actors from the 40’s/50’s: Bing Crosby, Vera Allen, Rosemary Clooney, and Danny Kaye, and featuring a soundtrack written by Irving Berlin, this movie is good, old-fashioned holiday fun! Perks: A story of paying back the people, who have helped you!

A Christmas Story–Many people call this their favorite, and a cable channel devotes 24-hours to it every Christmas. The story of one Christmas, told by 9-year-old Ralphie Parker offers audiences humor and the feeling of excitement of your childhood days. Perks: You’ll finally know where the quote “You’ll shoot your eye out, kid” came from.

The Family Stone– Every family is dysfunctional in some way. This movie tells the story of how one dysfunctional family spends the holiday together. Perks: You’re left yearning for those great family get-togethers where everything goes wrong, yet all is right with the world. 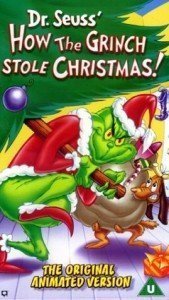 How the Grinch Stole Christmas–Dr. Suess’ classic book brought through life (with or without Jim Carrey), tells how Cindy Loo Who changed the Grinch’s view of Christmas, as he attempts to steal Christmas from Whoville. Perks: Makes you believe anything is possible.

Planes, Trains, and Automobiles–Two comedic geniuses—John Candy and Steve Martin deal with the horrible headache holiday travel often causes in this comedy. Perks: Although it’s a Thanksgiving movie, it shows why it’s important to be home for the holidays at any cost.

The Santa Clause– Scott (Tim Allen) becomes Santa Clause after Santa falls off his roof on Christmas Eve. No one believes him, except his son, Charlie, who helps his dad in his new job. Perks: Great holiday fun with multiple sequels to watch!

The Polar Express– An animated adaption of Chris Van Allsburg’s children’s book of the same name, The Polar Express is a journey to the North Pole and back that both kids and their parents will enjoy. Perks: Executive producer Tom Hanks also plays five characters in the film: the young protagonist, his father, the conductor, the hobo, and Santa Claus.

No matter who’s watching, you’re sure to find something they’ll love! Happy Holidays!