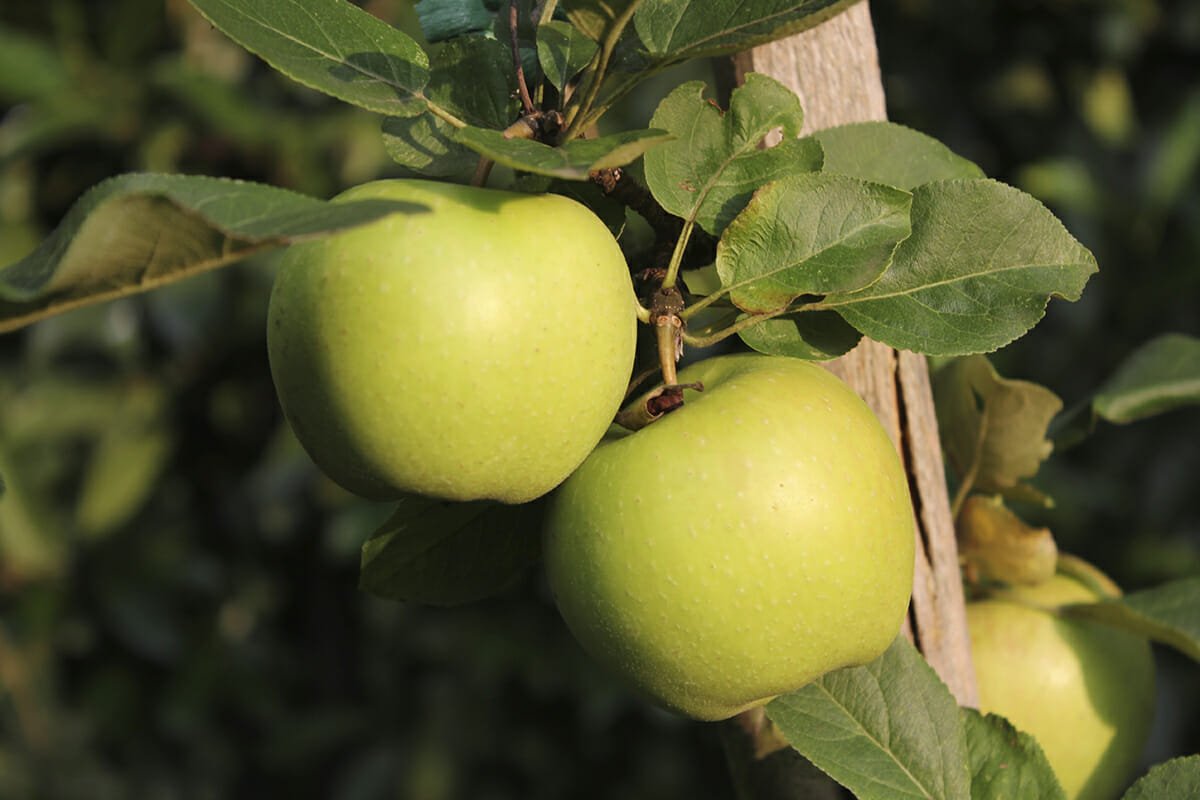 Late winter is the best time to prune mature apple trees.  If you’re buying young ones in the spring, they may or may not need pruning, depending on 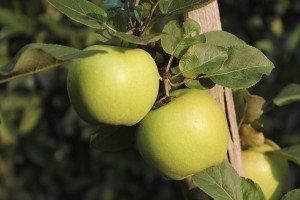 several considerations.  Trees need to be pruned for best yields and longest tree life.  How much to prune will depend on what type of tree you have.

Whether you have existing trees, or are buying new ones (remember when buying to get at least two different trees that are compatible for cross pollination), make sure you know the ultimate size.  Dwarf (7 to 10 feet) and semi-dwarf (12 to 15 feet) may need less pruning than the traditional and now less common standard trees (more than 15 feet when mature).

The first branches to look for in pruning can be remembered by the 2 C’s and 3 D’s.  Remove any that are crossing and rubbing on each other (keeping the most vigorous or branches pointed in the desired direction), and those that are crowded (this allows more light and air into the center of the tree, increasing growth and reducing diseases).  Then look for pruning out any branches that are dead (discolored, no signs of buds, brittle), diseased, or damaged (such as broken by ice storms).

Trees should have well-spaced “scaffold” branches. These are the main branches that arise off the trunk, that help form the canopy, and from which lateral branches arise.  These should be spaced up the trunk vertically 8 to 12 inches apart, 3 to 4 inches for dwarf trees.  They should not arise off the trunk directly across from each other, nor directly above another branch.

The best branches are more horizontal than vertical.  They’re stronger, less apt to break in wind and under fruit loads, and produce more fruit.  So remove the more vertical ones.  If many are vertical, you can use some tricks as growers do, either weighting them down slightly for the season, or place thin posts between branches to space them.  Different cultivars (cultivated varieties) will have different growth habits.  For instance, ‘Red Delicious’ tend to be more upright, ‘Jonagold’ and ‘Liberty’ tend to be more spreading.

Another term to know in pruning apples refers to the system.  Most will be pruned to a “central leader.”  As it indicates, this is simply leaving a main terminal shoot, and pruning off any on top near this that are competing to be the leader.  It results in a cone-shaped tree like a Christmas tree shape.  With such pruning, dwarf and semi-dwarf apples will be stronger and bear fruit sooner in their life.  It also is good for weak trees, or those growing on poor soil.

If buying a young tree, it usually has already been pruned to set up this central leader habit.  Look up the stem for the main upright leader coming off at a slight angle.  This is where the original trunk was pruned back to an upward-facing bud, which now has grown into this stronger leader.

For established trees, if the leader grew over 18 inches the previous year (you can tell this by the lighter colored wood), prune off about one-quarter (cut off 4 to 5 inches of tip growth). Cut back to just above a bud, which will result in a new leader taking over, as described for young trees.  More scaffold branches will grow too.

If the leader grew less than 18 inches last year, cut back both it and scaffold branches in order to stimulate more growth.  Skipping cutting back the leader is fine if you want a more upright tree more quickly, or earlier fruiting on dwarf trees (but, at the expense of fewer branches and so less fruit overall).

A variation on the central-leader system is the modified-leader.  With this system, once the tree is about 7 feet tall, cut back the top branches to about 6 feet.  Then cut back similarly each spring.  This results in a main trunk most the way up, which then branches into several scaffold branches, making the overall shape less conical but still upright.  Use this for particularly vigorous trees, or to keep standard trees shorter (and so easier to manage).

Keep in mind that once a young tree has the correct shape and branch orientation, it will need little pruning compared to more mature trees— merely watch for the 2 C’s and 3 D’s, and pruning for shaping.  Too much pruning of young trees will lead to excessive growth, and this will delay years to good fruiting.  The more severe the pruning, the more growth the tree will produce.  This may be desired if a tree is weak.  But if a tree is vigorous, it’s better to cut back on fertility to reduce the growth rate. 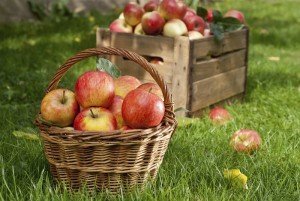 A common mistake of beginning pruners is to cut off too much of last year’s growth, resulting in little to no fruit.  Avoid pruning once the tree starts to leaf out, as this may interfere with flowering and so fruiting. Good times to prune in later winter are on days above freezing, not only as it is easier on the pruner but on the tree.  Cuts made to frozen branches often result in injury and dieback.

Most apples produce fruit on “spurs”—short wrinkled stems less than 4-inches long that arise from branches.  So it is important when pruning not to damage or break these off.  Spurs usually don’t flower until the second year, and bear fruit starting the third year of their life.  They may live for 10 or more years on apple trees.

Spurs occur on other fruit trees such as pears, but are most important on apples as there are specific “spur types”.  These are strains of a cultivar, usually denoted as such as with ‘Crimson Spur Red Delicious’.   A spur-type tree is generally about three-quarters the size of the regular cultivar, making them good for smaller spaces and properties.  They tend to produce fewer and stronger limbs that are more vertical with more fruit.   With fewer branches, these spur-types need less pruning.

On spur-types, if the branches have too many spurs (and so will produce too many fruit later that will need thinning out), snip some off.  If there aren’t many spurs on a spur-type tree, “head back” the branches to produce more.  This is simply shortening branches or pruning them back part way.

For most mature trees, particularly if not spur types, don’t head back long branches.  Remove them at the trunk instead to avoid promoting excessive inner shoots called “water sprouts”.  If your tree has such a clump of shoots arising from a branch, often from just below a pruning cut, remove them.  When cutting a branch back to the trunk, don’t cut into the ridge of bark (the “branch collar”) from which it arises.  Nor do you want to leave a stub. Cuts made “flush” with the outermost collar will heal the fastest.

Remove any shoots called “suckers” arising from the base of the tree.  Most trees are “grafted”, with the desired variety growing out of a vigorous rootstock of a different variety.  Many suckers arise from below where these two join—the graft union.  They take energy from the tops, and may lead to a whole different variety that isn’t desired.  Often they form in response to some injury or weak growth on the top of the tree, so consider if this might be the cause.