Looking for real estate in Panama? Panama real estate has increased in popularity. Find the best places to live in Panama before everyone else does!

Panama is located in Central America. Both Costa Rica and Columbia are border countries. Given the recent boom in immigration, the population in this tiny country has reached four million. Panama City, home to half of the population, is by far the largest city in Panama.

Why make the move to Panama?

While a tropical climate keeps temperatures between 75 and 90 degrees, Panama's mountain regions are a bit cooler. While Panama just missed the hurricane belt, the rainy season feeds the jungle its so well known for. The amount of rainfall varies significantly, ranging from 51 to 118 inches per year.

Dreading the back and forth travel? You don't need to. The flight from Miami to Panama is less than three hours long! It's this accessibility, in fact, that has, in part, made Panama a top tourist destination and an ex-pat haven.

Golfers from around the world flock to Panama to play its world-renowned courses near mountaintops and along shores. If golf is in your future or is a big part of your present, take some time to discover Panama. Here, there is no off season.

Research and Explore the Best Communities in Panama

Click to explore the following Panama communities. Request information from multiple communities by selecting the checkboxes to the right and completing the form below. 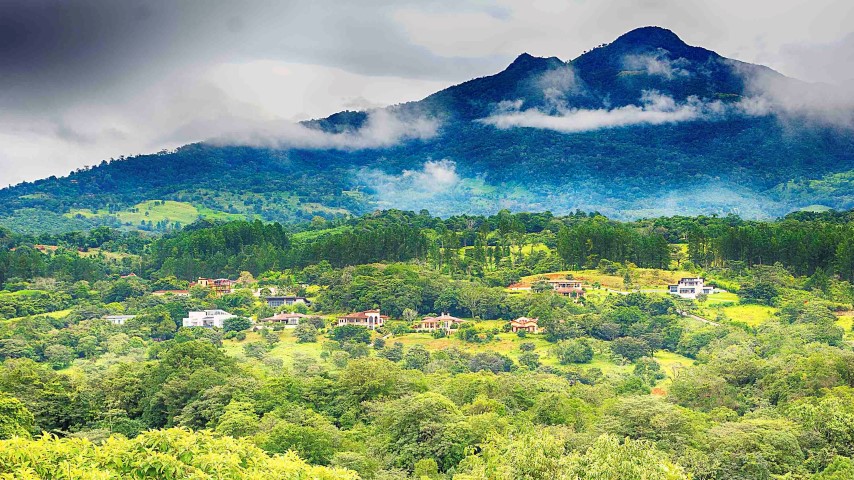 Lucero is a luxury retirement and residential community located in the beautiful highlands along Panama’s Pacific coast. If you’re seeking a more natural lifestyle in a tropical setting with premier amenities, Lucero could be your destination of choice.

The private Lucero Golf & Country Club features the region’s only championship golf course, a spectacular layout by designer Michael Poellot with ocean and mountain views from the bent grass fairways and greens. Additional Lucero clubhouse amenities include fine dining at the Seasons Restaurant, an outdoor deck with lounge surrounding the infinity pool, and a tennis center with clay courts.

Lucero homesites with sweeping views range from half an acre up to 2.4 acres in size. Single-family homes, duplex villas and spacious condominiums are also available. If you want to explore the Lucero lifestyle first, new riverside and fairway villas, as well as unique luxury treehouses, are now offered as rentals with upscale conveniences like high-speed Internet connections.

Best of all for those who want a greener lifestyle, the entire Lucero community has been designed to the highest environmental standards. Minimal tree removal, rainwater collection for irrigation and rooftop solar panels are all part of Lucero’s natural plan. The surrounding countryside is home to traditional farms that produce fruits, vegetables and the area’s signature coffee beans, while the adjacent Amistad National Park is a 500,000-acre protected tropical wilderness with hot springs and world-class hiking trails.

Request more information below and you’ll be taking your first steps on an adventure of a lifetime at Lucero.

Online research only gets you so far—your next step is to plan your visit! We’ve got all the information you need here to get started. Many communities even offer stays and tours for those who are considering relocating, to make your life easier. Request information, inquire about a visit, and then pack your bags! It’s time to explore the place you could soon call home. After all, an ideal vacation is one that ends in finding the life you want!