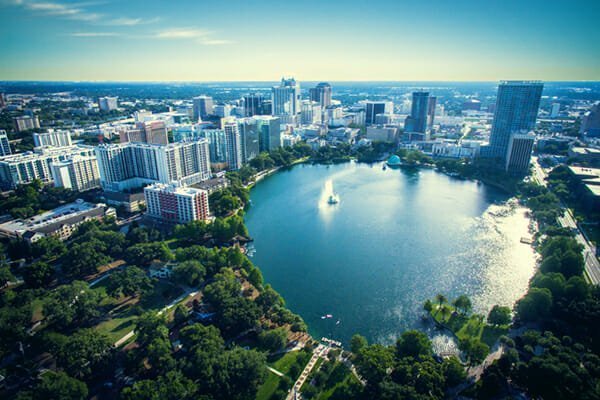 Orlando, Florida in a Different Shade

Orlando, Florida in a Different Shade

Orlando is a multi-layered hodge-podge of natural wonders, cultural curiosities, endless entertainment and in certain areas even quiet retreats from the bustle.

Orlando is a multi-layered hodge-podge of natural wonders, cultural curiosities, endless entertainment and in certain areas even quiet retreats from the bustle.

When most of us hear Orlando, we picture the place you go to snap a thousand pictures of kids and grandkids smiling bigger than the furry chipmunk and duck-billed costumes covering young college students for the summer. The name alone conjures visions of places like Universal, a litany of “worlds” only found in and around the Magic Kingdom, and images of pool and spa-laden resorts teeming with kids and families.

Instantly, one is at risk of becoming either overly excited or completely exhausted; both reactions likely eliciting the fear of going broke in one fell swoop.

While Orlando is, indeed, known for all of this, it is not defined by it. Disney World (15 miles from downtown) is but an element of this increasingly tech-centered and progressive city. With an economy long-supported by Disney mega-revenue, a booming tech industry is now ushering in a different spin, attracting people and businesses worldwide at the forefront of innovation.

Point being, there are a myriad of reasons to wander into and around Orlando for the day, week, or forever. Here are a few…

What initially attracted people was the landscape and various central Florida ecosystems providing plenty of everything – citrus, seafood, crystal clear springs, freshwater fish, and a sub-tropical, anything-grows climate to die for.

The lush, jungle-like interior of northern Florida is dappled with sandy-bottomed springs and geological mysteries and/or happy accidents that attract visitors from around the world. Orlando is surrounded by them. Several state parks less than an hour away don bubbling springs overrun with massively looming manatees. Kayaking, swimming with the manatees, snorkeling, and cave-diving tours are options in many surrounding state parks. Crystal River and Three Sister Springs is a touch farther, but well worth the trip!

Orlando is quickly becoming a foodie destination. From James Beard award winners, James and Julie Petrakis (The Ravenous Pig and Cask & Larder), among others; the ViMi district – a wonderland of Asian culinary delights; to Puerto Rican mofongo around every corner; and the famously colored, ubiquitously-distributed eggs of Lake Meadow Naturals (from partridge eggs to Aracuna, it’s a veritable rainbow), this is where people who know good food come to explore.

Wherever foodies flock, one can be sure to find craft beer and wine shops galore. This is definitely true in the quaint village of Winter Park (home of Rollins College) just 15 minutes from Orlando. The gorgeous Alfond Inn near Park Avenue (highly recommended) is the whole package – art, food, wine, and history – all wrapped into one luxuriously comfortable hotel. Plus, it’s a minute’s walk to some of the finest restaurants (like James Beard winner, Cask & Larder) and wine and craft beer bars, like aptlynamed “Wine Room” and Winter Park Beer Company.

If wine and beer are not your thing, there’s always the “Crafty Cocktail Tour” in downtown Orlando for those looking for a taste of Orlando’s nightlife. If you’ve got a serious sweet tooth, Peterbrooke Chocolatier is a must with deep vats of dipping chocolate waiting to greet you.

Once again, Winter Park shows in the running as a beacon of high culture. Winter Park boasts Rollins’ Cornell Fine Art Museum, the Charles Hosmer Morse Museum of American Art, and the gorgeous Albin Polasek Museum & Sculpture Gardens, all of which belong on the art enthusiast’s list. For the classical music connoisseur, if you happen to be strolling the streets of Winter Park in the fall, be sure to check out the Bach Festival to get your fix.

Downtown Orlando is full of art museums, galleries, and theatres. The only thing lacking is enough time to fit it all in. The Orlando Museum of Art, the Dr. Philips Center for the Performing Arts, and the Orlando Ballet are locals’ and visitors’ favorites alike.

Say Yes to the Spas

Sometimes you just have to say yes; to Disney, perhaps, or Hollywood Studios, or Epcot. But the spas are always a yes.

There are award-winning spas like Grand Lakes Orlando or the Euro Day Spa & Salon in Winter Park. And then, there’s the Ritz-Carlton. Totally your choice, but whichever you choose, choose to stay as long as you can.

University of Central Florida and Rollins College keep Orlando and the surrounding towns and villages on their progressive toes. As a result, educational opportunities are plentiful and varied enough to fit people of all ages.

NASA has also been known to offer an educational opportunity or two at the pretty well-known Kennedy Space Center. The Orlando Science Center, in downtown Orlando, welcomes visitors to explore and discover on their own at this hands-on facility.

Orlando is thick with gyms and holistic health and wellness shops. It’s Florida after all – the land of health and fitness. In case something slips through the cracks and healthcare is needed, Orlando has great news. The Florida Orlando Hospital was named the sixth top hospital out of 250 Florida hospitals by U.S. News and World Report. Either way, you’re covered.

Whether you’re a spectator or a player, there’s something for everyone in Orlando. The city is definitely a bit biased. The NBA team, the Orlando Magic, takes its fancy footwork to the Amway Arena in downtown Orlando where spectators flock from across the country.

If you’re not one to sit in the stands and fresh air is your thing, then golf is your best bet here. Orlando is known to have some of the most premium golf courses in the country and is a place you definitely want to tee off in while you’re around.

Less than an hour and a half from the closest beach, a few miles to fresh springs and jungle-edged rivers, and right in the middle of a many-cultured mecca of food, art, music, and progressive communities, Orlando is both a bucket list place to be visited (as often as possible) and a coveted place to settle down in.