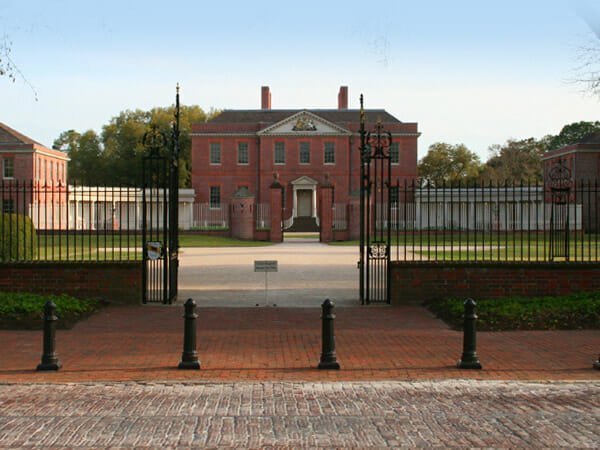 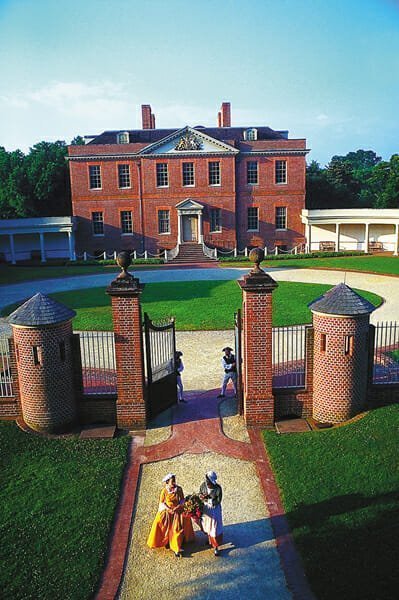 Tryon Palace, rebuilt on the site of Colonial Governor William Tryon’s grand home in New Bern, is the centerpiece of a complex that covers three centuries of North Carolina history.

New Bern is not only the birth place of Pepsi-Cola, home to a multitude of cultural festivals and the second oldest town in North Carolina, but it has just completed a $65 million History Center, which is raising the bar on museum experiences across America, making this riverside town one of the most adored destinations in North Carolina.

Founded in 1710 by a Swiss nobleman who named it after his native city of Berne, Switzerland, New Bern has all the charm of a small Southern town blended with the cosmopolitan allure of a
modern city. Berne translates as ‘bear,’ which is why the New Bern bear symbol is widely celebrated and adorns the town’s flag.

Located on a peninsula at the confluence of the Neuse and Trent rivers, New Bern has a historic district complete with stunning architecture and elaborate gardens. A majority of these homes were built around the turn of the century through World War II, and many of the Victorian mansions, Georgian houses, Federal-style buildings and Greek revival homes have been restored to their original splendor.

“There’s just something really special about this place,” Rob Timmel says after describing a day in downtown New Bern. Since retiring to New Bern four years ago, Rob and his wife Marti have found pleasure in the little things.

“We love to explore historic downtown,” he says. “We get a kick out of just walking around down there, then finding a nice bench on the river and watching the boats.”

New Bern also boasts a wide range of restaurant and café options. Traditional Southern cuisine, with locally-sourced ingredients and fresh seafood, stand alongside diverse flavors from around the globe, ensuring that there is something for every taste and every budget.

To place the cherry on this North Carolina cake, New Bern is also host to the stunning Tryon Palace. Completed in 1770, the original building was destroyed by a fire in 1798 and had to subsequently be rebuilt. Tryon Palace now has seven major buildings, three galleries and 14 acres of gardens to explore and delight people of all ages. It was here that governors ruled, legislators debated, patriots gathered and George Washington danced. On any given day, costumed guides, working craftspeople and engaging character interpreters bring to life its history in an interactive reenactment of the past.

Add waterfront activities and an inspiring array of theatre and live music events to the mix, and it’s easy to see why New Bern is one of the most visited towns in North Carolina.