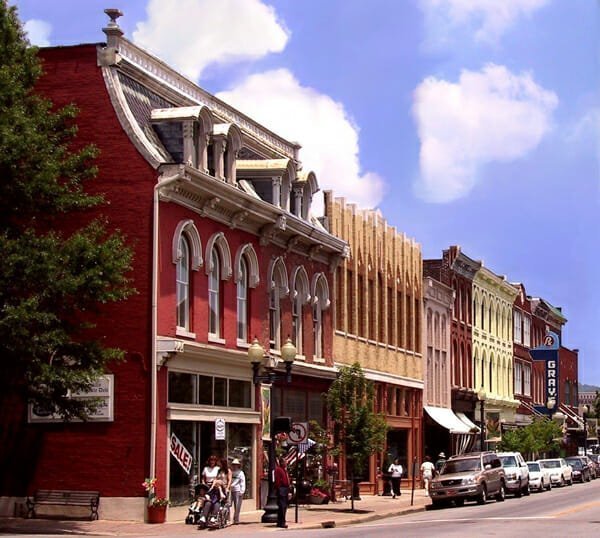 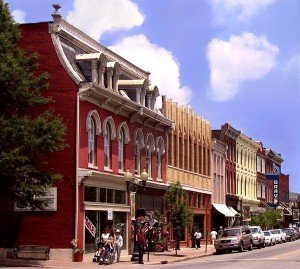 The United States is a young country compared to some, but we still value our history. Preserving the places where that history has occurred, however, takes more than just good intentions.

Congress chartered the National Trust for Historic Preservation in 1949 to acquire and manage significant sites that might otherwise be lost due to neglect or destruction. But the National Trust’s most enduring legacy may turn out to be a program initiated by the group’s leaders in 1977. Alarmed by the decline of so many downtowns in the wake of suburban sprawl, they created the Main Street Project to spur the revitalization of these traditional community centers. Encouraged by the results of the initial pilot projects, the National Main Street Center® was established in 1980.

A four-point methodology for downtown revitalization was established: organize residents to build consensus for a plan to be administered by a paid coordinator; design attractive public spaces, rehabilitate landmark buildings and encourage new construction consistent with the community’s traditions; promote those revitalization efforts to attract investors and visitors, as well as new businesses and residents; and facilitate economic restructuring with grants and other incentives for commercial enterprises that meet the changing needs of the community.

In the past 34 years, more than 2,000 American towns and cities have been a part of the Main Street program. If you’ve gotten off the interstate and chanced upon a thriving little municipal oasis with green public spaces, sidewalk cafes, boutique shops and modern businesses in renovated buildings, it’s probably a “Main Street” town.

From Florida to Alaska, Americans have embraced the “Main Street movement” to save their once-dying downtowns. And none have been more successful in doing so than the “Volunteer State” of Tennessee.

“Networking is vital,” said Nancy Williams. “Every town is unique, but the challenges they face are often very similar. Learning from the experiences of others—what’s possible and what works—is the key to a successful Main Street plan.”

Williams is no stranger to establishing those links: in 16 years with the Main Street program in her Tennessee hometown of Franklin, she’s met and worked with most of her professional peers around the state. Earlier this year, she was named the new Executive Director of the Tennessee Main Street® program. “I don’t know how you could be a state director without that kind of local experience,” Williams said. Franklin is located about 20 miles south of her new office in the state capital of Nashville, “but I’m still a proud resident of downtown Franklin,” she was quick to add. “My commute is just a little bit longer these days.” 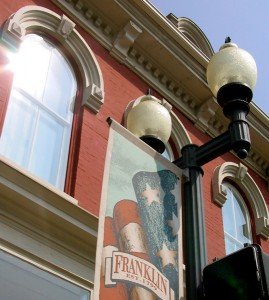 By any measure, Tennessee Main Street has made a significant contribution to the state’s economy. In 2013 alone, participating communities added nearly 650 new jobs and 182 new businesses, with a combined public/private investment of more than $59 million and 88,000 volunteer hours logged.

Participation in the Tennessee Main Street program enables community access to federal and state grants for economic revitalization, as well as reimbursements to local businesses for projects like building-facade renovation. Assistance from the state and national Main Street offices is another benefit, but not all towns qualify. “The application process is very competitive,” Williams said, due to limited resources.

Among other things, a town must demonstrate broad-based community support, develop a realistic plan and timetable for revitalization, get volunteer commitments for accomplishing work or organizing events and allocate money from public or private sources for a local coordinator to oversee the program.

There are currently 28 Main Street communities in Tennessee; most are small cities or larger towns that often serve as regional hubs. “But we found that there were a lot of other, smaller towns that wanted to participate,” Williams said, “but didn’t have the resources to hire a paid director right away or needed help creating their local plans.” So the Tennessee downtowns affiliate program was initiated to get those communities started in the process, and every Main Street town serves as a “mentor” to at least one of its neighboring downtowns.

“It’s all about creating a positive environment where businesses can thrive,” Williams said, noting that new or expanding companies in downtown areas create much-needed jobs. She also cited the establishment of farmer’s markets in most of her state’s Main Street communities as a win-win situation for local producers and consumers, as well as nearby businesses that benefit from increased foot traffic.

“We’re working hard every day,” she said, “to make the towns of Tennessee great places to live, work, raise a family—or retire. Our office works closely with the state’s ‘Retire Tennessee’ program. Tennessee has no [state] income tax and we don’t tax pensions either.” 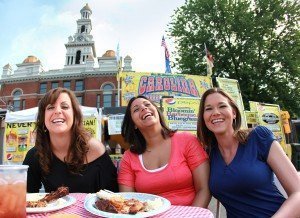 “We’re focused squarely on quality of life here,” said Seth Sumner of Savannah, TN. The rural crossroads town of about 7,000 residents is located on the Tennessee River and Sumner has a “dual mandate” in Savannah’s revitalization work: he’s both the assistant city manager and director of the town’s Main Street program.

“The public and private sectors have to work together towards common goals,” Sumner said, “if a community is going to move forward…. We’re blessed here to have leadership with vision [in both sectors] and we’ve been very successful in our grant applications.

“Our downtown retail is thriving,” he continued, despite the fact that there are several “big box” chain stores located just outside of town. He cited the example of a family-owned hardware and building supply company that has expanded—by focusing on local needs and customer service—since a nearby Lowe’s opened.

Downtown businesses have also been helped by the opening of Savannah’s new Tennessee Street Park on May 31 of this year. The six-acre spread “has something for everyone,” Sumner said, including a solar-powered pavilion for community events, a butterfly garden, walking trails and playgrounds with splash pads for the kids.

In the meantime, Savannah is looking to recruit new downtown businesses “and we’ve been getting a lot of attention from retirees,” Sumner said. “Our cost of living is low, the climate’s good, no income tax…and the fishing and hunting are great around here.” 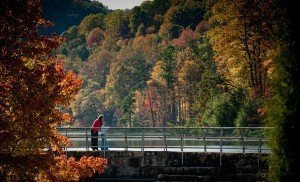 Across the state in northeastern Tennessee near the Kentucky border lies Kingsport, a blue-collar town with an economy supported by local industries like Eastman-Kodak. The metropolitan area today has about 50,000 residents and preserving its historic downtown has long been a passion for locals.

“Kingsport’s revitalization efforts actually began in 1974 with the formation of our merchant’s association,” said Sherri Mosley, director of the Downtown Kingsport Association (DKA). “We were the first Tennessee community to join the Main Street program.  Our local businesses have always understood the importance of a healthy downtown and have raised money for paving, sidewalk improvements, street lamps and benches.”

The city government also supports the DKA’s efforts—to a point. “We have an ordinance to protect some of our most historic buildings,” Mosley said, “but we mainly rely on voluntary guidelines for things like signage, awnings, brickwork” and other appearance-related matters like sidewalk restaurant seating and merchandise display. She cited a recent example of a new downtown business that installed a residential-type front door. So Mosley took the owner around town, focused his attention on other store entryways, and explained to him what the local design guidelines were intended to accomplish.

“He got it,” she said, “and that door is being replaced….Persuasion is a big part of my job.”

Among other recent downtown developments, Mosley noted the purchase of a building once used as a theater by a local developer who’s been involved in other rehabilitation projects. “And we now have nearly 100 loft-style apartments in downtown Kingsport,” she added. “They’re very popular with young professionals and retirees” who appreciate the convenience of cafés, shops and services located within walking distance. Mosley also noted the DKA’s “excellent relationship” with the local Chamber of Commerce and their “Move to Kingsport” initiative.

“Participation in the Main Street program has been huge for Kingsport to help us attract downtown investors and grow our tax revenues,” Mosley said.

Savannah’s Sumner agreed: “The Main Street program is a wonderful tool that’s had major benefits for our merchants and residents.”

In addition to Kingsport, Savannah, award-winning Collierville and her hometown of Franklin (“where we raised $8 million in private funds to renovate our downtown theater”), state director Williams lauded revitalization efforts in all of the Tennessee Main Street communities, including Jackson, Murfreesboro, Dyersburg, McMinnville, Jonesborough, Greenville and Columbia—the latter two featuring the restored homes of U.S. Presidents Andrew Johnson and James Polk, respectively.

Those famous 19th-century Tennesseans would probably appreciate work that Williams and her Main Street colleagues are doing to preserve their state’s historic downtowns by moving them forward into the 21st century and beyond.