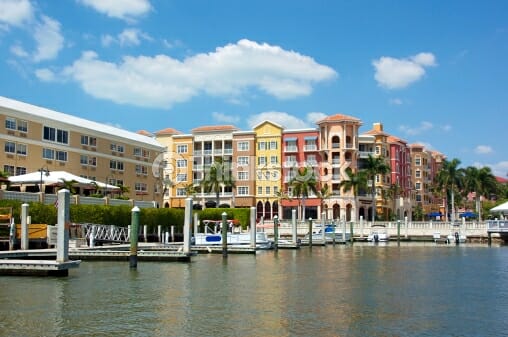 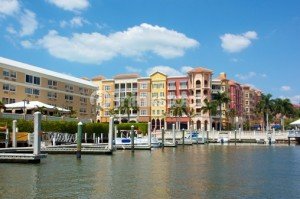 Autumn might be in the air in some parts of the country but it still feels like summer in Florida. That’s especially the way it feels in Florida’s red-hot real estate market.

Nowhere is it more evident than Naples, Florida’s popular retirement haven in the southwestern corner of the state. For instance, the Naples Area Board of Realtors reported a 143 percent increase in condominium closed sales in the $300,000-$500,000 price category in July 2013 compared with the previous year and a whopping 1,200 percent increase in the $2 million-plus market for that same year-over-year period.

The condominium market is hot,” Downing-Frye Realty vice president and general manager Mike Hughes said August 15. “The July SunshineMLS® statistics show us that high-end buyers were out condo shopping as demonstrated by an increase in condominium pending sales of 167 percent in the $2 million-plus price category from July 2012 to July 2013. Overall, if you subtract the ‘bubble years’ of 2004 and 2005, 2013 is looking to be one of the best years on record for home sales.”

At a NABOR Economic Summit in 2011, National Association of Realtors chief economist Lawrence Yun, Ph.d., indicated a sense of urgency would drive the Sunshine State market in 2013. Fueled by attractive year-round weather and significant tax advantages (Florida has no inheritance, state or retirement income taxes), Yun’s sunny Florida forecast was more than accurate.

“His prediction has become reality,” said Steve Barker, Advising Broker for Equity Realty. “The SunshineMLS statistics show that the inventory is decreasing and the median home price is increasing. This creates a market where buyers are afraid there won’t be anything left in their price range if they do not buy now. They are looking for homes in a limited inventory and prices are on the rise.”

Another Florida market showing scorching home sales figures is Sarasota, which is located less than two hours north of Naples along the Gulf of Mexico. For example, the Sarasota Association of Realtors continued an amazing streak in July with 911 sales during the month – a 30.3 percent increase over July 2012, and 3.2 percent higher than the June 2013 total.

If the streak continues, this region will record one of the biggest years in Sarasota Association of Realtors history.

“With sales up dramatically and prices also trending upward, the popularity and strength of the Sarasota market is unquestionable,” said SAR President Roger Piro. “The quality of the properties on the market, plus our overall attraction to both domestic and foreign buyers, has made this one of the best years on record to this point.”

If current trend levels continue, this will be the biggest year-to-year increase for single family home prices in four years.

“The fact that we saw sales 30 percent higher this July than last July seems to be the biggest news this summer in local real estate,” said Piro. “Most agents are clearly not taking the summer off and vacationing, because the buyers are here and they are anxious to buy in this area. This is a positive, historic time, and the moderate rise in single family home prices coupled with the fluctuating condo market prices indicates we are not seeing a new bubble. This is just a genuinely popular place to live and invest in real estate.”

Indeed, and the forecast for the future of Florida continues to show nothing but blue skies ahead.