Much like the major stock market indices in early March, the Florida housing market seemingly wants to keep climbing higher and higher. 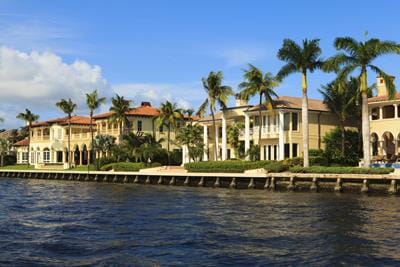 At least that’s one way to read Florida’s real estate industry as it roared into the Spring 2014 buying season.

Indeed, the Sunshine State is living up to its name with housing data showing nothing but sunny skies in nearly every Metropolitan Statistical Area (MSA), according to the most recent quarterly study from the Florida Realtors. In fact, 19 of the 20 Florida MSAs in fourth quarter 2013 had a higher median sale price compared to the prior year. The only laggard: Crestview-Fort Walton Beach-Destin, which is located in Florida’s panhandle.

All in all, Florida’s housing market wrapped up 2013 with more closed sales, higher pending sales, higher median prices and a reduced inventory of homes for sale compared to the prior year, the Florida Realtors association reported.

“Throughout 2013, the state’s housing market has demonstrated it’s in a solid recovery and gaining strength,” said 2014 Florida Realtors President Sherri Meadows, who also serves as chief executive officer and Keller Williams team leader with market centers in Gainesville, Ocala and the Villages. “The positive fundamentals of Florida’s housing sector continue into 2014. However, factors remain that could slow an even stronger economic recovery, such as limited inventories of for-sale homes in many areas, overly-restrictive mortgage credit, rising interest rates, and concerns about the cost and availability of property and flood insurance.”

By comparison, the National Association of Realtors recently reported the preliminary national median sales price for existing single-family homes for all of 2013 was $197,100, up 11.5 percent from 2012 — and the strongest annual price gain since 2005. 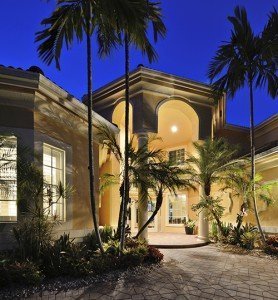 That means Florida real estate still has room to grow. That’s one reason foreign investors keep flooding the market, reflected in data from the National Association of Realtors recent “Profile of International Home Buyers” that shows 23 percent of all the U.S. sales last year by foreign buyers occurred in Florida.

Of course, one of the Florida’s hottest real estate markets is Orlando, where a projected North American record 59 million tourists visited in 2013. Many of them are moving into Orlando for good, or placing second-home roots, explaining why the median sales price of a home in the fourth quarter 2013 increased 21.1 percent from the prior year to $172,000. Only the Deltona-Daytona Beach-Ormond Beach MSA corridor had a higher percentage gain (22.9% to $129,000).

One development doing well is the Fountains at ChampionsGate, which is part of the 36-hole master-planned luxury golf resort and residential community just minutes from Walt Disney World. Featuring gourmet kitchens, outdoor terraces, and a resort-style pool and a clubhouse within walking distance, these upscale villas offer the precise standards many overseas buyers are seeking, according to Brookes & Co. managing director Philip Button.

“Orlando has everything — a fantastic climate, world-class theme and water parks and some of the best golf courses in Florida,” said Button, whose property investment firm is marketing The Fountains with longtime local developer Feltrim. “We’ve seen prices here increase by 24 percent during 2013, according to the Orlando Regional Realtor Association, and the picture continues to improve. It’s an extremely exciting time for those looking to invest in Florida’s real estate market.”

Despite the ongoing property value increases, prices in the Orlando area remain well below their median peak of $264,000 in 2007, leaving investors excited about how much further prices may be expected to rise.

Keller Williams realtor April Ragar is one Orlando-area agent benefitting from the soaring Central Florida market. Last year, her Ragar Group closed on 52 homes, a 20 percent increase over 2012, and 2014 is looking no different.

“You’re also seeing more traditional sales because there’s not as many distressed properties. That means sellers are not as negotiable these days.”

Yet, Ragar adds it is still a great time to buy a home in her popular Orlando bedroom community because interest rates remain very low and financing options are becoming more attractive for first-time homeowners and those seeking down payment assistance.

“A clear sign that the market is still healthy is found in the finished, vacant home data,” said David Cobb, MetroStudy’s regional director in the Naples market. “Both Lee and Collier Counties have 1.1 months-of-supply of finished, vacant homes. This is a reflection that almost every home under construction has been sold.”

“One trend worth noting is the annual starts by price range,” Cobb pointed out. “The supply of homes under $200,000 has dwindled, while big increases are noted in the $250,000 to $400,000 price range. Builders are finding it extremely difficult to deliver fee simple homes at affordable prices, due to the increases in land values and construction costs.”

One outcome of this will likely be a resurgence in the condo market, MetroStudy reports, which has been stagnant for almost seven years.

In Palm Coast-Flagler County, the real estate market isn’t quite as hot but area communities are still showing strong gains in year-over-year sales and price appreciation. For instance, Flagler County MLS closed sales for single-family homes was up 3.9 percent in the fourth quarter and Flagler’s median price rose 17.9 percent to $145,000 year-over-year.

“We have seen all these numbers before in the monthly releases, but looking at them on a quarterly and annual basis allows for a better evaluation of the real estate market,” says Florida Realtors chief economist John Tuccillo, Ph.d. “The trends we have seen develop over the year – rising sales and prices, declining percentage of cash sales and stabilizing inventory – are confirmed in these statistics.

“If we compare the fourth quarter statistics to the annual numbers, we get an even clearer picture of the trends. In the last part of the year, for example, cash sales declined faster. This points to the diminishing presence in the market of
investors. But overall sales continued to improve, although at a slower rate. This suggests that owner-occupants are replacing, at least in part, the smaller influence of investors.”

Ultimately, this portends to a much sounder and more stable Florida real estate future.