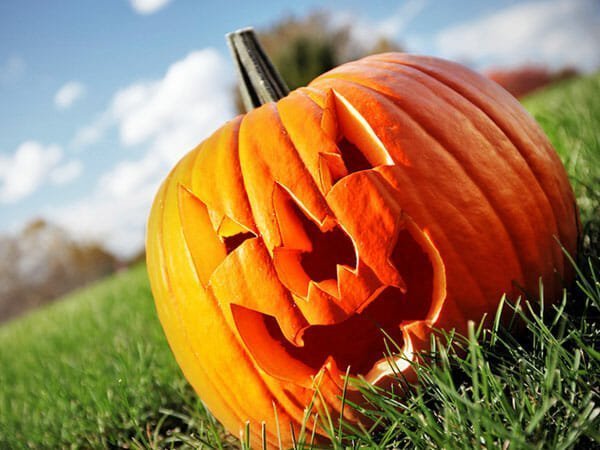 The Face of Halloween: Jack-o-lanterns

The Face of Halloween: Jack-o-lanterns 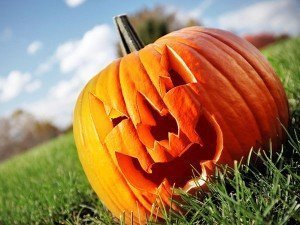 It’s that time of year again for costumes, candy—which the candy is for us just as much as it’s for the trick-or-treaters, if we’re being honest—and pumpkins. Homes are transformed into haunted attractions, complete with spider webs, graveyards, and fog machines. Already, candle lit faces are gazing eerily from front porches after pumpkin patches were raided to find the perfect gourd. Pumpkin carving has become a Halloween art form, with designs ranging from the simple Jack-o-lantern face to more intricate pictures carved into the skin of the pumpkin. We’ve been carving jack-o-lanterns for centuries, but if we think for a moment, where did this long standing Halloween tradition come from?

The tradition stems from the Irish tale of Stingy Jack, a man so stingy that upon meeting the Devil, he managed to trick him twice. The only way the Devil managed to free himself from Jack’s tricks was to promise not to bother Jack for 11 years, and should Jack die, the Devil could not claim his soul. Eventually Jack passed, and turned away from Heaven, he was sent down to the Devil. Keeping to his word, the Devil, too, turned Jack away, giving him only a burning coal to light his way in the dark. Jack placed the coal in a hollowed-out turnip, and, according to the legend, has roamed the earth ever since. The ghostly figure of Jack was referred to as Jack of the Lantern, and as time went on simply Jack O’Lantern. 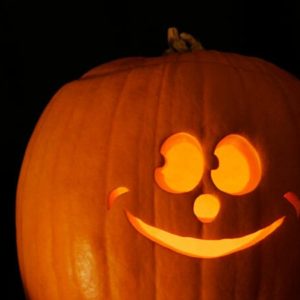 Original jack-o-lanterns were carved into turnips, potatoes, or beets, and used to frighten away Stingy Jack and other spirits that roamed. It wasn’t until the tradition was brought to the United States by Irish and English immigrants where pumpkins, a fruit native to America, were discovered, and used in place of the turnips, potatoes, and beets. The pumpkin is now considered one of Halloween’s biggest icons, with or without a frightening face. So what face will you give your pumpkin this Halloween?