Del Webb has an extensive history of creating active adult communities that people flock to. In fact, the company is essentially responsible for creating the active adult phenomenon that has swept the country over the last few decades. Del Webb's Sun City, in Arizona, was not only the first successful active adult community in the country, but is perhaps the most famous. Aside from standard amenities, Sun City provided a lifestyle unique to age-restricted communities of that era. It was community and lifestyle-based and was intended to give residents a sense of belonging. The first Sun City furnished a lifestyle coordinator, restaurants and shops, and a list of clubs and activities residents could join in on. Retirees welcomed this tremendous shift from the more traditional 1950s "retirement community". The rest of one's life was suddenly viewed as having the potential to be the best of one's life. Since then, Sun City communities have popped up across the country. And, Del Webb active adult neighborhoods and communities of all names, shapes and sizes are among the most popular in the U.S. In 2017, Del Webb Communities claimed five spots on the list of top ten active adult communities in the country. Sun City, Hilton Head in Bluffton, South Carolina took the #1 spot.

Decades of tweaking and perfecting an already effective formula led to lots of happy homeowners and residents. So, the Pulte Group, one of the top developers in the country, folded Del Webb in as their age-restricted, active adult communities partner. Pulte is fond of saying that Del Webb does much more than build a beautiful home. They also build a place to belong.

Click to explore the following Del Webb communities. Request information from multiple communities by selecting the checkboxes to the right and completing the form below. 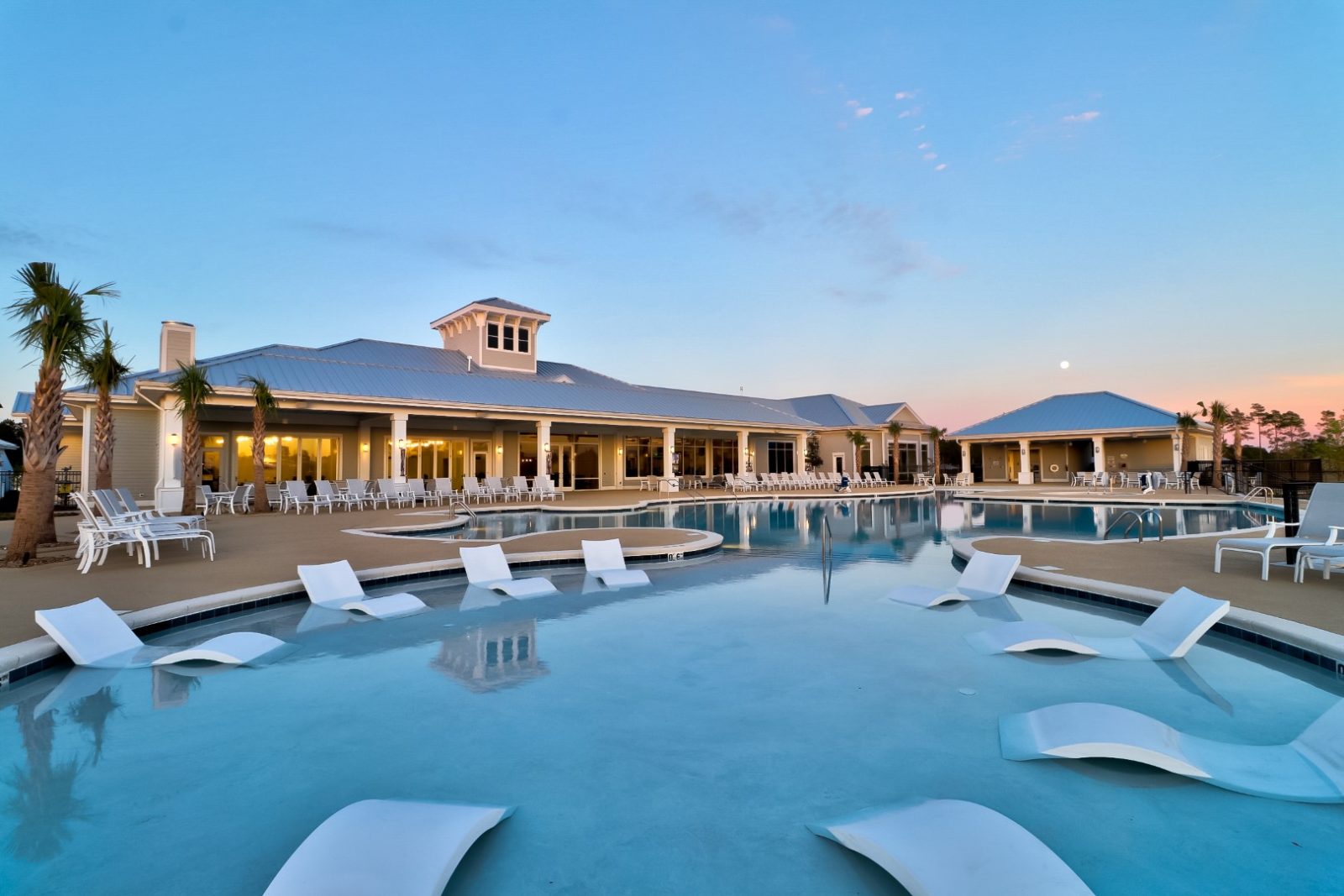 There are 3 collections of home series with bedroom ranges of 2 to 5, bathroom ranges of 2 to 4 and square footages of 1,262 to 2,565 and up. Homes are priced from the upper $200Ks plus with many options to customize and personalize your home.

Riverlights is a large community where residents can enjoy everything at their fingertips. Take a golf cart ride to Marina Village, a retailer hub onsite or Smoke on the Water, a restaurant with live music. Riverlights is on the Cape Fear River with 38 acres to kayak, paddleboard or canoe. There are miles of trails and an abundance of amenities and planned resident activities. Del Webb Wilmington features an indoor and outdoor swimming pool, tennis, pickleball and bocce courts, dog park, lifestyle director and clubhouse with a fitness center.

Southern Springs by Del Webb is a vibrant community offering a 18,000+ Sq. Ft. event lodge including a state-of-the-art fitness center, hobby and game rooms, ballrooms, indoor and outdoor pools and sporting courts. From games, to cooking class, to line dancing, and parties, there is something for everyone.

Back in Spring Hill, you’ll find well-crafted, new ranch homes in a low-maintenance setting. Choose from several innovative floorplans with flexible indoor and outdoor entertaining space for hosting family dinners and neighborhood get-togethers. We invite you to visit but know you may never want to leave.

Now, Del Webb is literally everywhere you want to be. Our top Del Webb choices are listed below. So, if particular locations suit the life and lifestyle you want to manifest, fill out the form to request more information. Then, sign up for a discovery visit. After all, there's no way to know until you go!