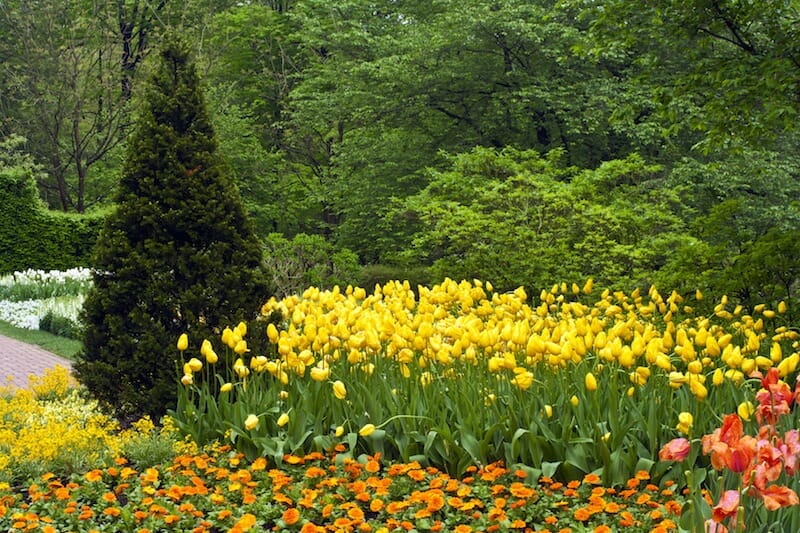 Climate Changes in the Garden 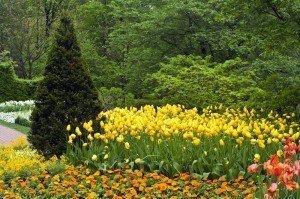 Daily the news has articles relating to extreme weather and climate change. Whether or not you agree with all the predictions, if the climate does continue to get warmer and show extremes from one area to another, and one year to another, here are some impacts these may have on and in your own garden. Much information can be found from Cornell University (climatechange.cornell.edu/) or from UMASS Boston (www.ecosystems.umb.edu/bace.html).

Do winters seem to be warmer lately? Perhaps this is from the fact that the average annual temperature in the Northeast has increased 1.5 degrees (F) since 1970, at a rate of 0.5 degrees per decade. Depending on the rate of emissions (air pollution), by the end this century, temperatures could increase from 3.5 to as much as 12.5 degrees.

The latest (2012) USDA hardiness zone map released shows much of the country at least half a zone warmer (planthardiness.ars.usda.gov). A similar map from the Arbor Day Foundation (www.arborday.org/media/map_change.cfm) shows half of many areas a full zone warmer since 1990. A study by scientist Loarie and colleagues in the journal Nature in 2009 shows that, on average globally, climate zones are moving northward about 3.8 feet per day. Over the past 50 years in Vermont, the facts (alanbetts.com) show that winters have warmed twice as fast as summer, with winter minimum temperatures increasing even faster.

We may have more need in the north to consider the AHS (American Horticulture Society) heat zone maps as well as cold hardiness maps when choosing plants. These, plus a map from Sunset publishing that groups regions by climate rather than just temperature, are  an indicator of how far the weather is from “normal”, rather than what to count on.

Increased temperatures could lead to more short- and medium-term droughts. There may be more heat waves in summer and extremes over 100 degrees. By the end of the century, under a low emissions scenario, summers in northern New England may be similar to those now in Pennsylvania, and under a more severe scenario similar to those now in the Carolinas.

In addition to temperature, a changing climate is predicted to impact precipitation. By the end of the century, we may see 7 to 14 percent greater rain and snow, the higher figure under higher emissions. Most of the higher precipitation in the last 50 years has come from the increasing frequency and intensity of downpours (alanbetts.com). The Northeast has led the country with a 67% increase in heavy precipitation (more than 2 inches in 48 hours). What this means for gardeners is for site preparation and plant choices that can handle such precipitation extremes. Along with hotter temperatures for gardening, the models point to more need to water in the future with less reliable water from rain.

Much of this precipitation increase is predicted to occur in winter, ranging from 11 to 30 percent more than now. More rain and less snow is predicted for winters, which will influence overwintering of perennials, among other impacts. This loss could be one quarter to one half of our current snow-covered days. Snow is one of the best protections in winter for herbaceous perennials. Less snow may lead to more plant losses, and actually the ability to grow fewer perennials than now in areas with sufficient and reliable winter snow cover. Overall snow cover in the Northern hemisphere, particularly the far north, has declined each year since 1986 except one, with a steep decline since 2003 (Rutgers University snow lab).

The average growing season is increasing. This is seen in the bloom dates recorded for plants at the Arnold Arboretum in Boston, which are now blooming about eight days earlier than recorded there 100 years ago. Wildflowers in nearby Concord are blooming about 3 weeks earlier than in 1854 when Thoreau observed them (primacklab.blogspot.com/). A researcher at Longwood Gardens near Philadelphia has shown that flowers in that area are blooming on average 1.5 days earlier per decade compared to 150 years ago. Similarly in Vermont, lilacs are blooming 1.5 days earlier with leaves out 3 days earlier, per decade (alanbetts.com). Perhaps the longest record of flowering dates (1200 years, from researcher Yasuyuki Aono) shows that cherry trees in Japan are blooming earlier over the last 100 years. 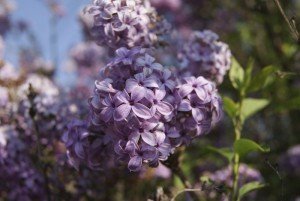 Depending once again on emissions this century, by 2085, last spring frost may be one to three weeks earlier and the first fall frost one to three weeks later. The result would be a month or more increase in the growing season. This, coupled with higher temperatures, would mean many more plants could be grown successfully to flower and fruit in the north.

On the other hand, we might lose some trees. Trees prevalent throughout the east coast such as oaks and pines would remain. Others adapted to cooler climates such as the sugar maple and American beech might shift further north. One map prediction shows few maples left in New England by 2100 (www.nrs.fs.fed.us/atlas/tree/tree_atlas.html). This U.S. Forest Service site lists 134 trees, and gives interactive maps showing current distributions, and possible changes in locations with various climate scenarios. Another tree change relates to fall color. The best fall color comes from plenty of moisture, warm days, and cool nights. If nights become warmer, with drought periods during the growing season, the result would be less vibrant colors.

Of course pests currently in the warmer south may make their way north, and those already in the north would reproduce faster in most cases. Already in Alaska, British Columbia and Siberia, defoliating and wood-eating insects have increased with the longer summers recently. A study reported in fall 2013 in the journal Nature Climate Change found that, on average, crop diseases and pests in the Northern Hemisphere have moved north about 1.7 miles per year since 1960. More important is that fungal diseases are moving north about 4 miles per year. Breaking it down further, beetle and moth pests for instance are moving farther north an average 70 feet per day each season.

Some studies also point to a decrease in natural predators of insect pests with a more highly fluctuating climate as many predict with climate change. Insects and their predators, such as birds, may get out of sync as will pollinators and the flowers they need. New weeds and invasive species such as kudzu vine will move northward with a warmer climate.

Another interesting potential impact is on soils. Soil organic matter is second only to oceans in holding onto, or trapping (sometimes seen as “sequestering”), carbon and keeping it from entering the atmosphere. Higher temperatures would mean this soil organic matter breaks down faster, releasing carbon back into the atmosphere, making levels there even higher.

You can monitor climate change in your own garden or landscape as many have for years with “phenology”—the response of biological events such as insect and bud emergence to weather. A website from the University of Minnesota shows how to relate phenological events through the growing season to pests (www.entomology.umn.edu/cues/Web/049DegreeDays.pdf), or to climate change from the National Phenology Network (www.usanpn.org/).