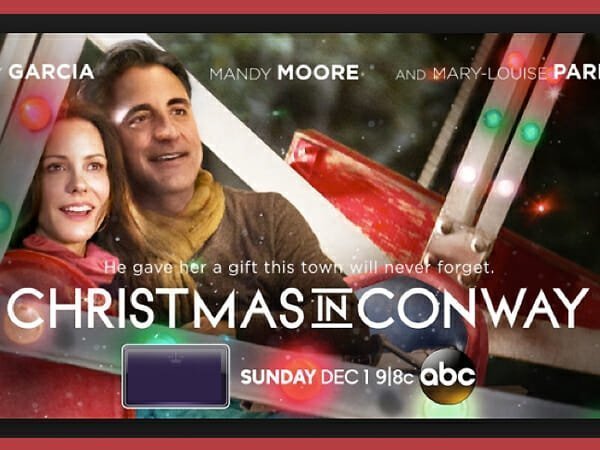 Christmas in Conway, on Hallmark

Christmas in Conway, on Hallmark 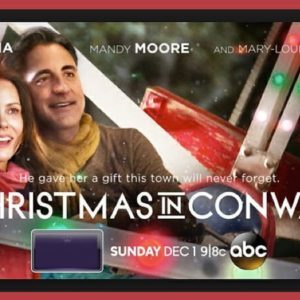 Hallmark’s latest holiday inspired movie, “Christmas in Conway,” is sure to be a heart-warming and deeply moving film involving the struggle of cancer, the strength of love, and the magic of Christmas.

The story of Christmas in Conway is set in Conway, South Carolina., one of the oldest cities in the state, and many of its buildings are on the National Register of Historic places, giving the city a historical charm. The film itself, however, was shot in the Forest Hills neighborhood of Wilmington, North Carolina, which is a place renowned for its gorgeous lush greenery and old-fashioned brick homes, offering a similar vibe of historic charm. Film crews spent twenty three days in the Port City, also referred to as “The Hollywood of the East.”

Suzy Mayor is enduring the last stages of cancer when her husband hatches the idea for the perfect Christmas gift—a reconstruction of the marriage proposal the two can share in their own backyard. This is no small task, as Duncan made his proposal at the local fair, while high above the ground on the Ferris wheel.

In an effort to accurately recreate the moment, Duncan plans to build a forty-five foot tall Ferris wheel himself in the ultimate act of romance for his dying wife.

Natalie (Mandy Moore), the live-in home care nurse who looks after Suzy and annoys Duncan, is brought in on the adventure and finds a romance of her own with landscape designer, Tommy Harris, played by Riley Smith.

Despite the Duncan’s trials, “Christmas in Conway” balances drama with humor as a way to entertain and touch audiences of all ages. Saturday Night Live actress Cheir Oteri serves as comic relief throughout as a quirky, nosy neighbor.

The true love between Duncan and Suzy is what really shines through, however. There is no dark past or unexpected secrets between the man and wife, only a deep respect and thoughtfulness which is clearly evident between the two in all they do for one another.

“Christmas in Conway” is expected to be both beautiful and haunting, having already received rave reviews from critics for the sentimentality and loveliness of the plot.

The film will premiere as a part of the Hallmark Hall of Fame Productions on December 1st, at 9 p.m. on ABC. It was directed by John Kent Harrison, scripted by Stephen P. Lindsey and Luis Ugaz, with Hawk Koch and Brent Shields as executive producers. It is a highly anticipated film by fans of classic Hallmark, romance, and Christmas miracles.