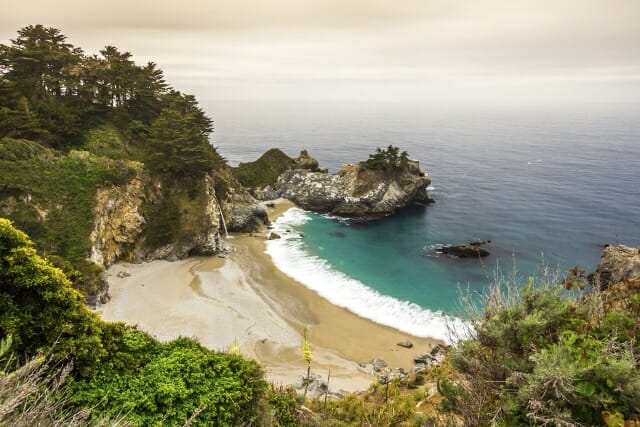 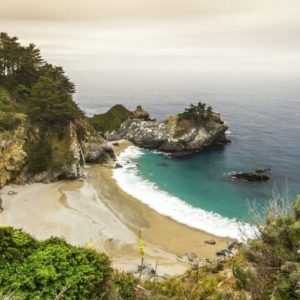 Welcome to the Central California Coast! The Coast is comprised of four regions beginning at Ventura in the South, crossing through Santa Barbara and San Luis Obispo, and then ending at Monterey Bay just south of San Francisco. There are miles of rocky shoreline along the way, with beaches where you can enjoy swimming, surfing, and breathtaking views of the Pacific. Further inland, there are spectacular mountains, and even a few desert areas.

The Ventura Region hosts a range of rugged mountains that tower in the background of beachfront communities and the fertile farm grounds of Heritage Valley, where small towns and farms are scattered throughout. Within the same region, the Ojai Valley is known for catering to hikers, as well as organic agriculture, recreation, and tourism.

The Santa Barbara Region, also known as the American Riviera because of its Mediterranean-style architecture, is home to beautiful beaches and mountainous backdrops. Just north of the city is wine-country, and vineyards there are now receiving intercontinental notice.

San Luis Obispo lies midway between Los Angeles and San Francisco, and here you will find quaint beach towns and more renowned vineyards. The city hosts a historic downtown that is excellent for walking and browsing storefront windows, while further north the famous Hearst Castle is located, along with isolated pristine beaches.

The Monterey Bay Region, which is the most northern of the Central Coast, spans the rugged Big Sur coastline through the southern communities of the San Francisco Bay region. Here you will find the renowned Monterey Bay Aquarium, the many galleries of Carmel, and the beach/college town of Santa Cruz. 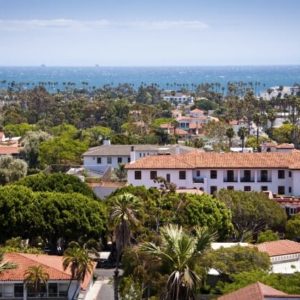 The wine industry thrives within each of the four Central Coastal regions, as well as quaint beach and inland towns replete with classic architecture, history, shopping, and dining opportunities. On the Central Coast, you will never be bored, with outdoor activities including surfing, fishing, biking, hiking, and kayaking. As for dining, diversity abounds, where fresh seafood restaurants, elegant bistros, and Santa Maria barbecue can be found virtually within walking distance from one another. Moreover, the famers’ markets of the Central Coast offer a variety of seasonal, organic produce, including the popular Thursday night market in San Luis Obispo.

As for lodging, everything from charming B&B’s to elegant hotels, resorts, inns, and retreats can be found throughout the Central Coast. Whether it’s resort pampering you are after, or a no-frills rustic camp retreat, you won’t be disappointed. The Central Coast offers these, and everything in between.

For recreational events, there are many that are ongoing, such as the All Year, Walk the Pier in Santa Barbara, Avila Beach, Pismo Beach, and Cayucos. Wine tastings occur from May through December throughout the Central Coast, and Farmers’ Markets are open from January through December. If you are interested in the arts, The Great American Melodrama, Clark Center, SLO Little Theater, Cal Poly Arts, and Symphony host productions from January through December, and each Wednesday evening you can listen to live Jazz at the Sea Venture. Golf events are held from September through January, and during the months of December and January you can enjoy watching Blue whales, Humpbacks, Mink, and Great Greys migrate south to Baja. In April and May, you can see them as they migrate to Alaska.

The weather is always just right in California’s Central Coast, with average annual temperatures experiencing highs in the mid-60s to low 70s.

So, if you have never visited California’s Central Coast, why not plan a trip to come and see what you’ve been missing? You’ll want to come back time and again to relive the experience!