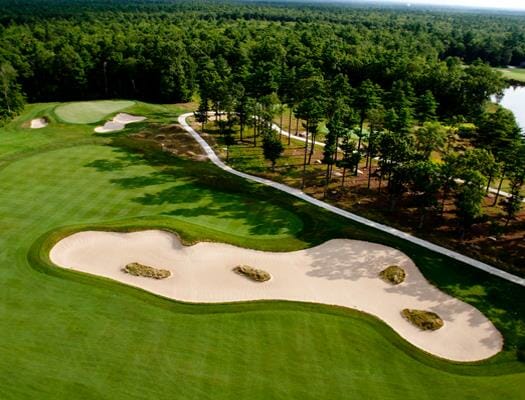 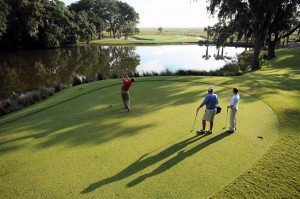 All encompassed in the Audubon International Organization are several of the best retirement communities available in what are undoubtedly the best states to retire for people of any tastes, be their preference in the snow-laden winter mornings in Massachusetts, or the sunny summer afternoons of Florida.

Audubon International’s mission statement makes it clear that they are working towards a better world saying, “To deliver high-quality environmental education and facilitate the sustainable management of land, water, wildlife, and other natural resources in all places people live, work, and play.”

The organization was reborn in 1987—one-hundred years after it began under conservation figureheads such as Theodore Roosevelt, Frank Chapman, and John Burroughs, who formed the original Audubon group; the name coming from infamous ornithologist, naturalist, and artist, John James Audubon. Once refounded in New York, it quickly grew in popularity as an incredible conservation effort. Audubon International came from this and reached its scope to a focus on education and certification for landowners and future landowners, hoping the non-profit efforts would make a difference.

This was largely successful due to its hard work to include all aspects of the community: interested partners, small businesses, large corporations, academic institutions, fellow not-for-profits, community associations, local governments, and state and federal agencies. Since its reopening, Audubon International has enrolled over 3,000 properties including golf courses, cemeteries, ski areas, housing developments, hotels, and communities in its rigorous certification programs.

Among these communities are the best places to retire.

In the Northern part of the country, Bay Club at Mattapoisett, Massachusetts, offers a lovely New England get away for every day luxury. The Bay Club is a country club, registered as the only community in New England to get Audubon’s rating of “Silver Sanctuary Community,” which is Audubon’s highest ranking—indicating that Bay Club’s acreage is 92 % “green.” Adding to the green-theme are the PGA Professional Brad Booth’s multiple golf courses offering six different courses and a six-hole course for the family. More than 189 home-sites keep the community alive and bustling in Bay Club. 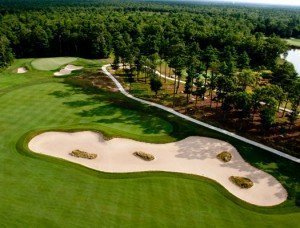 A little more south lies WindRiver in Tennessee, capitalizing on the lakefront environment. A private marina and private harbor keep fishers and lake-lovers busy throughout the day and direct access to Tellico Lake, part of the vast Little Tennessee River System, allows for limitless opportunities for fishing, boating, skiing, swimming and other outdoor recreation. The golf course, designed by Bob Cupp, is East Tennessee’s first Audubon Signature course. The views on the course are especially striking, but the entire community is a beautiful place to live. The gentle Tennessee climate mixed with lack of state in-come taxes and a lake life leisure has made WindRiver ranked as one of “Forbes” Magazine Top 25 Places to Retire.

Still further south is The Landings on Skidway Island in Savannah, Georgia. This private, gated community has as much personality as it does beauty. The lush green of Georgia’s intercoastal waterway provides a memorable backdrop for all of The Landing’s many amenities such as the 34 tennis courts, six private golf courses designed by Fazio, Palmer, Byrd and Hills, four clubhouse-restaurants, a 48,000-square-foot fitness/wellness center with spa services, 40 miles of walking & biking trails and five pools—all featured as resort style. The Landings claims 40 years of national awards for golf and community excellence, including the coveted Urban Land Institute’s award as “one of the nation’s best residential communities.” And it makes sense—with all six golf courses designated as Audubon Cooperative Sanctuaries, people fall in love with the beauty here.

At the very tip of the country is Sarasota National—Florida Golf and Retirement Communities, which are still underway. As of yet, Sarasota stands as a 2,400 acre community with 1,300 of those acres dedicated to preservation, conservation, and open space. The community has so far been approved for 1,584 homes, including 800 homes surrounding the golf course and country club portion of the community. It is because of its dedication to open, healthy fields that Sarasota National has received an Audubon Certification while still being so young.

No matter where it is you want to live, Audubon is working to locate, create, and preserve environmental friendly homes that deny the owners nothing by way of luxury.