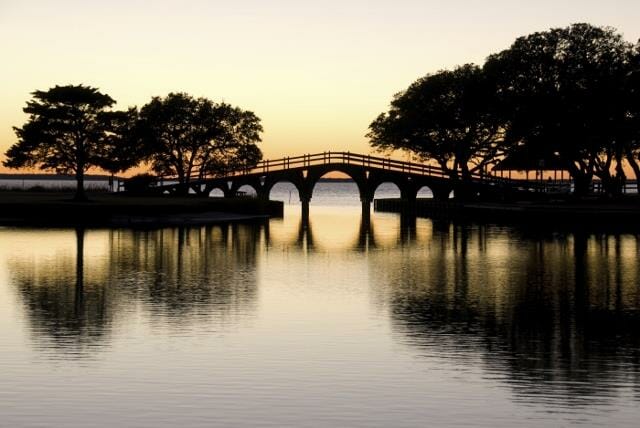 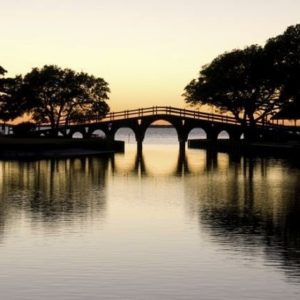 There’s nothing wrong with a little peace and quiet. Gloria Hoffman and her husband, Steve, are well aware of its importance, which was one of the many reasons they decided to make their home in Albemarle Plantation.

“It’s a quiet setting,” Gloria said about the community’s location, which is in Hertford, NC. “It’s important if you’ve lived in NJ and Northern VA! We needed to get away from all the traffic—there’s no traffic here!”

With its coastal, secluded location on the “Inner Banks” of the Carolinas,  and between the enchanting cities of Elizabeth City and Edenton, and not far from the beautiful beaches of the Outer Banks, Albemarle Plantation offers the peace and quiet that some retirees are looking for in their ideal retirement destination, along with much more.

The Hoffman’s bought land in Albemarle Plantation about 7 years ago, and would visit the plantation occasionally, staying with friends who lived on Little Circle. A little over a year ago they bought their own house, and on March 1, 2013, moved in to their new home. Though they keep a condo in Reston, VA (the city where their children and grandchildren live), their main residence is now Albemarle Plantation.

“We love the plantation for many reasons,” Gloria said. “We bought a 28 ft. Boston Whaler and the Marina is perfect for it. A lot of the places didn’t have the water, and that was a big reason we chose Albemarle Plantation.”

All the amenities—like the marina, the Dan Maples golf course, pool and fitness center, and walking trails—are completed, and allow for the kind of luxury you want in your ideal community. They are also 100 percent owned by the residents, which is a special feature of this community that insures the way of life here.

The people in the community make it a charming place to live as well. Before moving here, the Hoffman’s would visit a lot. “We got to know a lot of people before moving here,” Gloria said. “They’re friendly. When you’re here, they’ll come over and introduce themselves. It’s a community that’s just so fantastic.”

“It’s also not a 55 and older community,” Gloria said. “I love that.” Albemarle Plantation is home to a range of families, like military families, and even the community chef, Chef Leonard—whom the Hoffman’s have been very impressed with since moving in, “we love all his menus. He really mixes it up with themes, like Italian night”—and his family live in the community.

But the amenities and the people aren’t the only reasons the Hoffman’s call Albemarle Plantation home. Despite its seclusion, the community is in close proximity to their families. The drive to Reston is only about a 4 hour drive.

They also aren’t far from Steve’s family, the majority of which live in South Jersey.

“That’s also a pleasant drive, using the Lewes ferry. If we had gone any further South, it’d have been too far for a daytime drive. [Now] it’s less than 250 miles to both NJ and Northern VA.”

There’s a lot this community can offer; the Hoffman’s fell in love with its remoteness, and with the benefits of coastal Carolina living, and also with the proximity to family and friends.

“We have visitors twice a month. Ninety-five percent of the visitors love it here, and inquire about cost, etc.” Gloria said. “It’s been amazing for myself, my husband, and kids.”