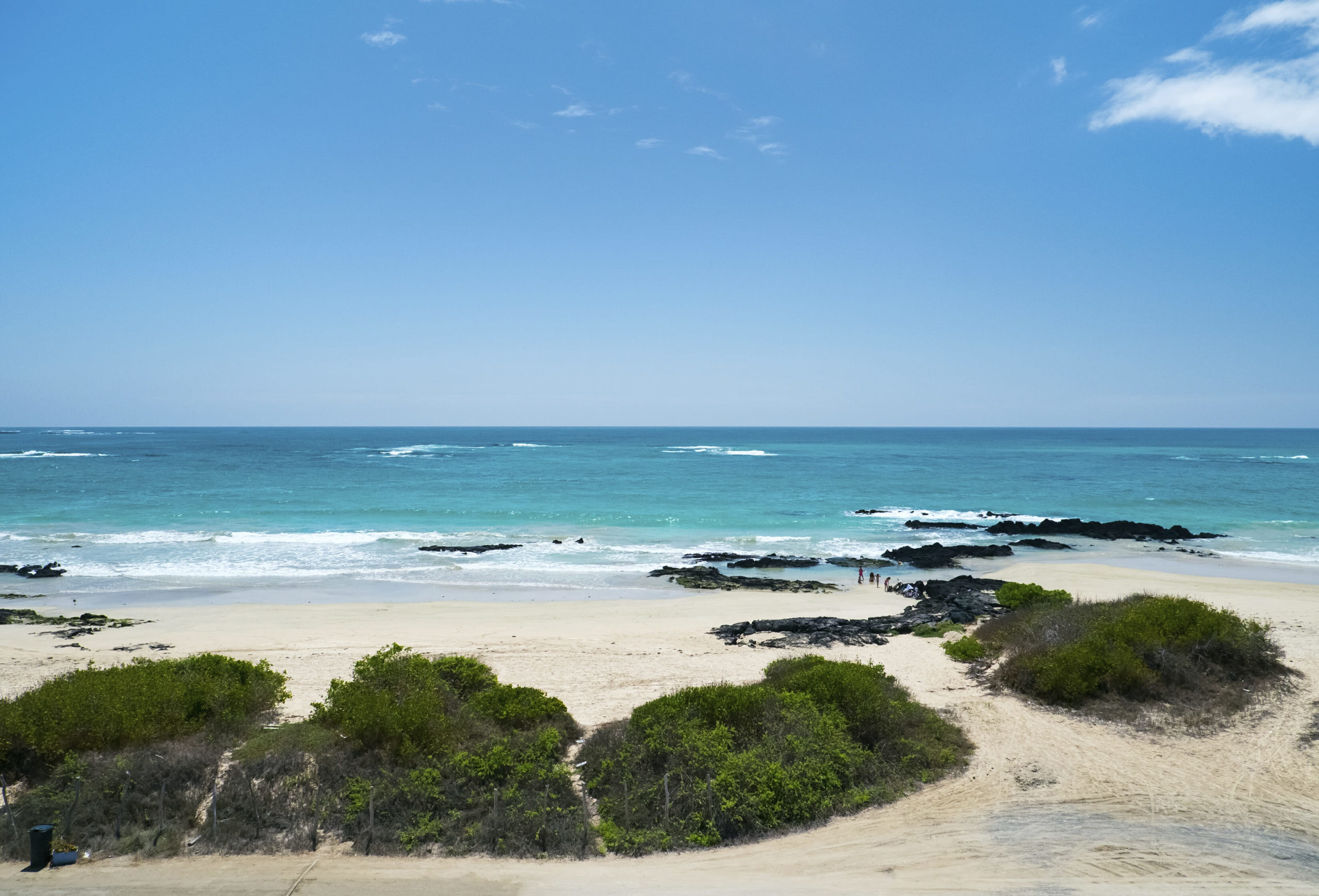 Even before the 2009 economic crisis, my family and I were concerned about our financial future. We are retired and live on a modest fixed income. Expenses to maintain our lovely home were escalating daily and we had reached the tipping point, incurring a negative cash flow that dipped aggressively into our savings.

Partially for financial reasons and partly because we were interested in a new adventure, we began looking into living abroad. There were good reasons to consider active adult communities in Costa Rica, Panama, Mexico, Brazil, Argentina, Uruguay and even Europe, but there were also disadvantages. Some countries were too expensive. Others lacked any remaining indigenous culture. A few had language barriers that were too steep. Europe was just too expensive. Then we discovered Ecuador, which popped up as the best country to fit our needs: affordable cost of living, ability to purchase an elegant yet inexpensive home and the presence of a vibrant lifestyle.

We spent months looking at websites and exchanging emails with expatriates living in Ecuador. We asked question after question, looking for accurate information. What we heard sounded good to us, but we weren’t sure we were getting the whole story. So, off we went for a three-week visit to scout out the two cities that were the best candidates-Quito and Cuenca.

Though it’s only about the size of Nevada, Ecuador has three distinctly different regions. First, there’s the seacoast which is hot, humid and, unfortunately, harbors the threat of malaria, but is incredibly beautiful and inexpensive. To the east is Amazonia, with its steaming jungle-somewhat spoiled by oil drilling and mining operations, home to the earth’s most diverse environment. Then there is the Sierra or the Andes mountains, which run like a spinal cord down the center of the country. The mountain range is filled with volcanoes, long verdant valleys and constant warm weather, a choice that was hard to ignore. Our cities of choice, Quito and Cuenca, were high in the mountains and, remarkably, enjoyed an almost spring-like season all year long, even though they sit almost on top of the equator.

The flight from the U.S. takes about four hours to Quito or Guayaquil, the major international airports. The Quito airport is right in the middle of the city, which makes for a hair-raising downtown landing. At 10,000-foot altitude, Quito rests in a long valley fringed by mountains that rise as high as 16,000 feet. The air is thin but caused us no problems, except when we climbed steep steps and panted a little until we adjusted. Quito’s streets are often more steep than those in San Francisco.

Our apartment was in the historic district, overlooking two immense cathedrals and the surrounding mountains dotted here and there with homes. A huge statue of Quito’s winged virgin stares down from one of the mountains as if guarding the city. The narrow, cobblestone streets are very congested with car and bus traffic. Similar to other developing countries, buses belch diesel exhaust, which was something we were not used to. At all times of the day and night, there were people everywhere, ranging from beggars and obviously poor indigenous people wearing classical Ecuadorian clothes of Panama straw hats and bright woolen shawls, to well-dressed business people moving quickly to their destinations. The Indian population is uniformly short with stocky features, dark hair, and warm, beautiful eyes. Everywhere we found kind, open and friendly people willing to help us communitcate with our mediocre Spanish.

Each morning, a human rooster came by at dawn calling “Christo, Christo,” over and over. One night we were awakened at 4:30 a.m. by 20 people marching down our street singing a beautiful song and carrying a statue of the Virgin Mary.

But, for us, Quito was too big, too congested, too polluted with bus exhaust and filled with unimaginable traffic. We looked at two suburban communities 50 minutes away by car called Cumbaya and Timbaco, which are thoroughly gentrified and have everything we are used to in the U.S. However, prices for homes were higher than we expected. There were many beautiful homes for sale, plus gyms, malls, auto dealers and restaurants, but we found the two communities rather sterile and too much like back home. A duplication of a U.S. town was not what we had come to South America to find.

We took a side trip by hiring a driver for the day for $70. The trip north from Quito to the market town of Otavalo took us through Ecuador’s flower-growing region. Because of the near perfect climate in the Andes, flowers grow year-round on acre after acre of cultivated land. Cut flowers are sent to Quito Airport and shipped throughout the world. The roses you buy at the local flower shop were probably picked yesterday in Ecuador.

Otavalo, about an hour north of Quito, is a pretty city on a lake that has turned the town plaza into an open air market, where the indigenous population has erected hundreds of stalls to display an unending selection of native Ecuadorian crafts.

After a week of looking at homes for sale in the Quito area and exploring the countryside, we took a 30-minute flight to Cuenca, rather than brave the tortuous 10-hour drive through the mountains required if you chose to go by car or bus. Our rented apartment was in the American zone, which has hundreds of English-speaking expatriates living very inexpensively in apartment houses.

Cuenca is an old colonial city filled with relics of Spain’s colonial days. A large part of the city has perfectly preserved historic buildings and a staggering 57 Catholic churches. Beautiful by any standard, it shares with Quito the title of being a world heritage site.

Majestic mountains surround Cuenca and have a dramatic effect on the weather. It was interesting to find that more rain falls and the weather is noticeably cooler at homes we inspected at higher elevations. The difference of a few thousand feet was dramatic. Fortunately, we found the weather warmer by about five to 10 degrees and with considerably less rain in Challuabamba, a spectacular valley 2,000 feet below Cuenca and only a 15-minute drive from the city.

Life on the Equator

One of the reasons we chose the Sierra Mountains in Ecuador is that the temperature every day of the year is a constant 60 to 70 degrees and only goes down to 50 degrees at night. Rather than the four seasons we left in the U.S., there are only two seasons in the Sierra-the wet season, which runs from January through March, and the rest of the year, which is the dry season. A typical day in Cuenca is bright sun until afternoon, when rain showers come from the clouds racing over the mountains. It is a climate to be envied anywhere, and quite a surprise since it lies on the equator, where you’d expect sultry heat night and day.

Again, the equatorial sun is not what you would expect. Because the sun is directly overhead at the equator and there is almost no pollution at Cuenca’s altitude, the clouds and sky are intensely bright. The stark contrasts created by the intense sun are a photographer’s dream come true.

There are malls that have everything you would find in the U.S. Huge, modern supermarkets, gyms, high-end clothing stores and almost anything else imaginable are available. Imported goods are more expensive than locally produced items. But, labor is very inexpensive and locally produced items like fruits, vegetables and regionally-made furniture are pleasantly inexpensive. There are a number of great markets for fruits and vegetables, many varieties we had never seen before. Our favorite was a market covering two city blocks with hundreds of stalls selling fruits, vegetables, clothing and even live animals.

Taxi rides within the city are $1.00 to $1.50 to most places and make city commuting affordable and easy. You only need a car if you live outside the city.

We had learned from our email conversations that expatriates meet every Friday evening at the La Parola Restaurant in Cuenca to socialize over drinks and conversation. The night we attended, there were 35 people who had moved to Cuenca from all over the world. Many of them rent for $700 to $850 per month or have bought modern two to three bedroom apartments in the $50,000 to $75,000 range in one of the seven-story high rise buildings in the American sector. Furnished apartments are a good compromise while looking for a home to buy or lease.

Our investigations led us to Cuenca Real Estate (www.cuencarealestate.com) and Monica and Kathy, who showed us dozens of homes for sale. Houses cost far less, comparatively speaking. Of course, the farther out you go from the heart of the city, the more you get for the dollar.

Unlike in the U.S., it is not easy to get facts and real estate information, but persistence pays off. Business transactions are very casual for things such as applying for residency, buying property, or leasing an apartment. We would highly recommend hiring a lawyer who speaks English for each of these transactions. We found a good lawyer who has the patience of Job.

When buying a home, there is no such thing as an inspection, as we are accustomed to in the U.S. People sell as is. Be very careful. It’s a good idea to hire an architect or structural engineer to examine the house and give recommendations.

By the way, Ecuador uses the U.S. Dollar, so there are no currency fluctuation problems, as is the case with the Euro and other currencies.

On our last weekend, we found a home that was much grander than we had been looking for. With five bedrooms and eight baths, it rests high on a mountainside in the Challuabamba valley. Even more desirable, the house has a massive social area, an indoor 40-foot-long swimming pool, a sauna, a steam room and an outdoor tennis court. All of this came for an amazing $250,000. Home sweet home, indeed.