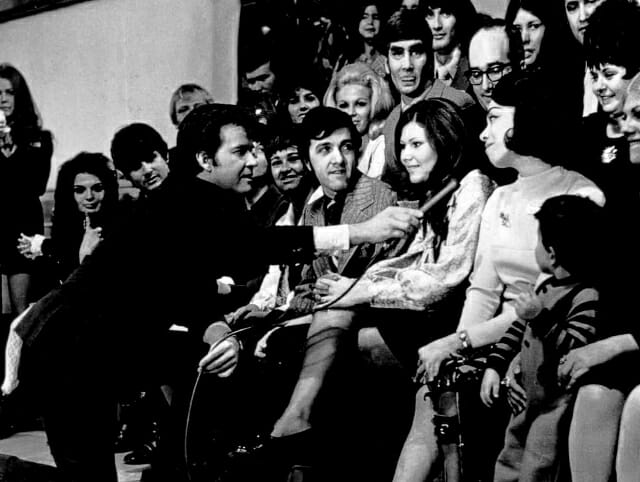 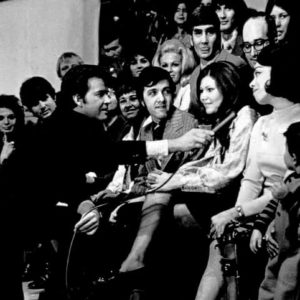 On weekday afternoons in the late 1950s, millions of households would tune into the TV hit “American Bandstand.” Hosted by Dick Clark, the show brought rock ‘n roll music and the latest dance steps into the living rooms of many fans. Regular segments on the show included “The Spotlight Dance,” the American Bandstand Top 10 Countdown, and fan-favorite “Rate-A-Record”, where teens would rank and comment on new songs. Teens tended to go with criticisms like “It’s got a good beat, and you can dance to it.” This show definitely had a “Whole Lotta Shakin’ Goin’ On.”