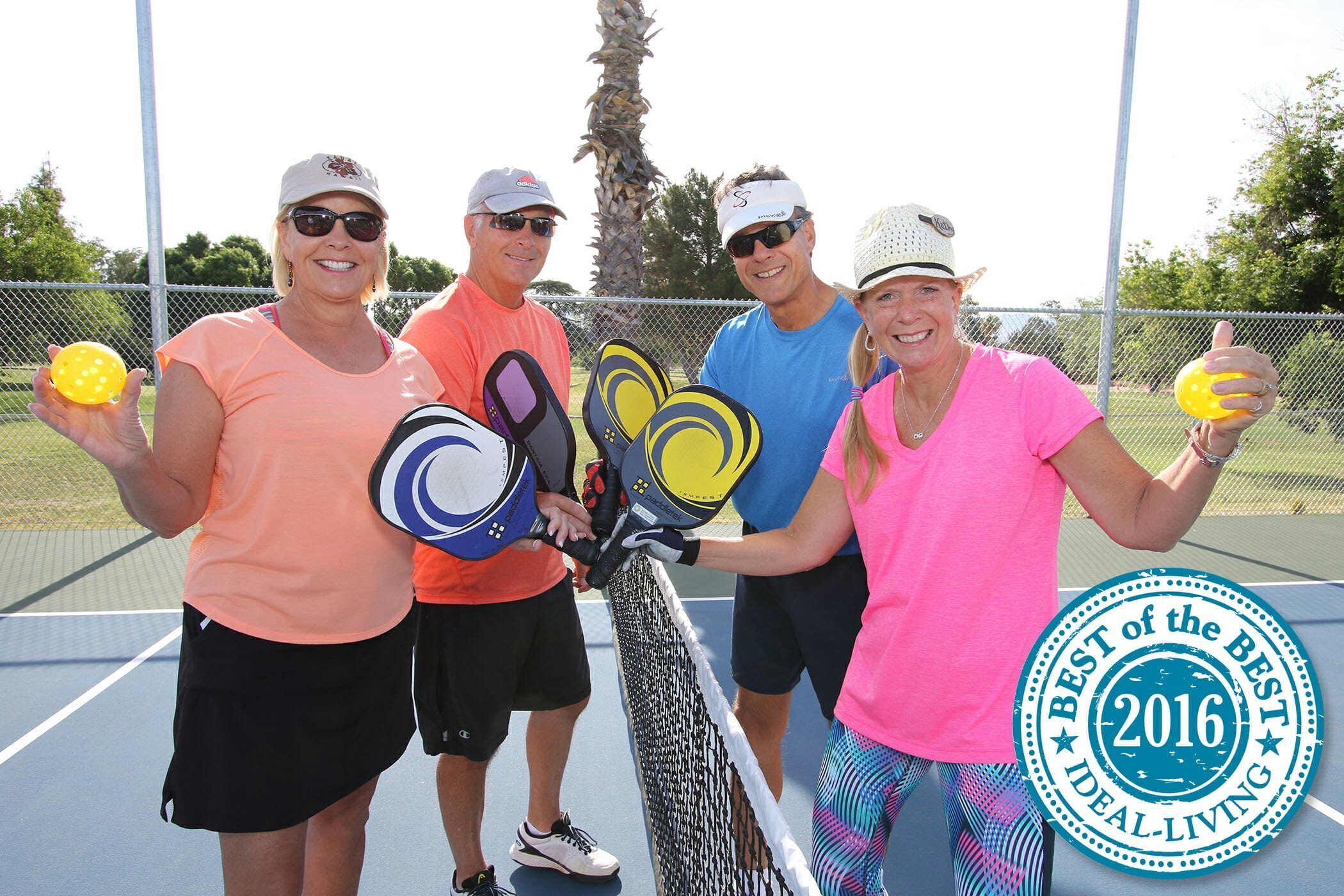 The national active adult retirement magazine, ideal-LIVING, has named Green Valley Recreation, Inc.’s (GVR) Pickleball Club as the “The Best of the Best” in its Summer 2016 edition to be published in June. The honorees also will be revealed on the magazine’s website at www.ideal-LIVING.com.

“We are excited about receiving this designation,” said GVR CEO Kent J. Blumenthal, Ph.D.,CAE, “because it validates Green Valley Recreation’s vision of becoming the destination of choice for active adults and retirees. GVR offers recreational amenities that are sought after by the next generation of retirees, and we have one of the finest Pickleball Clubs and facilities in the country.”

GVR’s Pickleball Club was one of 10 designees in this category to earn the honors. Hundreds of nominations were submitted to ideal-LIVING earlier this year for 40 categories of recognition. A special editorial committee assembled by the publication reviewed the qualifications of each nominee and selected the winners. GVR’s Pickleball Club was selected as “Best of the Best” in its category.

Coincidentally, the GVR Pickleball Club also celebrates its 10-year anniversary as a GVR club in June. Chartered in 2006 with just 38 members, the club’s membership has swelled to 696 members due to the exploding popularity of the sport among active adults. A recognized club of GVR — a non-profit organization that operates 13 recreational, fitness and sports centers in Green Valley, Ariz. — its members play on GVR’s 11 pickleball courts located at two of GVR’s centers.

The club also manages the Pickleball Tournament held in conjunction with the annual GVR Foundation’s Southern Arizona Senior Games that take place during the entire month of March in Green Valley. The games feature more than 30 competitions for active adults over age 50 and draw 1,000 participants.

GVR Pickleball Club President Jeff Harrell said he’s surprised and elated at the honor. “We have such a welcoming, social and friendly club with nearly 700 members here in Green Valley.

Our club members range from beginner novice to highly skilled instructors, but there is such great camaraderie, love of the sport, and willingness to teach and help others improve their game.

“Our new members often comment on how quickly they are accepted and welcomed, whether they are experienced players or new to the game,” he continued.

For more than 25 years, ideal-LIVING magazine has been a leading national publication for readers who are nearing retirement age or who are interested in the benefits of relocating their families or businesses. The quarterly magazine has over 100,000 subscribers.